Romney Distorts His Record As Governor

During Tuesday’s presidential debate, Mitt Romney continued to sell himself as a turnaround artist and savior of the economy—a former CEO whose stellar business acumen will create an abundance of jobs (12 million in four years, to be exact), champion small businesses, and improve the middle class.

But what Romney failed to mention is that when he inherited Massachusetts’ damaged economy in 2003, he was unable to spur the economic growth he had promised in his gubernatorial campaign. And it doesn’t stop at an unsuccessful economic policy. Many of the “accomplishments” that Romney touted last night, such as his education policies and his advocacy of women in the workplace, were futile as well. If we delve deeper into Romney’s record as governor of Massachusetts and look past the lies he spouts, we can foreshadow what a Romney presidency would look like. And it’s not a very promising vision.

Last night at the debate, Romney promoted his five-point plan, alleging that he “knows why jobs come and go.” He claimed that he knew “what it takes to get this economy going.” But does he? Here is how Romney’s leadership played out in the Massachusetts economy from 2003 to 2007:

Though Romney assaults Obama’s economic record, job growth in the U.S. has been swifter under Obama than job growth in Massachusetts under Romney.

Romney also likes to flaunt the education policies he put in place in Massachusetts. Last night at the debate, he boasted about his John and Abigail Adams Scholarship, which he claimed would send the top quarter of each high school class to the Massachusetts college of their choice tuition-free. But this is not the full picture. Here is the reality of Romney’s education policies in Massachusetts, according to a report in the Boston Globe:

When asked about pay equity, Romney highlighted his efforts as governor of Massachusetts to hire women to work in his administration. However he does not have a history of appointing women to high-level positions in the private sector, nor did he appoint many women to judicial positions:

Romney’s record in Massachusetts related to women’s health is also not very encouraging:

Romney is right that his record as governor of Massachusetts shows us a lot about how he would act as president. But he’s intentionally misleading voters about what that record is. 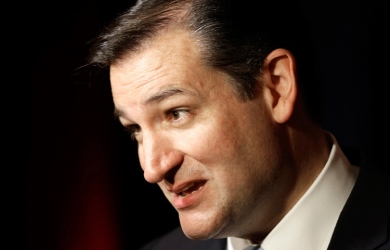