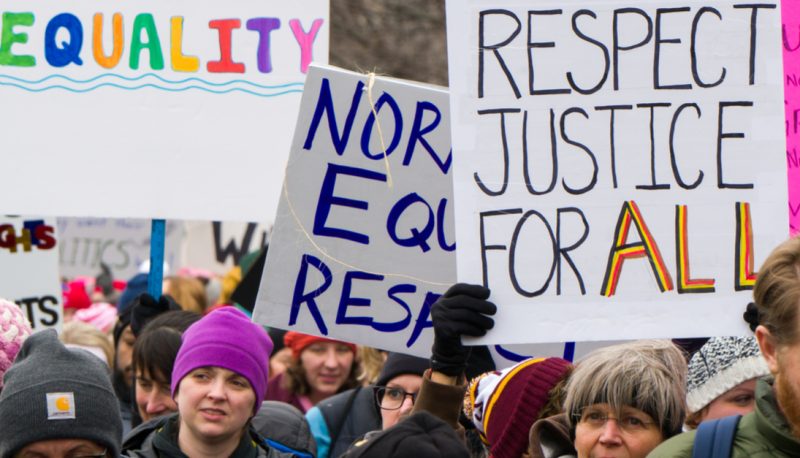 Trump’s gag rule was officially announced on May 22 following the publication of this post.

Recent media reports suggest that the Trump administration will soon target Planned Parenthood by adding dangerous new restrictions to the Title X family planning program that helps millions of low-income people access birth control and other reproductive health care. We know that Title X is a smart investment in public health. We also know that Trump’s so-called “domestic gag rule” would be yet another all-out attack on women that simply picks up where the global gag rule leaves off. As noted in an opposition letter sent by People For the American Way and allied organizations, this would further entrench economic and racial disparities in our nation’s health care system. You can download our letter here.

As organizations dedicated to improving access to high-quality, affordable health care for all people, we write to register our grave concerns should your agency consider undermining the Title X family planning program by instituting a domestic “gag rule.” The rule, which was first advanced by the Reagan administration in 1988, is nothing less than an effort to eviscerate access to care and information for people with low incomes and underserved populations. In support of the millions of women, men, and young people who would be most harmed by this damaging policy, the more than 110 undersigned organizations strongly urge you to unequivocally reject calls for any iteration of the domestic gag rule.

A domestic gag rule, if imposed, would compromise the program’s continued success and would unacceptably interfere with Title X-supported providers’ commitment to offering high-quality care. First, by denying Title X patients full information about their health care options, the domestic gag rule would force doctors, nurses, and other medical professionals to knowingly withhold important information from their patients. This means that the more than four million people that go to Title X-supported providers annually would be denied information or counseling on, and referrals for, safe and legal abortion. In doing so, the rule would contradict the primary purpose of Title X to provide the “educational, comprehensive medical, and social services necessary to aid individuals to freely determine the number and spacing of their children.”5 It would also contravene commonly accepted ethical and medical standards, such as those upheld by the American College of Obstetricians and Gynecologists and other professional medical organizations, which underscore informed consent as the cornerstone of medical care.6 This would consequently undermine the relationship of trust that patients need and should have with their healthcare professionals.

Second, the Reagan-era domestic gag rule sought to impose an onerous new “physical separation” requirement on providers that both offer Title X-funded services and separately provide abortion using non-federal funds. Given that the statute and regulations already explicitly bar providers from using Title X funds for abortion, this change serves no conceivable purpose except to try to make it impossible for abortion providers to participate in Title X. This accords with recent calls for the domestic gag rule’s revival from anti-abortion groups and lawmakers, which have touted it as a political measure expressly aimed at blocking Planned Parenthood health centers from seeing Title X patients—even though its impact would extend to the entire Title X network and the millions of people who rely on it for care. Because Planned Parenthood serves more than 40 percent of the program’s patients nationwide,7 its elimination from Title X would cause the remaining Title X provider network to face enormous challenges in trying to absorb the organization’s patients, and would likely lead patients to delay or even forgo critical Title X-funded care.

Together, these changes would further entrench inequity in our nation’s health care system, which too often denies high-quality care and information to people with low incomes and people of color. More than half of the estimated four million family planning patients served through Title X belong to groups that face health inequities by virtue of their race or ethnicity. Twenty-one percent of patients receiving care through Title X are African American, and 32 percent identify as Hispanic or Latino.8 People of color in particular are already more likely to face serious health challenges, including higher-risk pregnancies, resulting from systemic barriers reducing their access to quality and compassionate health care services and resources.9 And, consistent with Title X’s statutory purpose, most patients that receive Title X-supported care have low incomes or lack insurance coverage: nearly two-thirds of Title X patients have incomes at or below the federal poverty level, and 43 percent of patients are uninsured.10 Putting more obstacles in the way of these patients’ access to essential reproductive health care and information would only worsen the existing problem.

Outside of the United States, we have already seen the Trump administration re-impose and expand the global gag rule. The global gag rule blocks U.S. global health assistance to all foreign nongovernmental organizations that use their own funds to engage in any abortion-related service delivery or advocacy—including providing information, counseling and referrals. By forcing many of the most effective and trusted health care providers to forgo funding if they refuse to abide by the rule’s restrictive demands, the global gag rule threatens people’s access to essential health services, including contraceptive and maternal and newborn health care.11 Although different in many ways, the global gag rule and domestic gag rule are motivated by the same ideological agenda—an agenda that, whether imposed within the U.S. or abroad, we forcefully oppose.

The undersigned organizations therefore urge you to reject any proposals that would restrict access to high-quality, affordable family planning care under Title X, including the harmful domestic gag rule.