SCOTUS Avoids a Step Toward the Surveillance Society, But By Only One Vote - People For the American Way
Skip to main content

SCOTUS Avoids a Step Toward the Surveillance Society, But By Only One Vote 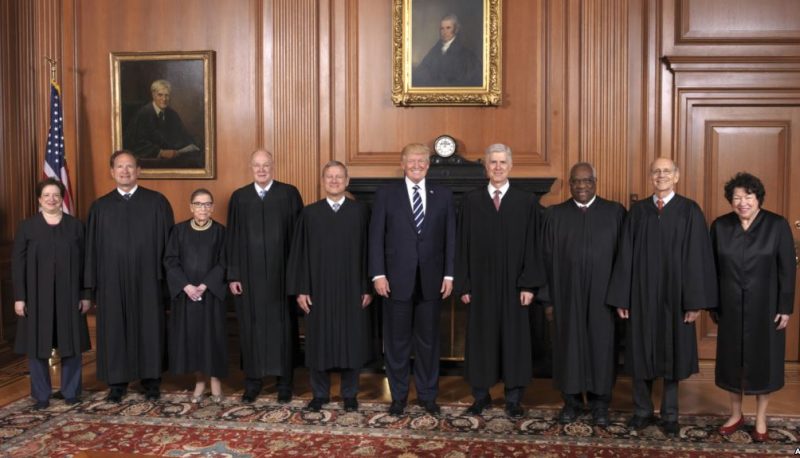 The good news is that the Supreme Court reached the right conclusion in Carpenter v. United States: the police generally need a search warrant before ordering a cell phone company to hand over months of location information for a customer’s phone (and, by extension, for the customer). The bad news is that this protection of our Fourth Amendment rights came in a closely-decided, 5-4 ruling.

In this case, Detroit police—without a warrant—had ordered two cell phone companies to turn over data on where Timothy Carpenter’s phone was over a four month period as part of several robbery investigations.

Chief Justice Roberts wrote the majority opinion ruling that a warrant was required, joined by the moderate justices: Ginsburg, Breyer, Sotomayor, and Kagan.  That means John Roberts was the swing justice, which tells you just how far right the Court has moved in the past generation.

Our phones contain an immense amount of information about ourselves, and they track and record our location  hundreds of times a day. The volume of information and its personal nature make them like no previous technology. Our phones play a vital part in how we carry out our lives, and the fact that records belong to the phone company does not automatically eliminate our Fourth Amendment interests in how that information is used.

The majority ruled that a person has a reasonable expectation of privacy regarding the location data collected by their cell phones and transmitted to the carrier.  The company can’t just hand it over to law enforcement.  To the contrary, at least with several days’ worth of location data, law enforcement needs a warrant.

While the principle laid down in this case is good, the Chief Justice stressed that the holding is narrow, limited to this specific type of data (CSLI, or call-site location information) under these circumstances. Decisions regarding other types of cyber-data and other circumstances will have to wait for another day.

Justice Kennedy (joined by Alito and Thomas) criticized the Court for “unhing[ing] Fourth Amendment doctrine from the property-based concepts that have long grounded the analytic framework that pertains in these cases.”

Customers like [Carpenter] do not own, possess, control, or use the records, and for that reason have no reasonable expectation that they cannot be disclosed pursuant to lawful compulsory process.

Justice Gorsuch did not join Kennedy’s dissent, and he wrote one of his own that no one else joined, suggesting he might have ruled for Carpenter under a different legal theory. Rejecting the judicial inquiry into an expectation of privacy, he suggested turning to legislatures. In this case, federal law significantly limits how telecom companies can use the location data they collect without the customer’s permission, suggesting there may be a sufficient ownership interest in the data to trigger Fourth Amendment protections. However, Gorsuch did not apply this approach to the case because Carpenter had not made this legal argument. Gorsuch’s proposed approach would seem to limit the courts’ ability to protect individuals’ constitutional rights by allowing Congress and state legislatures to influence what material is protected under the Fourth Amendment.