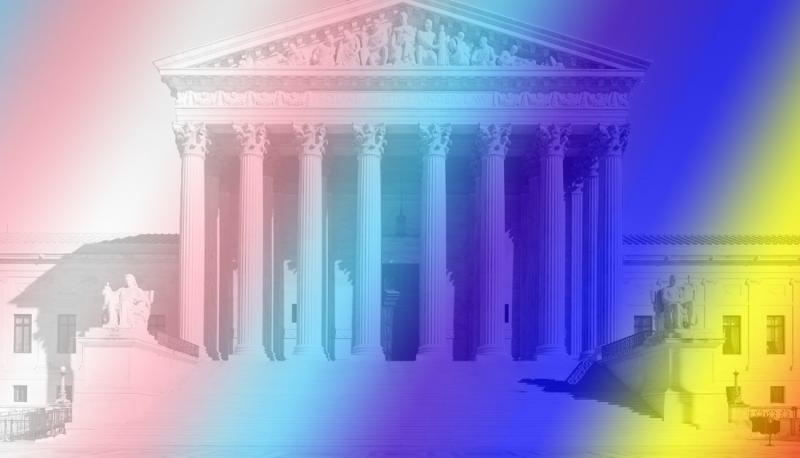 On April 22, the Supreme Court announced that it will take up three cases having an enormous impact on workers’ rights and workplace discrimination against LGBTQ+ people.  The cases give the justices a chance to affirm that Title VII’s existing prohibition against sex discrimination includes discrimination on the basis of gender identity (Harris Funeral Homes v. EEOC) and on the basis of sexual orientation (Bostock v. Clayton County and Altitude Express v. Zarda).

Former Justice Kennedy authored all of the Court’s major rulings recognizing LGBTQ+ equality. He has been replaced by Justice Kavanaugh, who the far Right hopes will be part of their efforts to strip basic rights, liberties, and dignity from LGBTQ+ people.

The Court last addressed LGBTQ+ equality less than a year ago in Masterpiece Cakeshop. Although the case was remanded to the lower courts due to an unusual circumstance in the state administrative record, Justice Kennedy’s opinion for a 6-3 majority reinforced that our nation has moved past the time when LGBTQ+ people can be treated—and mistreated—as outsiders in our society. Justice Kennedy wrote:

Our society has come to the recognition that gay persons and gay couples cannot be treated as social outcasts or as inferior in dignity and worth. For that reason the laws and the Constitution can, and in some instances must, protect them in the exercise of their civil rights. The exercise of their freedom on terms equal to others must be given great weight and respect by the courts.

Joining him in this powerful guidepost for the judiciary were Chief Justice Roberts and Justices Breyer, Alito, Kagan, and Gorsuch. Two additional justices—Ginsburg and Sotomayor—agreed with this sentiment in their dissent.

Justice Kavanaugh has not yet addressed this area during his first half-year on the nation’s highest court. However, two of President Trump’s circuit court judges had a role in the Bostock case: Eleventh Circuit judges Kevin Newsom and Lisa Branch voted to keep the door open to discrimination on the basis of sexual orientation.

The issues here are straightforward and have been increasingly affirmed by the lower courts. Even if there were doubt that discrimination against a transgender person is discrimination based on their sex, a key 1989 Supreme Court precedent makes it clearer. In Price Waterhouse v. Hopkins, the Court held that employment actions based on sex stereotypes constitute prohibited sex discrimination under Title VII. And even without Price Waterhouse, allowing women employees to date men but firing male employees who do the same is obviously a sex-based decision that lower courts are increasingly recognizing as covered by Title VII.