Senate Hearing on Children at the Border: “An Appalling Disregard for Human Dignity” - People For the American Way
Skip to main content

Senate Hearing on Children at the Border: “An Appalling Disregard for Human Dignity” 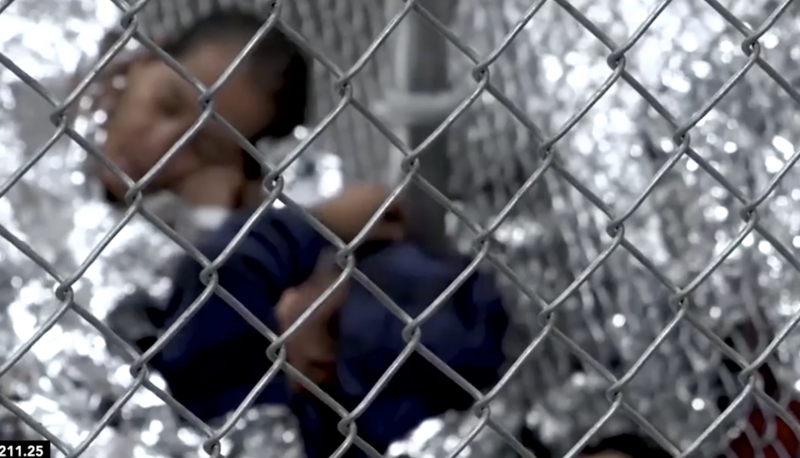 The Story of Mariee Juárez is Devastating and Happening Every Day

On July 23, the Senate Democratic Policy and Communications Committee held a hearing about the Trump administration’s cruel treatment of immigrant children and families on our southern border.

President Obama established the Family Case Management Program (FCMP) in 2014 to help immigrants acclimate to living in the U.S. and ensure that they got proper legal representation. President Trump now calls this Migrant Protection Protocols (MPP), and as we well know, his administration’s conditions for the program are very different. Under MPP’s guidelines, it is so difficult for immigrants to find an attorney that they are often left to navigate the legal system alone. Under the guise of deterrence, Trump’s policy is simply another means to continue separating families and fulfill his anti-immigrant detain-and-deport agenda.

The first witness to share testimony, Hope Frye, legal expert and Project Lifeline Executive Director, described immigrant children’s unsafe and unsanitary living conditions–how they are forced to live for weeks without bathing, sleep on cold concrete and beg for medical attention and food. She advocated for the Stop Cruelty to Migrant Children Act as a means to address the humanitarian crisis.

Hope Frye: “Children are going hungry… The children we saw were filthy and many children were covered in mucus and vomit.” #AmericaSpeaksOut #HereToStay #CloseTheCamps pic.twitter.com/QMiBL3kC3t

Dr. Amy Cohen, child psychiatrist and Physicians for Human Rights Asylum Network member, addressed the severe psychological trauma that children detained at the border experience. Such poor treatment results in toxic stress with detrimental consequences. Children are not meant to be separated from their parents or caregivers — it takes a huge toll on their emotional and physical wellbeing.

Dr. Cohen: “Separation from trusted caregivers is known to be the most severe trauma a child can endure.” #AmericaSpeaksOut #HereToStay #CloseTheCamps pic.twitter.com/WUAoboCTUr

Imelda Maynard, who lives in a border town and is senior attorney at Catholic Charities of Southern New Mexico, admonished the Trump administration for criminalizing children. She recalled how one woman and her son ended up returning to their home country when conditions at the border became too dismal to endure.

Imelda Maynard: “The bottom line is that we need to stop criminalizing families who come here to refuge.” #AmericaSpeaksOut #HereToStay #CloseTheCamps pic.twitter.com/6HiNH70weA

Michelle Brané, policy expert at the Women’s Refugee Commission, discussed the alternatives to detention centers like the original FCMP pilot program that could be expanded to serve more people. She called for action to end Trump’s MPP and find other means to address overcrowding at the border.

Michelle Brane explaining how “alternative to detention” programs are highly successful according to ICE’s own reporting and save taxpayers a significant amount of money. #AmericaSpeaksOut #HereToStay #CloseTheCamps pic.twitter.com/UXcQsZujOw

It is unacceptable that immigrants who are fleeing oppression and violence in their home countries are forced to endure dehumanizing border condition aimed at keeping them out of the U.S. We cannot pretend this is not happening. We cannot pretend we don’t know. This brutality will continue only if we allow it to.