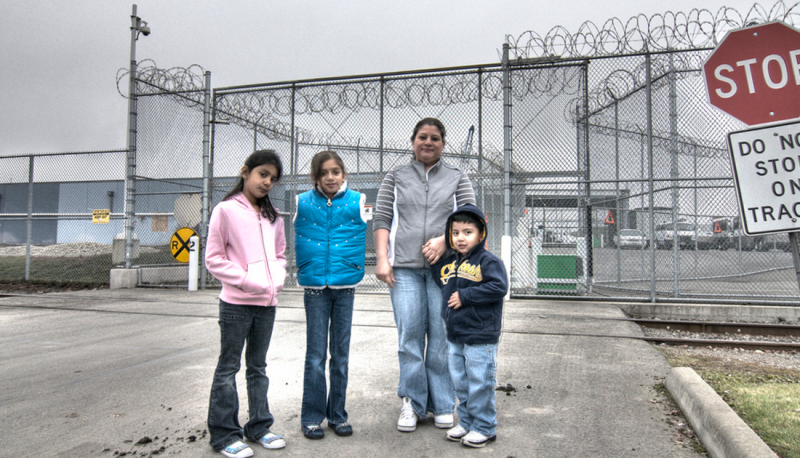 While we work hard to keep permanent protection for Dreamers at the top of Congress’s to-do list, immigration advocates are also keeping a watchful eye on the U.S. Department of Homeland Security (DHS). On December 21, The New York Times reported that DHS is considering separating immigrant families who face deportation. Right now families in custody are held together, but children and their parents would be sent to different detention facilities under the potential new policy. To mark DHS Secretary Kirstjen Nielsen’s appearance before the Senate Judiciary Committee on January 16, People For the American Way and PFAW’s African American Ministers In Action joined the Women’s Refugee Commission and more than 100 other national, state, and local organizations in opposing further trauma for families already fleeing harm and standing up for their right to access the legal process. You can download our letter, with signers and footnotes, here.

We, the undersigned organizations who serve or work on behalf of immigrants, refugees, and asylum seekers, write to express our profound opposition to the proposal currently under review to separate migrant families arriving or apprehended at our borders.1 This proposed policy is fundamentally un-American, cruel, and breaches U.S. and international child welfare and refugee principles and laws. Family separation will only further traumatize those already fleeing harm, and will inhibit their ability to access a legal process to which they have a right. Moreover, family separation will not deter future others from seeking protection. Instead, it will only render them even more vulnerable on an already dangerous journey. We urge you to reverse course on any policy proposal that would seek to tear apart families or otherwise inflict trauma and harm.

Family unity is recognized as a fundamental human right, enshrined in international law.2 Moreover, separating children from their parents is cruel, traumatizing all those involved,3 and exposes children to toxic stress that can have lifelong consequences.4 The American Academy of Pediatrics expressed serious concern over a similar proposal by your predecessor, calling the plan “harsh and counterproductive” and stating that authorities should “exercise caution to ensure that the emotional and physical stress children experience as they seek refuge in the United States is not exacerbated by the additional trauma of being separated from their siblings, parents or other relatives and caregivers.”5

As illustrated by a complaint recently filed with the Department of Homeland Security’s (DHS) oversight components, as well as recent media reports, separating family members at the border, including in numerous instances where a parent is subsequently referred for criminal prosecution, presents additional, unnecessary obstacles to meaningfully accessing the legal process. The practice of separating family members at the border seriously impacts the ability to present their case for legal protection.6 Parents or children may be uncomfortable or simply unable to articulate the details of an asylum claim that is in fact linked to the family member from whom they have been separated. Separation could also result in only one family member retaining important documents that help the family to establish identity or provide much needed evidence to support their claim. Currently, DHS components and the Office of Refugee Resettlement (ORR) lack the mechanisms to ensure not only that communication between separated family members is coordinated, but also to ensure that family members who have been separated can pursue their case together if they wish to do so. Cases where one family member is referred for criminal prosecution for illegal entry or illegal re-entry present not only additional hurdles to family reunification, but the DHS Office of Inspector General (OIG) has already identified the prosecution of asylum seekers as a practice that may violate U.S. obligations under international law.7

In addition, rendering thousands of children unaccompanied and sending them to ORR custody will unnecessarily overwhelm the system and cause a crisis in care. Children may ultimately languish in CBP custody for significant periods of time as they await transfer to ORR shelters that will now find themselves with a sudden and significant increase in children, including toddlers and babies, requiring care. In other words, family separation would not only traumatize families and create obstacles to protection, it will come at great financial cost and create chaos while overburdening current government systems.

Many of the families who are currently turning themselves in to U.S. border officials or presenting themselves at ports of entry are doing so because they feel they have no other choice for survival. Similar policies of detaining asylum-seeking families to deter their migration have already been found by a U.S. court to violate U.S. law.8 Comprehensive research of DHS data has proven that even U.S. policies of deterrence will have little impact on migration from Northern Triangle countries, and in fact, spikes in regional violence have a causal effect in driving migration.9 Indeed, evidence has shown that children and families fleeing Northern Triangle countries continue to seek asylum in other surrounding countries.10

Secretary Nielsen, we implore you to respect the principles of family unity and liberty in our immigration and border enforcement policies. Families should not be separated nor needlessly locked up in costly and inhumane family or adult detention facilities. The Department has long had alternatives available to both practices, including the recently terminated Family Case Management Program (FCMP), to mitigate flight risk and support compliance with immigration requirements and court proceedings.11 Respecting the fundamental right to family unity and the right to seek safety without fearing punishment through detention or separation from one’s children, parents, or other family members is not at odds with our laws and values but in fact a central component of those laws and values that this Administration has committed to uphold.

If you have any questions, please do not hesitate to reach out to Katharina Obser at the Women’s Refugee Commission at katharinao@wrcommission.org or Katie Shepherd at the American Immigration Council at kshepherd@immcouncil.org for more information.