By now you may have heard who President Trump had as dinner guests at Mar-a-Lago over Thanksgiving week. Among them was the 24-year-old Nick Fuentes, who has spent several years building an online following among by promoting a poisonous mix of bigotry and anti-democratic ideology.

Fuentes doesn’t hide his virulent racism. He uses the N-word. He says Black people who are unhappy about racism should move to Africa. He has said everyone was better off under Jim Crow segregation. He argued that increased violence against minorities would be an acceptable tradeoff to restoring an “American identity” based on a “white demographic core.”

More than just an agitator spewing hateful rhetoric, Fuentes was also a leader of the movement that tried to keep Trump in power with false claims after he lost the 2020 election. Fuentes openly advocated Trump taking over as a dictator and putting an end to elections.

As a Christian, it is disturbing to me that Fuentes wraps all this ugliness in a claim to be a champion of Jesus Christ calling for a Christian nation.

As an American, it is deeply disturbing to me that an extremist like this would be sitting down to dinner with the former president—someone who is running to be president again.

And it is even more disturbing that so many Republican leaders cannot bring themselves to criticize Trump for dining with Fuentes. Trump claims he had no idea who Fuentes was, but even after he found out, he would not clearly and emphatically denounce Fuentes or his extremism.

That is a sign that Fuentes and his America First movement have had some success at infiltrating the Republican Party and conservative movement with his agenda. And a sign that there wasn’t enough distance between Trump’s MAGA movement and guys like Fuentes in the first place.

Just to add to the strangeness of this story, Fuentes was at Trump’s house for dinner because he came along as the guest of Kanye West—now known as Ye—who has himself been in the news for promoting anti-Semitism. Ye’s journey into far-right politics has been hard to watch. It’s even harder to understand how it would lead him to partner with someone who so energetically promotes racism.

Ultimately, this is much bigger than any one person or get together. This is about what kind of country America is, what kind of country we want it to be. Since our earliest days, we have been engaged in a struggle to make the reality of life in this country more fully reflect our highest ideals. We have been engaged in a long struggle to build a genuinely multiracial, multiethnic, multireligious nation in which all of us are able to participate in our democracy and share the benefits of a free, diverse, and prosperous society. If we are to continue building a more perfect union, we must be willing to stand up to the bigots and bullies. We must boldly proclaim and pursue our own vision of the future.

Watching this latest episode involving Trump has made me even more grateful that the much-predicted “red wave” did not wash over the country on election day. Many of Trump’s hand-picked candidates were defeated. That was good news for our democracy. But too many promoters of Trump’s Big Lie about the 2020 election did win and are now in positions of power. And too many have just shown us that they are unwilling to take a clear stand against bigotry and anti-democratic extremism if it might risk angering Trump or his supporters.

And that is a reminder that we must never let up in our defense of democracy. We must always remain alert. And we must always vote.

Ben Jealous serves as president of People For the American Way and Professor of the Practice at the University of Pennsylvania. A New York Times best-selling author, his next book “Never Forget Our People Were Always Free” will be published by Harper Collins in January 2023. 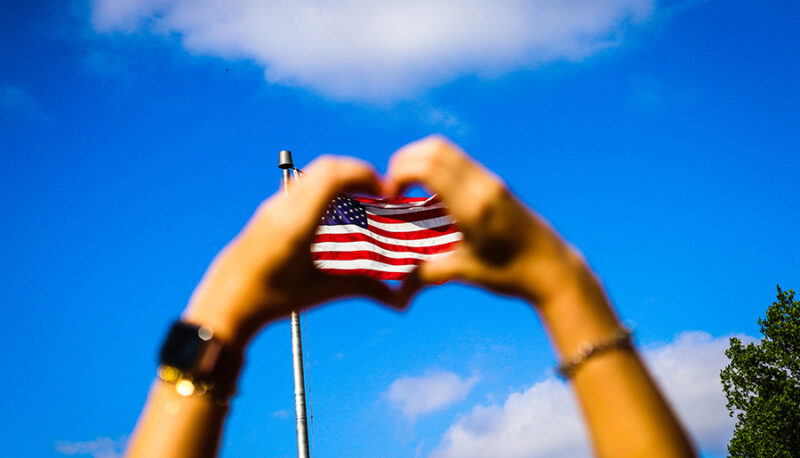