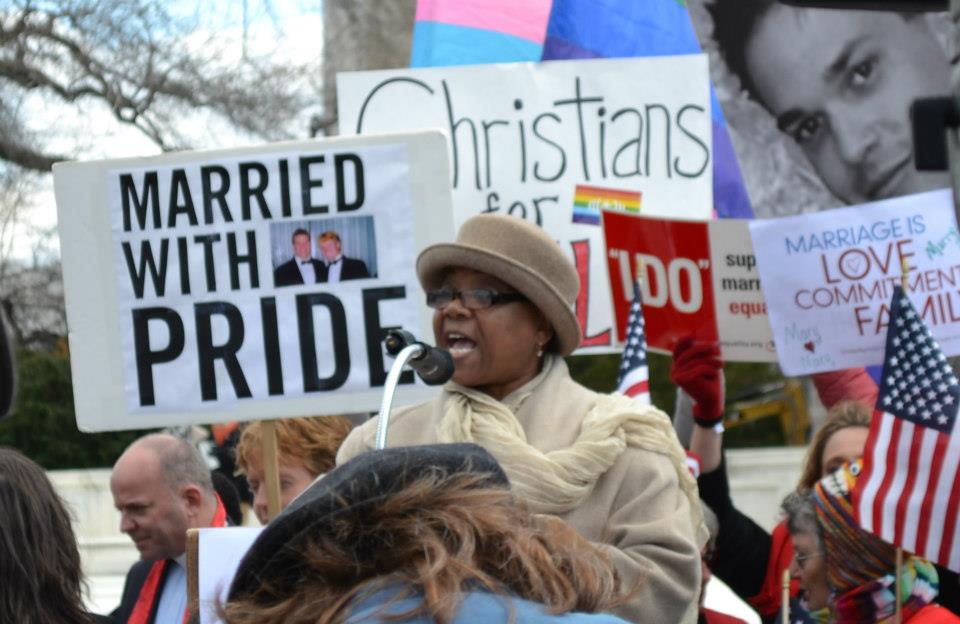 Minister Leslie Watson Malachi, director of African American Religious Affairs at People For the American Way, delivered the following remarks to those supporting marriage equality in front of the Supreme Court today.

I greet you as one who is humbled to stand before you on this day that will be like none other and say celebrate, be glad in it, and keep standing for and with Hope!

Why Hope? As the Director of African American Religious Affairs of People For the American Way, Hope tells us DOMA will not stand but like Goliath, will fall.

Hope says same gender couples, in committed relationships will be recognized and receive those 1100 plus benefits now denied by the federal government. Hope defends what is right, Hope unites people and families, Hope stands with us and for us, and Hope is the American Way!

Why Hope? As an organizer and ally since 1996, Hope kept us waiting for this historic day. Hope gave us a process and a lesson to never take lightly judicial nominations, to make sure voter registration and mobilization is a core value, to rejoice in victories in 2012 from the proclamation from the highest officer holder in this country – President Obama – to 4 states making it 9 states total passing pro-Marriage Equality laws, and that our work in the states is not done.  Hope hasn’t just strengthened those who have always believed in marriage equality. It’s brought others to reconsider their opposition and join us on the side of justice for all. Hope is why we have so many other new and welcomed allies for equality.

Why Hope? As a Christian, during this Holy Week, from our sacred text “hope that is seen is not hope”, so you have had and must hold on with unwavering confidence that help has arrived, is sitting in between the walls of the highest court of this nation, and speaking into existence freedom that will no longer be denied.

And finally, why Hope? As an African American woman, on behalf of the Equal Justice Task Force of African American Ministers In Action, Hope says the enemy is a liar when they say African Americans and lesbian, gay, bisexual, and transgender (LGBT) people are two separate – even hostile – communities, for “no weapon shall be forged against us” and no wedge can be driven between those who know oppression, discrimination, denial of basic civil and human rights.  Hope connects the civil rights movement to the gay rights movement, the yesterday to today, the hopeful to the hopeless.

So Beloved, stay in Hope! Stay in Hope I say for if the Justices are about the business of justice, then they will speak against hate, division, intolerance, and barriers to “life, liberty and the pursuit of happiness” and strike down the Defense of Marriage Act.

Stay in Hope for my sacred text tells us what “man meant for harm, God intends for good”.

In this pivotal moment in our country's history, we must stand on the side of compassion and equality rather than on the side of oppression and discrimination. And that’s why we’re all out here on the steps of the Supreme Court today.

I leave you with these words, stay in Hope because it was the late Senator Ted Kennedy who said, and prayerfully he won’t mind me playing with it a little bit, “ For all those whose dreams have been our concern (to defeat all forms of discrimination), the work goes on (we are not going to stop trying until gay and lesbian Americans across the country have full legal equality), the cause endures (freedom to be, freedom to love, just freedom), the hope still lives ( I say again hope still lives), and the dream (for all persons to marry the person they love) shall never die.”

Be encouraged! Have faith. Expand love. Know peace. And may Hope, which is never silent, always be with you! 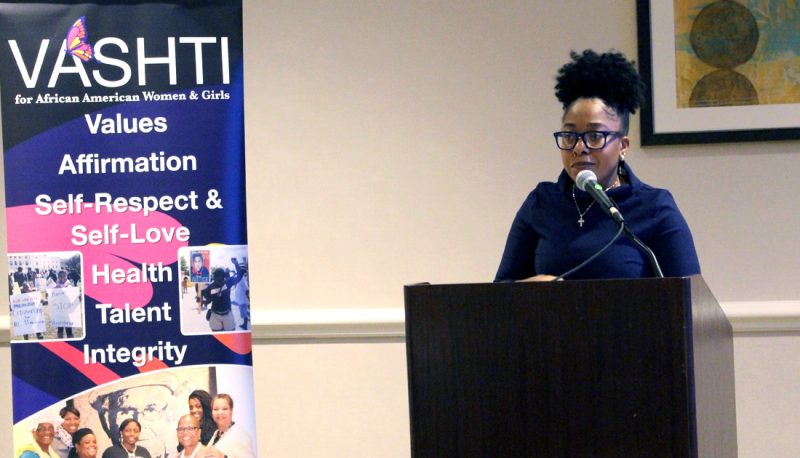 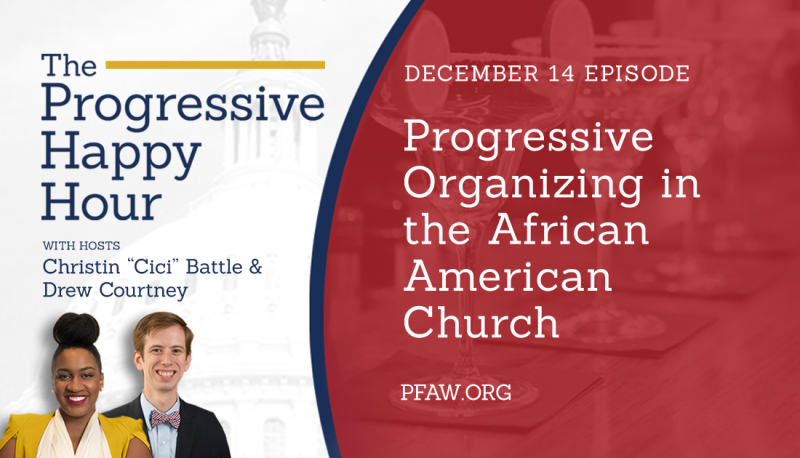