Stonewall at 50: Honoring Marsha P. Johnson and Sylvia Rivera with Action - People For the American Way
Skip to main content 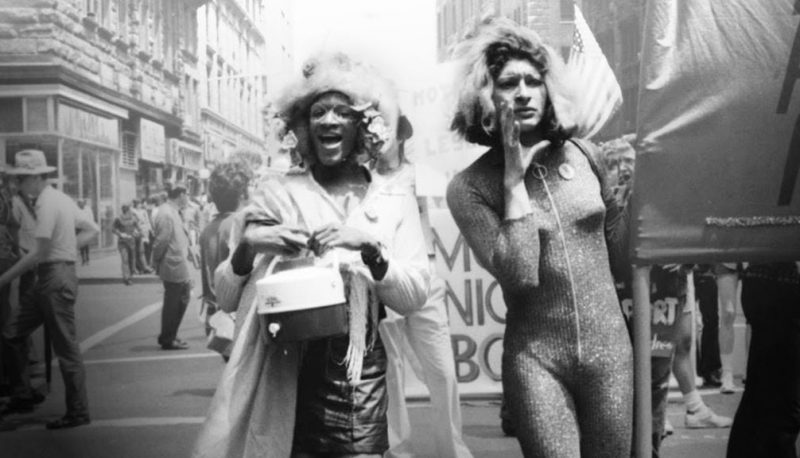 On June 28, 1969, police raided the Stonewall Inn in New York City. The resistance of the Stonewall patrons, who had long been the target of anti-LGBTQ+ police bias and harassment, sparked the modern equality movement. Their uprising is why Pride Month is celebrated around the world today.

But we don’t hear much about that part of the Pride story.

Johnson reportedly said, “I got my civil rights,” as she threw a shot glass into a Stonewall mirror. 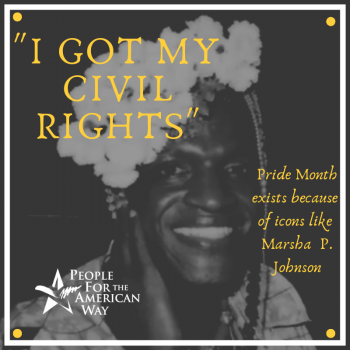 Rivera was a friend and fellow activist to Johnson. She shouted “I’m not missing a minute of this—it’s the revolution!” as the events at Stonewall began to unfold. 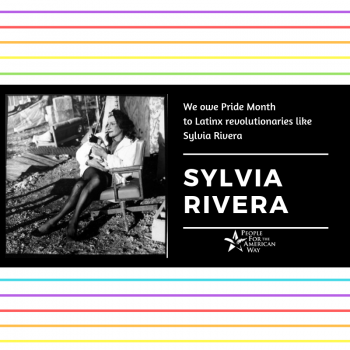 This Pride Month—every Pride Month, and every day—the best way to honor Johnson and Rivera is to act.

Allies willing to stand up and speak out are more important than ever. Transgender people are being targeted not only by anti-trans policies but also by violence. At least 11 Black trans women have been murdered this year alone. It’s in their names and the names of Johnson and Rivera, and in solidarity with the trans community, that we celebrate Pride Month and also fight back alongside those who are still here.