Today, several hundred pro-choice activists from across the country descended on Capitol Hill to tell members of Congress, “Stop Stupak,” and oppose language in the health care reform bill which would cause millions of women to lose reproductive health care insurance they already have. The Stupak amendment goes far beyond current law, the Hyde amendment enacted more than 30 years ago, which has unfairly prohibited the use of federal funds for abortion in most cases.

People For the American Way joined more than 60 groups with the Coalition to Pass Health Care Reform and Stop Stupak and dozens of members of Congress rallying to keep this anti-choice amendment out of the Senate’s health reform bill.

Upon passage of the Stupak amendment in the House, Rep. Diana Degette wrote a letter to Speaker Nancy Pelosi, signed by a total of 90 Pro-Choice Members of Congress, vowing to oppose any conference report from the health care legislation that included the Stupak amendment language:

The Stupak-Pitts amendment to H.R. 3962, The Affordable Healthcare for America Act, represents an unprecedented and unacceptable restriction on women’s ability to access the full range of reproductive health services to which they are lawfully entitled. We will not vote for a conference report that contains language that restricts women’s right to choose any further than current law.

Advocates made statements with various signs including one that read “a woman is not a pre-existing condition,” “Stop the Stupak Attack,” and another that read “Don’t make me ‘unfriend’ health care reform.” Speakers called on activists to call their senators to remind them that women need health reform that covers all of their needs, including comprehensive reproductive health care. After the two hour rally, advocates dispersed through the halls of the Senate to lobby members to protect the rights of millions of women and families and take a stand against this restrictive and overly-burdensome language. 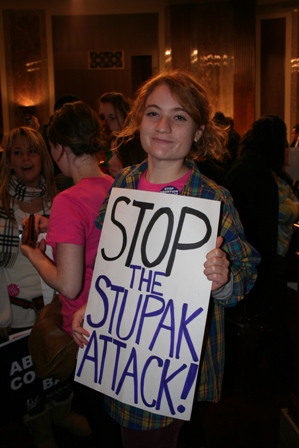 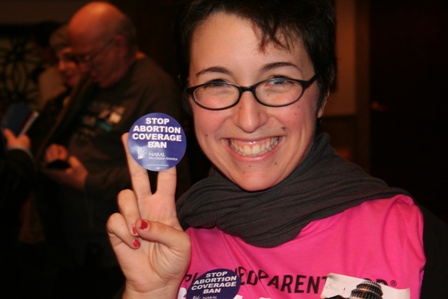 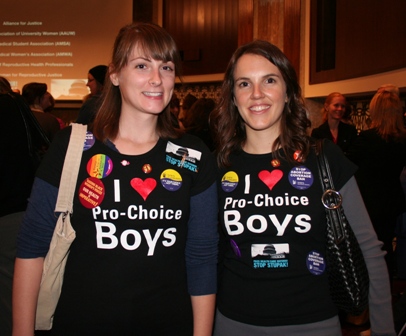 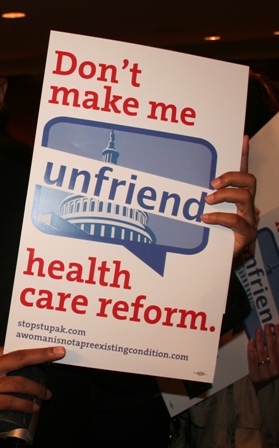