The march toward marriage equality is gaining momentum at a rate that not many of us predicted, with 17 states and DC having legalized marriage for same-sex couples, and litigation underway in 26 others. Seven to go!

It's also clear that the American people are standing more firmly on behalf of fairness for all couples than ever before. A Washington Post-ABC News poll released yesterday shows not only that a supermajority (59%) favors marriage equality, but also that half (50%) believe it's a constitutional right. 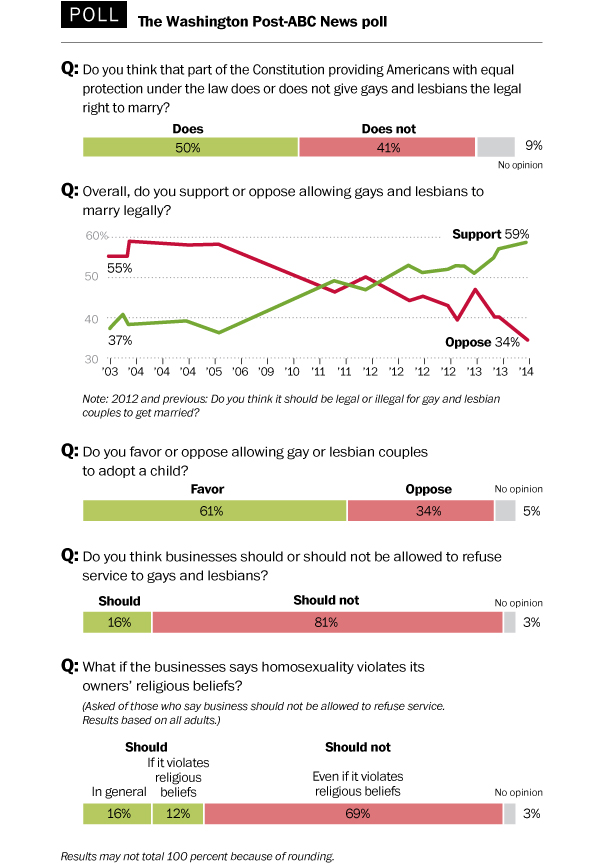 As you can see, the margin for marriage equality has essentially reversed over the last ten years.

Bipartisan momentum is overwhelmingly on our side. A supermajority of Americans believe in freedom and fairness, and support is growing at an unprecedented speed. Overwhelmingly, Americans – no matter where they live, how old they are, or what party they belong to – believe in treating their gay and lesbian family members and friends with dignity and respect by supporting their freedom to marry. It’s the right thing to do on both moral and constitutional grounds.

PFAW will continue to support the freedom to marry nationwide and will remain vigilant against backlash like that in the Grand Canyon State.