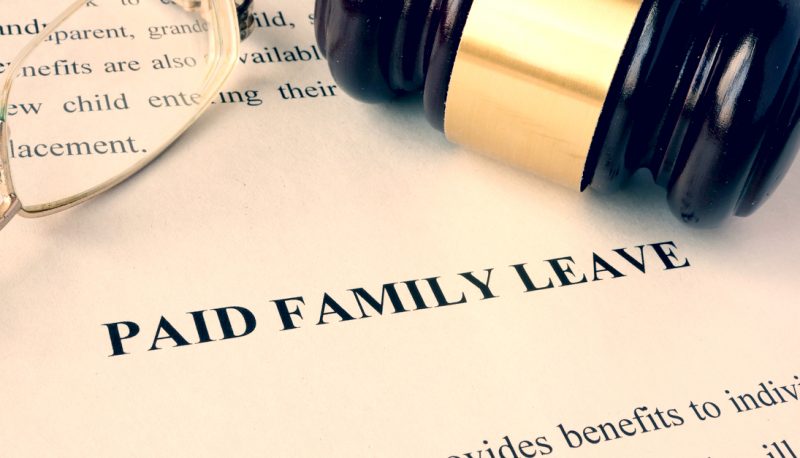 As we continue to stand up for working families and against Trump administration priorities that are clearly out of step with the American people, People For the American Way has renewed its support for the Family And Medical Insurance Leave Act (FAMILY Act). This legislation is a meaningful step forward for the majority of workers nationwide that still lack access to paid leave. You can download the latest coalition letter here.

On behalf of the undersigned organizations and the tens of millions of working families we represent, we urge you to co-sponsor and advocate for swift and thorough consideration of the Family And Medical Insurance Leave (FAMILY) Act (H.R. 1185/S. 463). The FAMILY Act would create a national family and medical leave insurance program to help ensure that people who work can take the time they need to address serious health and caregiving needs. It would help support working families’ economic security, promote gender equity in workplaces, create a more level playing field for businesses of all sizes and strengthen our economy. The FAMILY Act is a national paid family and medical leave plan voters want and our country needs.

The benefits of paid family and medical leave are well documented, yet the vast majority of working people in the United States do not have access to this basic protection. More than 100 million people—or 83 percent of workers—do not have paid family leave through their jobs, and more than 60 percent lack access to paid personal medical leave through their employer.1 Access rates for workers in lower-wage jobs are even lower, and most recent private sector advances are disproportionately concentrated in higher-skill industries and among higher-paid employees, creating even greater disparities between lower- and higher-paid workers.2 Even unpaid leave through the Family and Medical Leave Act (FMLA) is inaccessible to nearly two-thirds of working people, either because of eligibility restrictions or because they simply cannot afford to take unpaid leave.3 This means that when serious personal or family health needs inevitably arise, people face impossible choices between their families’ well-being, their financial security and their jobs.

The FAMILY Act would create a strong, inclusive national paid family and medical leave insurance program and set a nationwide paid leave baseline. Employees would earn two-thirds of their wages, up to a cap, for a limited period of time (up to 60 workdays, or 12 workweeks in a year) to address their own serious health issue, including pregnancy or childbirth; to deal with the serious health issue of a family member; to care for a new child; and for certain military caregiving and leave purposes. Employees, employers and self-employed workers would fund both the benefits and the administrative costs of the program by contributing a small amount in each pay period to a self-sustaining fund, administered through a new Office of Paid Family and Medical Leave. Eligibility rules would allow younger, part-time, low-wage and contingent workers to contribute and benefit, regardless of their employer’s size or their length of time on the job.

The FAMILY Act builds on successful state programs. In fact, nearly all state programs now go beyond the FAMILY Act in several important ways, providing data and lessons that Congress should consider. California has had a paid family and medical leave insurance program in place since 2004, New Jersey since 2009, Rhode Island since 2014 and New York since 2018. Strong new programs will take effect in Washington State and the District of Columbia in 2020 and Massachusetts in 2021. Evidence from the existing state programs shows their value and affordability; all are financially sound and self-sustaining, and each state that has paid leave in place has or is exploring ways to make them even more accessible to people who need family leave. Analyses of California’s law show that both employers and employees benefit from the program.4 In New Jersey, the program’s costs have been lower than expected and public attitudes toward the program are favorable.5 Early research on Rhode Island’s program found positive effects for new parents, and a majority of small- and medium-sized employers were in favor of the program one year after it took effect.6

The FAMILY Act would address the range of care needs people face, including the growing need to provide elder care. Changing demographics mean more adults will need elder care and the number of potential family caregivers is shrinking: For every person age 80 and older, the number of potential family caregivers will fall from about seven in 2010 to four by 2030, and then to less than three by 2050.7 It is also important to note that more than 75 percent of people who take family or medical leave each year do so for reasons other than maternity or paternity care. They take leave to care for family members with serious illnesses, injuries or disabilities or for their own serious health issue.8 The majority of parents, adult children and spouses who provide care for ill family members or children with disabilities also have paying jobs, and most work more than 30 hours per week while also managing their caregiving responsibilities.9 The majority of military caregivers—and more than three-quarters of caregivers for post-9/11 wounded warriors—are also in the labor force.10

The FAMILY Act would support improved health outcomes and could lower health care costs. New mothers who take paid leave are more likely to take the amount of time away from work recommended by doctors,11 and their children are more likely to be breastfed, receive medical check-ups and get critical immunizations.12 When children are seriously ill, the presence of a parent shortens a child’s hospital stay by 31 percent;13 active parental involvement in a child’s hospital care may head off future health problems, especially for children with chronic health conditions,14 and thus reduce costs. Paid leave also lets people help older family members recover from serious illnesses, fulfill treatment plans, and avoid complications and hospital readmissions.15 Early research has found that California’s paid leave program reduced nursing home utilization.16 And, for the millions of families in communities that are struggling with opioid and other substance use disorders, paid leave supports family caregivers, who play a key role in care and recovery by helping loved ones with health care arrangements and treatment.17

The FAMILY Act also would strengthen large and small businesses and support entrepreneurs. Paid leave reduces turnover costs—typically about one-fifth of an employee’s salary18—and increases employee loyalty. In California, nine out of 10 businesses surveyed reported positive effects or no impacts on profitability and productivity after the state’s paid leave program went into effect.19 Small businesses reported even more positive or neutral outcomes than larger businesses.20 Small business owners from across the nation expect that the FAMILY Act model would help level the playing field with large corporations, improve worker retention, productivity and morale, and help protect their economic security if an accident or medical emergency occurs.21 This is part of the reason that 70 percent of small businesses surveyed nationwide support the FAMILY Act approach of shared payroll deductions.22 By including self-employed people, the FAMILY Act would also help entrepreneurs balance the risks of starting a new business with the need to ensure their families’ health and security.

National paid family and medical leave has broad support from voters across party lines. Recent polling shows that eight in ten voters support a comprehensive, inclusive, sustainably funded national paid family and medical leave law modeled on the FAMILY Act, including 76 percent of Republicans, 74 percent of independents and 89 percent of Democrats. When asked to rank four paid leave proposals, the FAMILY Act model was the top choice across party lines. And when asked how much they would be willing to contribute toward a paid leave fund, seven in 10 voters said they would be willing to contribute one percent of their wages, or one cent for every dollar earned, which is much more than the FAMILY Act would actually cost.23 Additional qualitative research shows voters prefer a national plan that covers all family relationships and includes employment protections.24

It is well past time for the United States to adopt a nationwide paid family and medical leave standard—but policy details matter tremendously. Disparities in people’s access to paid leave, changing demographics and the realities working families face today require that any national plan be comprehensive of working people’s needs as reflected in the FMLA, inclusive of all working people across the United States and provide a meaningful duration of leave and wage replacement rate to make taking leave financially possible for all working people. Responsible governance requires that any plan be affordable, cost-effective and sustainably funded with new revenue—not funded by cutting or reducing benefits from programs people rely on. Any plan that fails to meet these tests is unacceptable.

The FAMILY Act is the only national paid family and medical leave proposal that reflects what most people in the United States need. We urge you to co-sponsor this essential legislation today, to push for swift and thorough consideration that surfaces the best practices and lessons learned from state policies, and to reject inadequate proposals that would fail to meet the needs of the nation’s workforce, families or businesses—and that would do more harm than good.