The Final Push: PFAW’s Latinos Vote! Get Out the Vote Efforts - People For the American Way
Skip to main content

The Final Push: PFAW’s Latinos Vote! Get Out the Vote Efforts

In addition to PFAW’s efforts dating back to early 2015 to expose and counter the Right and get out the Latino vote this election, PFAW was on the ground in Pennsylvania and Arizona in the final days leading up to the election.

Saturday and Sunday, we focused on get out the vote efforts among Latino communities in Pennsylvania, a state where the Latino vote can be decisive. On Saturday, PFAW Director of Latinos Vote! Lizet Ocampo addressed voters and activists at a rally hosted by Make the Road Action in Allentown, PA focused on why Donald Trump and Senator Pat Toomey stand with Wall Street, not working families. Over 40 percent of Allentown residents are Latino, and nearby Reading is the only city in Pennsylvania with a majority Latino population. 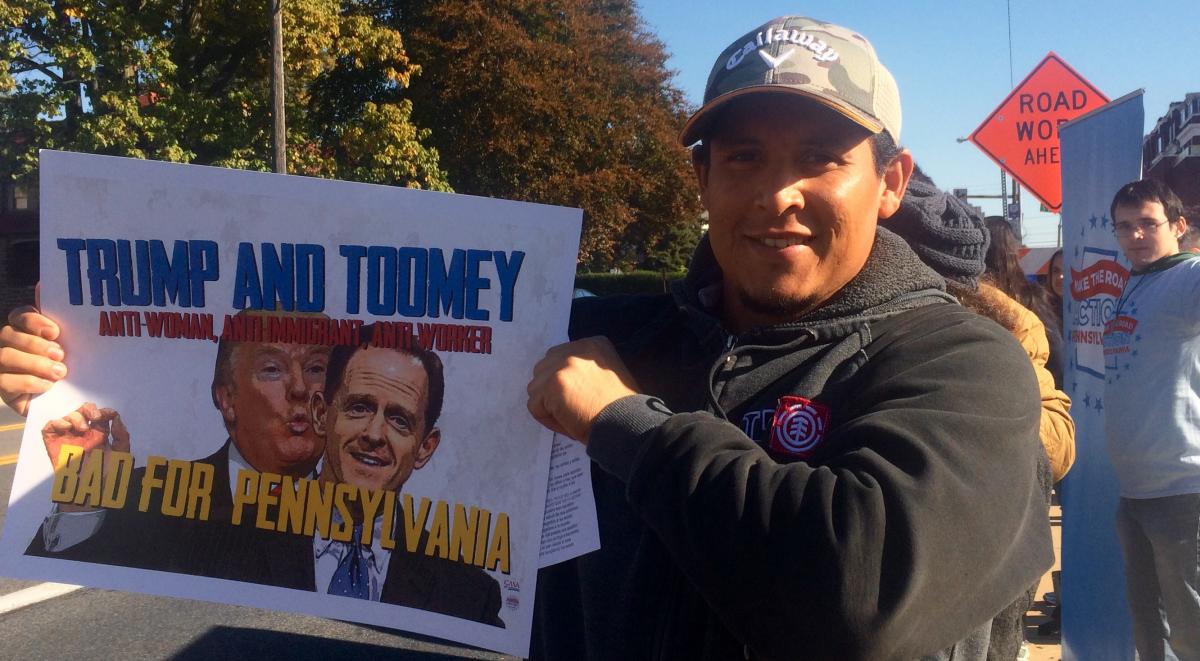 Allenton, PA Get Out the Vote Rally

On Sunday, actress Lauren Velez (How to Get Away with Murder, Dexter, I Like It Like That) joined PFAW and local groups including NCLR Action and For Pennsylvania’s Future for door knocking and a canvass kickoff. Speakers addressed the anti-Latino, anti-immigrant agenda of Donald Trump and Pat Toomey and the importance of everyone getting out to vote. 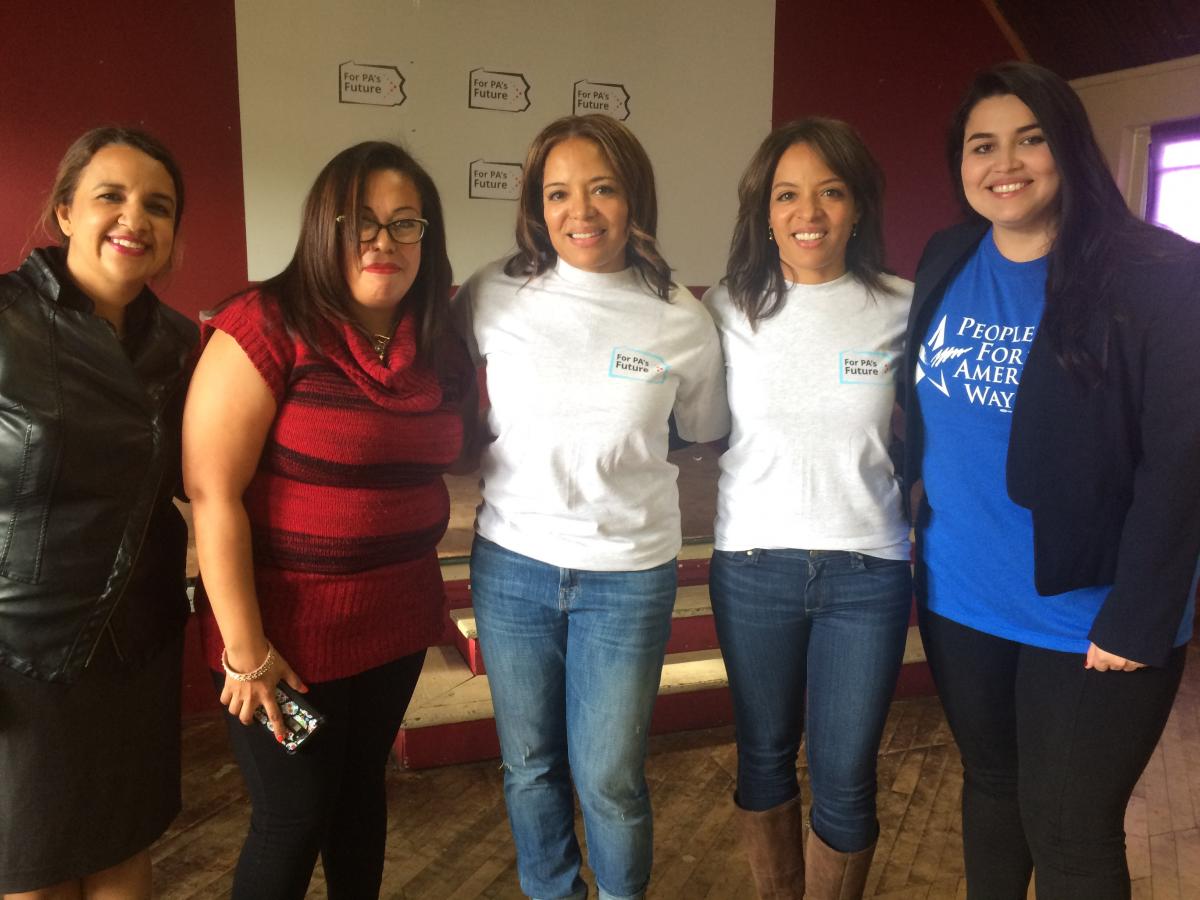 Lauren Velez took a quick break from knocking doors for a Facebook Live interview with Latina Magazine about why she joined PFAW in Pennsylvania to get out the vote for Hillary Clinton and senate candidate Katie McGinty:

On Sunday night through Election Day, Lizet Ocampo joined PFAW’s team in Phoenix, Arizona. In addition to knocking on doors, our team joined a midnight canvass on Monday night, in which volunteers left flyers with essential election information at voters’ door. On Tuesday, Lizet joined Democracy Now! to analyze election results as they came in. While Hillary Clinton did not win the state, Phoenix’s virulently anti-immigrant sheriff Joe Arpiao was defeated, thanks to Latino voters rejecting his hateful rhetoric and unconstitutional actions. 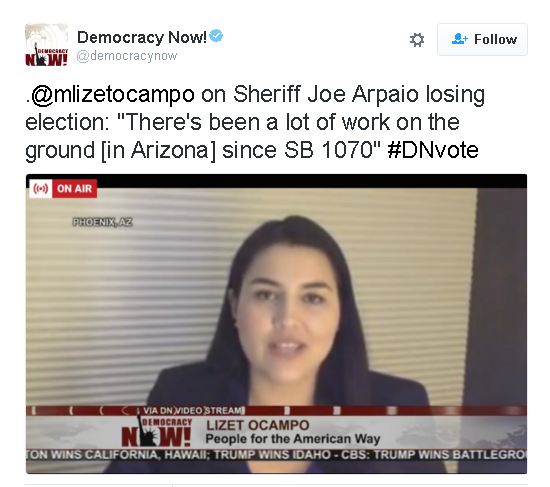 In addition to these on-the-ground efforts as part of our Latinos Vote! program, PFAW had Spanish-language anti-Trump, anti-Republican TV, radio, and digital ads running in Nevada, Pennsylvania, Arizona, and North Carolina.

Learning the Lessons of the Latino Vote