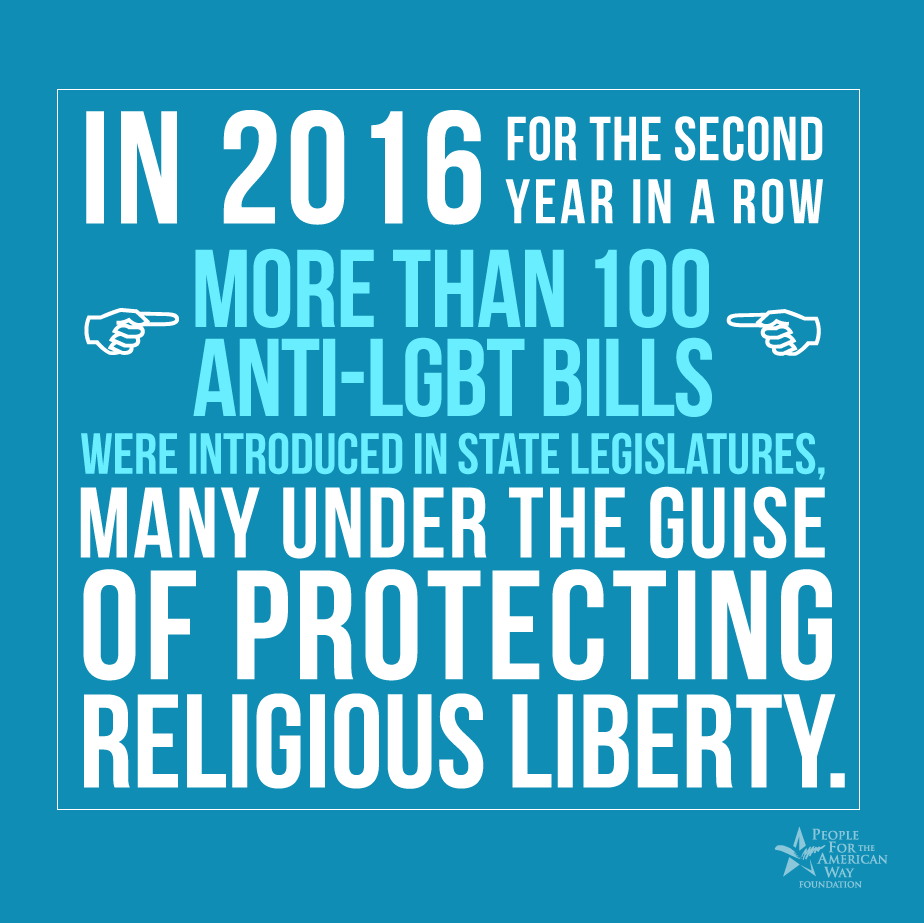 In the first few months of this year, for the second year in a row, more than 100 anti-LGBT bills have been introduced in state legislatures, many of them promoted under the banner of protecting religious liberty.  A new report by People For the American Way Foundation, “Who is Weaponizing Religious Liberty?,” explains that “it takes a right-wing village to turn a cherished American principle into a destructive culture-war weapon.”

The report makes clear that the wave of anti-equality legislation promoted in the name of religious liberty is not an outgrowth of local conflicts but the latest step in a long-term campaign by national Religious Right legal and political groups to resist legal equality for LGBT people. As Americans have come to know and embrace their LGBT family members and friends, harsh anti-gay rhetoric has become less effective, says the report, leading social conservatives to try to reclaim the moral and political high ground by reframing debates over marriage equality and nondiscrimination protections as questions of religious liberty.

These efforts are being promoted by “a network of national Religious Right organizations that oppose legal recognition for the rights of LGBT people,” notes the report, which profiles some of the leading organizations while noting that they “represent the tip of the iceberg of a much larger movement that is trying to eliminate legal access to abortion and roll back legal protections for LGBT people, couples, and families — and trying to do so in the name of religious liberty.”

The groups covered in the report include:

The report includes links to additional resources on the organizations behind the Right’s use of religious liberty as political strategy for resisting equality.