It's getting very hard to keep track of who is and is not allowed in the conservative movement these days. The issue of how much smaller the tent is getting always comes to a head at the annual Conservative Political Action Conference, or CPAC, at which warring factions fight to keep each other off the guest list. In 2011, prominent anti-gay groups boycotted because the gay Republicans of GOProud were allowed to cosponsor the event. Last year, GOProud was banned but white nationalists and anti-Muslim extremists were allowed.

The guest list for this week's conference is even more byzantine. Following last year's bad publicity, the white nationalists have been disinvited. And anti-Muslim activist Pamela Geller has been denied a panel slot, which she claims is because CPAC's organizers are "enforcing the Sharia." You know things are getting bad when CPAC has fallen to Sharia.

But excluding white nationalists and an anti-Muslim extremist doesn't mean that CPAC has suddenly become a friendly and open-minded place. This year, gay groups did get a consolation prize: a rogue, unofficial panel "A Rainbow on the Right." But don't look for any rainbows inside — the conference still bars gay Republican groups from its official proceedings. And even without Pamela Geller, the conference will keep its strong anti-Islam tilt, hosting speakers who routinely attack American Muslims. And it's not just gays and Muslims. New Jersey governor Chris Christie, who vetoed a marriage equality bill in his state, has been deemed too liberal to speak at the CPAC. So has Virginia's Gov. Bob "Transvaginal Ultrasound" McDonnell, who apparently became some sort of leftist radical when he agreed to raise taxes to fund his state's highways.

So who was conservative enough to make the cut for CPAC? War on Christmas analyst Sarah Palin, unhinged former congressman Allen West, and orange birther crusader Donald Trump, for starters. Mitt Romney has also been invited — presumably holding on to the right-wing makeover he underwent for his presidential campaign — though he loses top billing to his former running mate Rep. Paul Ryan.

In many ways, CPAC is caught in exactly the same bind as the Republican Party. The party's leaders know that to survive in the long-term it must moderate its positions and expand its base. But they're still in the grips of an extremist fringe that just won't let that happen. Last year, fringe candidates like Todd Akin and Richard Mourdock helped sink the GOP's hopes of gaining seats in the Senate. This year, strategist Karl Rove has threatened to launch primary challenges against fringe candidates in an effort to keep the party relevant. But in doing so, he's provoked the anger of the Tea Party, whose leaders correctly note that they're the only reason the GOP has any power at all right now.

This year's CPAC can be seen as a preview of the 2016 Republican presidential primary. The party's main movers and shakers are trying to keep their base happy by turning away leaders like McDonnell and Christie who have deviated, in however small a way, from the party line. But they're also trying to hide some of the most disturbing aspects of their party's fringe.

McDonnell got snubbed for daring to fund a transportation bill. In his place, CPAC will highlight Virginia Attorney General Ken Cuccinelli, who led the legal charge against the Affordable Care Act and who is running to be McDonnell's successor. White nationalists and Pamela Geller were ousted for being too far off the fringe, but Donald Trump, who's devoted himself to claiming that the nation's first black president isn't a real American, is a highlighted speaker.

As hard as CPAC's organizers may try, their guest list is still a mess. But the problem isn't just the guest list, it's what they're serving. They're trying to represent a movement — and a party — that wants the American people to think they got the message while still relying on extremists and insisting on a rigid orthodoxy. That's a tall order for any party. And they can't have it both ways. 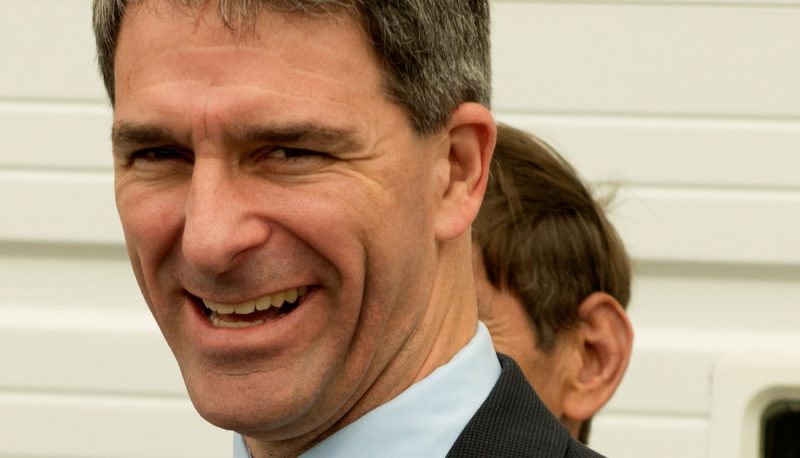