The Progressive Happy Hour: 2018 Year in Review - People For the American Way
Skip to main content 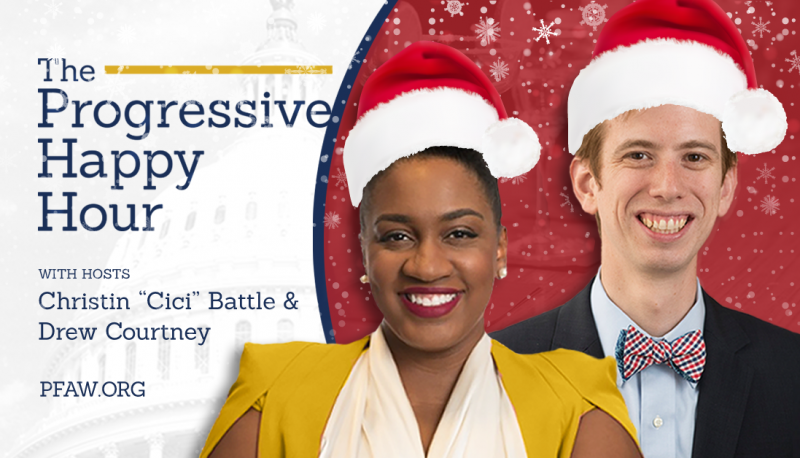 From the blue wave in the midterms to the fight for the Supreme Court to ongoing chaos in the Trump administration, a lot happened in 2018. Progressive activists continued to fight tooth and nail against bigotry and extremism, and along the way, celebrated some hard-won victories too.

In the December 21 episode of “The Progressive Happy Hour,” cohosts Drew Courtney and Cici Battle talk to Kristine Kippins, a lawyer and progressive activist in the Washington D.C. area, to look back on the highlights and lowlights of 2018. Cici, Drew and Kristine revisit a few victories, like Democrats taking over the House and the unprecedented number of women of color who will join its ranks in the next session, as well as some losses, like Brett Kavanaugh’s confirmation to the Supreme Court and the impact of voter suppression on the midterm election.

Kristine noted that there is a silver lining to many of these losses, including the fight to stop Kavanaugh: “We turned a major corner with this nomination. I’ve never seen people get so engaged for a Supreme Court fight … People were upset, tuned in, and watch[ed] the confirmation hearings, even from airplanes … This nomination helped sink in to so many progressives that the courts matter. We need to build on that power and go into this next Congress fully engaged, ready to fight … and keep that momentum going.”

Also in this episode, Drew divulges his affinity for the queen of the naked mole-rats.