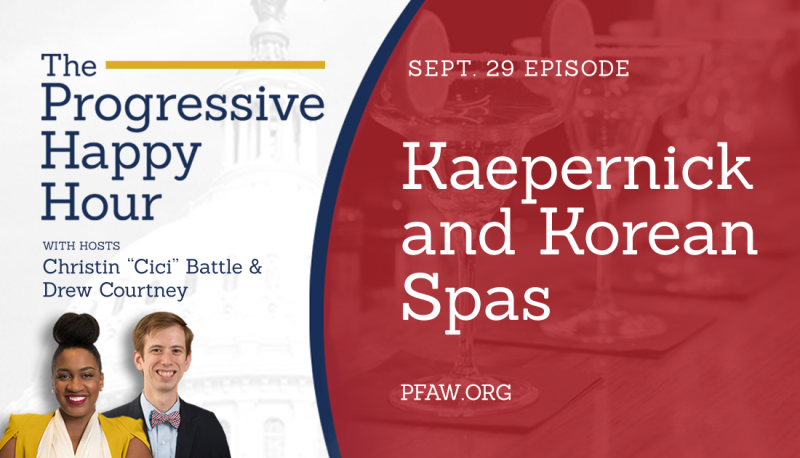 Protest isn’t unpatriotic, but attacking the First Amendment rights of Black athletes certainly is. In the September 29 episode of “The Progressive Happy Hour,” hosts Christin “Cici” Battle and Drew Courtney sit down with PFAW Senior Director of Outreach and Public Engagement Diallo Brooks to talk about Trump’s recent attacks on the athletes who are taking a knee in protest of police brutality against people of color. Cici also discusses her latest self-care strategy: Korean spas.