The Progressive Happy Hour: One Year of Jeff Sessions - People For the American Way
Skip to main content

The Progressive Happy Hour: One Year of Jeff Sessions 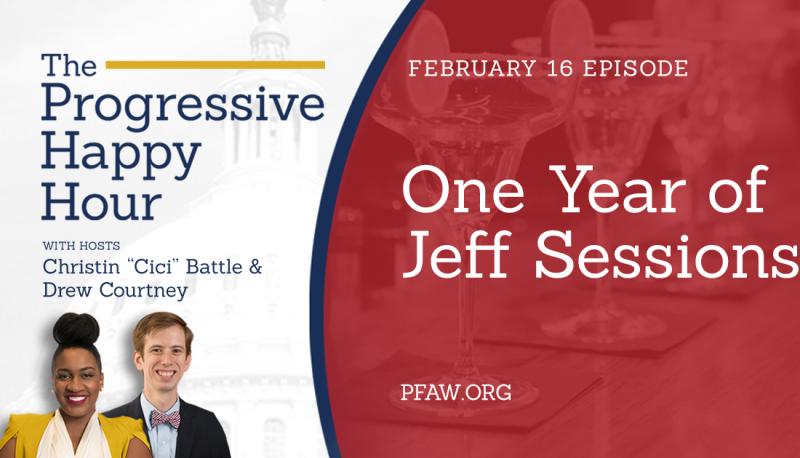 Jeff Sessions has now been attorney general for one year, and under his leadership, much of the Justice Department’s past progress in safeguarding civil rights is rapidly being eroded.

In the February 16 episode of “The Progressive Happy Hour,” hosts Christin “Cici” Battle and Drew Courtney sit down with Diallo Brooks, PFAW’s senior director of outreach and public engagement, to talk about the sea change at the Justice Department since Sessions took over.

“The Justice Department has had a long history of protecting civil rights and the rights of many marginalized folks in this country,” Diallo said. “It’s something that I think we all have fought for over the years. And in one year, Jeff Sessions has started to roll back a lot of the gains we’ve made.”

Diallo highlighted a number of examples, including DOJ’s changed approaches on police misconduct, civil rights enforcement, and voting rights. The Justice Department’s actions on all of these issues, Diallo noted, is where “the rubber hits the road” and “has an impact on the ground in real people’s lives.”

Note: This episode was recorded on Monday, February 12, before the horrific mass shooting at Marjory Stoneman Douglas High School.