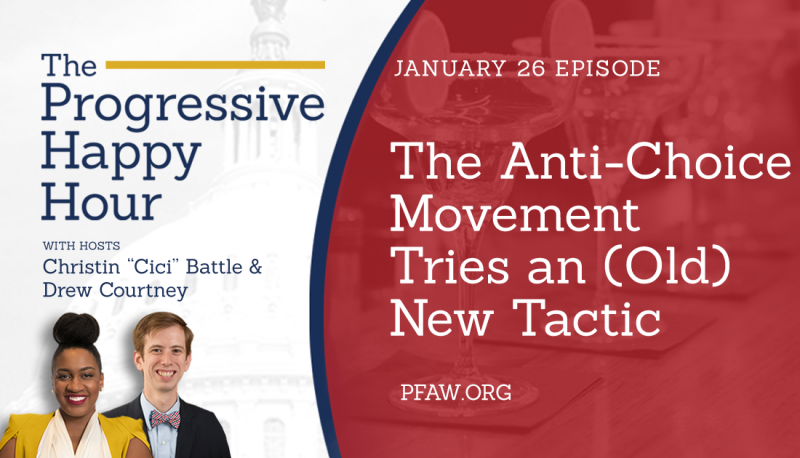 Tens of thousands of anti-choice activists came to Washington, D.C., this month to demonstrate against the anniversary of Roe v. Wade, but some abortion-rights opponents aren’t stopping at marches.

In the January 26 episode of “The Progressive Happy Hour,” we sit down with freelance writer Robin Marty, the author of a new Right Wing Watch article about a slice of the anti-choice movement that is trying out tactics to push the limits of a decades-old law, the FACE Act, that prevents protesters from physically blocking the entrances to abortion clinics.

These protesters have roots in the anti-abortion “rescue” movement of the 1970s and ‘80s, Robin explained. One of the tactics of that movement, she said, was clinic invasions: “Originally, people would actually enter the clinics and then not let people get back into the rooms where abortions were happening. So people could come out, if patients wanted to leave, but they couldn’t actually go back and get the procedures. And then activists would try and talk them out of the procedures while they were in the waiting rooms.”

While the FACE Act put a stop to most of these extreme blockades, Robin outlines a current-day anti-choice tactic—where activists trespass into clinic waiting rooms to try and convince patients not to have abortions—that has many parallels with the original “rescue” movement.