The Progressive Happy Hour: Winning in 2018 - People For the American Way
Skip to main content

The Progressive Happy Hour: Winning in 2018 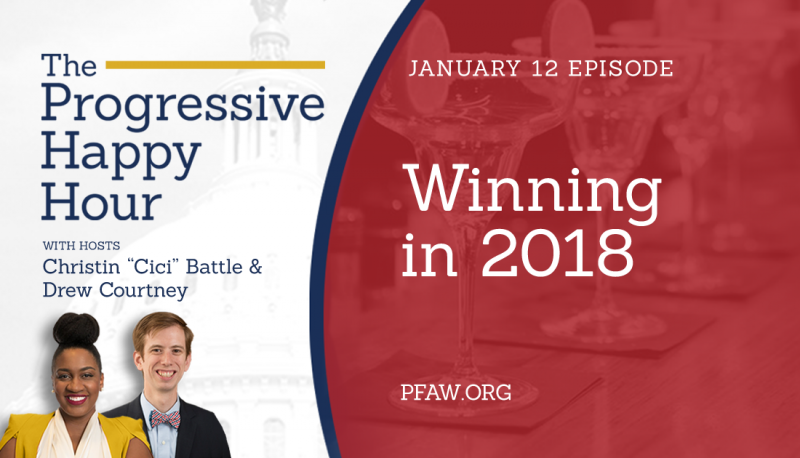 The 2017 elections saw big victories for Democrats—with diverse, progressive candidates winning across the country. Will this momentum carry through in 2018?

In the January 12 episode of “The Progressive Happy Hour,” hosts Christin “Cici” Battle and Drew Courtney talked with PFAW Political Director Lizet Ocampo about the lay of the land for the 2018 elections—and what’s at stake on Election Day for the issues we care about and for redistricting.

While much of the early 2018 attention is focused on high-profile congressional seats, Lizet also emphasized the importance of state government elections:  “In the last eight to nine years, Democrats have lost over 1,000 seats. We went from Republicans holding 10 chambers of the state legislature to 32. We went from Republicans holding eight of all state government trifectas—which means the governor and both chambers—to 25. So most of the state governance is being controlled by Republicans. And that movement, those election gains have happened recently, in the last eight years. Now we have the opportunity to win some of those seats back.”

But it’s going to take a lot of organizing, she said, noting that “everybody needs to be in the game to make sure these changes happen.”

2018 Election Next Up Victory Fund The Progressive Happy Hour Virginia