The Racist in the Oval Office 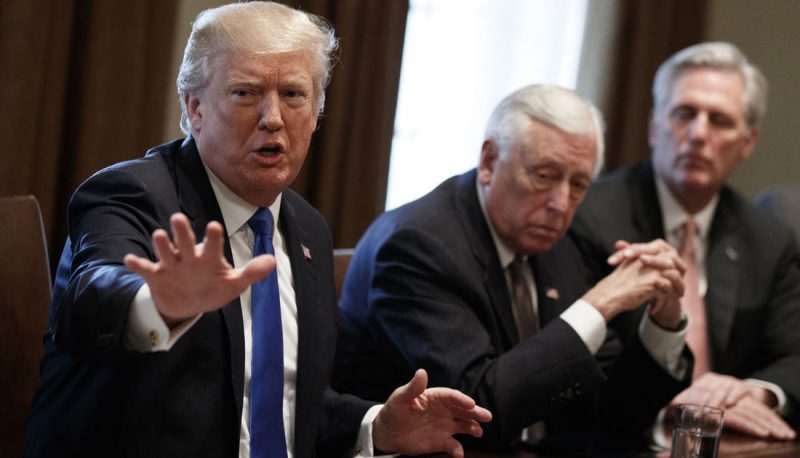 In the media, there’s often been a reluctance to use the “R-Word” to label behavior, watering it down to terms like “offensive” or “inappropriate,” but we need to say it loud and clear: President Trump’s attacks on black and brown immigrants are racist. As others have noted, there is no need for niceties or coy explanations for his unhinged behavior. The president of the United States of America is, and has always been, a racist.

When a person shows us time and time again who they are, we should probably believe them. President Trump has not only used racist language, but his actions and policies have a racist impact. This is not a new revelation:

And now we see it once again with his vulgar words used towards immigrants from Haiti, Africa and El Salvador. Republican senators’ ridiculous debate about which derogatory term Trump used takes attention away from the context, which was Trump rejecting a deal because it allowed black and brown immigrants to remain in the country.

Despite the daily outrages, we as progressives must continue to push back with the same energy and urgency we had when Trump first took office. That means fighting day in and day out, against efforts to use race as a tool for division and oppression. The health of our democracy depends on inclusion and diversity, and progress only happens when we build bridges rather than walls. When we look for real solutions and celebrate our differences, we are able to bring people together to solve the tough issues we all face together.

Racism is a disease that festers if left unattended. The only way to fight it is to first call it what it is, wherever we see it. In addition, everyone who empowers or tolerates racist behavior must also be held accountable. No longer can we excuse GOP leaders who stay silent, funders who support oppression, or anyone who validates those employing racist tactics.

Our country depends on bold progressive leadership to push us toward a higher ideal. This president’s racist views and actions against, black, brown and indigenous communities threaten to undermine the America we need this country to grow towards. We know the ugly history that so many have fought and died to move us away from. We can’t and won’t let Trump or his racist enablers take us back!