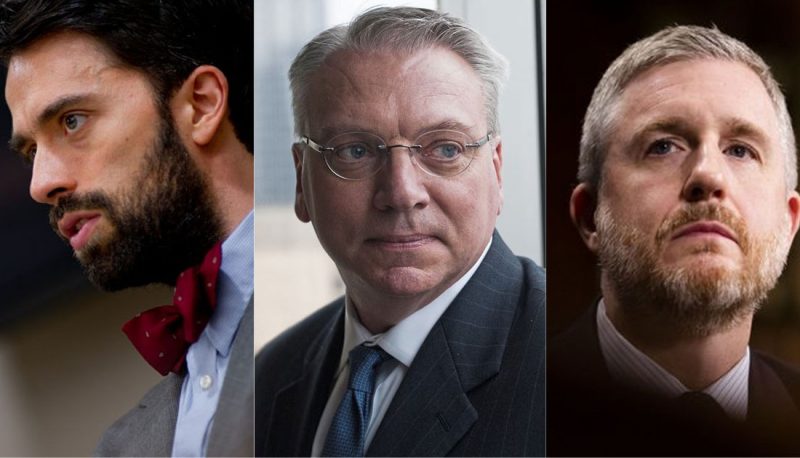 On August 12, Trump 3rd Circuit judges Stephanos Bibas, David Porter, and Paul Matey joined a majority opinion of the full court that overruled a prior precedent and ruled that an immigrant seeking asylum could be barred because he had pled guilty to a misdemeanor, despite the statutory language that such exclusion from asylum in the U.S. should only occur when a “particularly serious crime” has been committed. The dissent explained that the majority’s view was “contrary to our obligation to give effect to each word of a statute.” The case is Bastardo-Vale v. Attorney General.

Carlos Bastardo-Valean immigrant from Venezuela who came to the U.S. on a nonimmigrant student visa, was a student and graduate research assistant at a private college in Delaware. He sought asylum because he maintained he was being persecuted because of his mother’s political activity. During this time, he pled guilty to second-degree unlawful imprisonment, a misdemeanor under Delaware law, to resolve a disputed sexual assault charge. Although an Immigration Judge (IJ) determined that he should receive asylum, the Board of Immigration Appeals (BIA) reversed, finding that Bastardo-Vale should be excluded from consideration for asylum because of federal immigration law.

Bastardo-Vale appealed the BIA determination to the 3rd Circuit, and the full court decided to hear the case. Even though the 3rd Circuit had previously ruled that only aggravated felonies would qualify as particularly serious crimes, at least in the absence of an AG regulation, the majority decided to reverse its own precedent, accept the case-by-case approach, and affirm the BIA’s determination. The majority included Trump judges Bibas, Porter, and Matey; Trump judge Phipps had not yet begun reviewing cases.

Judges Theodore McKee and Thomas Ambro vigorously dissented. There was nothing in the law, they explained, that supported the majority’s interpretation that although the statute says the AG “may” expand the list of offenses by regulation, the statute does not explicitly prohibit him from allowing that to happen on a case-by-case basis. Such an interpretation, Judge McKee went on, effectively reads “out of the statute” the “express limitation” Congress placed on what could disqualify an immigrant from seeking asylum or withholding from removal. Since Congress “did not enact” any additions, Judge Ambro wrote, “[n]either should a court.”

Trump judges Bibas, Porter, and Matey have thus joined a decision that not only overrules prior court precedent, but will also harm Carlos Bastardo-Vale and other immigrants.