Time to End a Bush-Era Error on RFRA

Quiz:  Does the Religious Freedom Restoration Act give federal grant recipients the right to use federal funds to engage in employment discrimination on the basis of religion?

If you answered no, then you read RFRA correctly.  That law was not intended to empower anyone to cite their own religion to harm others by denying them their legal rights.  Unfortunately, the Obama Administration has continued a significant misinterpretation of RFRA by the Bush-era Justice Department’s Office of Legal Counsel (OLC).  Even when Congress specifically includes an anti-discrimination provision when authorizing a grant program, the Administration’s policy is that RFRA allows grant recipients to ignore it.

Today, People For the American Way and African American Ministers In Action are among 130 religious, education, civil rights, labor, LGBT, women’s, and health organizations urging the president to revisit the issue.  In a letter sent to the White House today, we state:

Contrary to the conclusion in the OLC Memo, RFRA is not a tool to categorically override statutory protections against religious hiring discrimination. Nor does it create an absolute free exercise right—without regard to countervailing compelling interests, as required by RFRA—to receive government grants without complying with applicable regulations that protect taxpayers and participants in federally funded programs.

With the far right increasingly trying to reframe religious liberty from a shield designed to protect religious exercise into a sword to deny other people their rights, it is more important than ever for the Administration to reconsider this holdover Bush-era policy.  A course correction now would be consistent with the many other advances in civil rights that have characterized the Obama Administration. 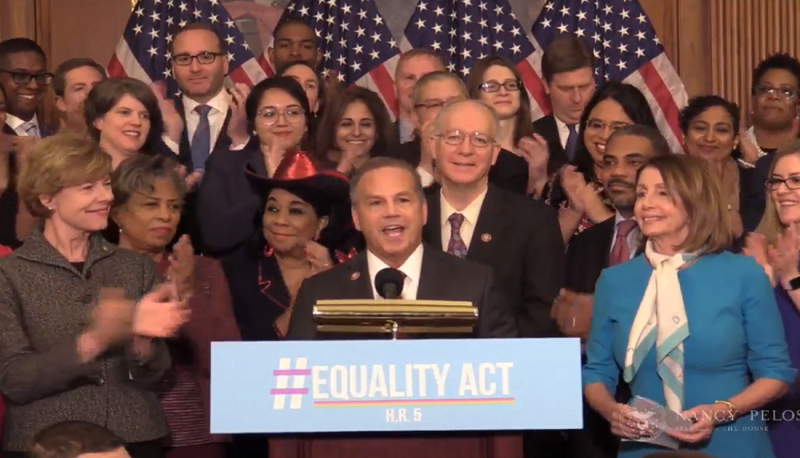