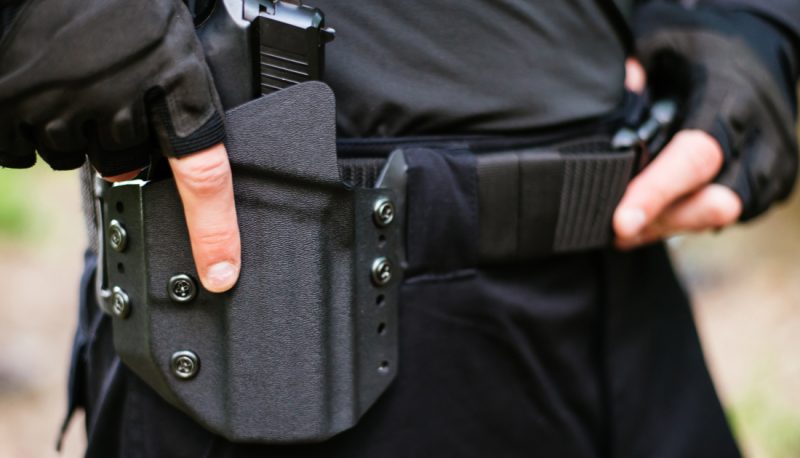 Trump 11th Circuit Judge Elizabeth Branch cast the deciding vote in the July decision in Corbitt v. Vickers to reverse a lower court and rule that a police officer should be immune from being sued for shooting and injuring a 10-year-old boy after the police had already apprehended an unarmed suspect in the boy’s yard. This was despite the fact that, as the dissent noted, the officer was “plainly incompetent” by firing his gun “in the direction of a nonthreatening pet while that pet was surrounded by children.”

Amy Corbitt is a mother with six children living in Coffee County, Georgia. One summer day, while she and her children were at home, police entered her yard to arrest a suspect whom she didn’t know and that had just entered the yard, where a number of her children were playing. The police ordered everyone to lie down and arrested the unarmed suspect, who was “visibly complying” with the officers. At that moment, the family dog approached the officers. Nothing indicated that he was threatening, but no officer tried to control him peacefully. Instead, Officer Michael Vickers shot his gun at the dog without warning, missed, waited, and shot again. The second time, Ms. Corbett’s 10-year-old son was only 18 inches away, “lying within arms reach” of Vickers, and the shot hit the boy in the knee. Bullet fragments remained in his knee “for an extended period of time” after the shooting, and the little boy suffered “severe pain and trauma” and required “ongoing care from an orthopedic surgeon.”

Ms. Corbitt sued Vickers for damages on behalf of herself and her son. Vickers claimed in federal district court that he was immune from being sued because the shooting was accidental and occurred while he was performing his duty. The court disagreed. The courts have long ruled that victims can sue police for use of “excessive force,” and the judge found that a jury could well determine that Vickers had fired his gun “without necessity or any immediate threat or cause,” resulting in the severe injury to Ms. Corbitt’s young son.

On appeal, Judge Branch cast the deciding vote to reverse the court below and rule that Vickers was immune from any liability for the injury to Ms. Corbitt’s child. Although agreeing that the victim was an “innocent bystander” who suffered significant injury, the majority ruled for Vickers because there was no previous “similar case” that would have given Vickers “fair warning” that his conduct was improper, and his actions were not so “plainly incompetent” that he could be considered liable.

Judge Charles Wilson strongly dissented. On the facts and the law, he explained, Vickers’ actions were in fact “plainly incompetent” and caused serious injury. “[N]o competent officer would fire his weapon in the direction of a nonthreatening pet while that pet was surrounded by children,” Wilson went on, and Vickers should thus not be “protected” by immunity. When Vickers shot his gun, Wilson noted, the young child was “readily viewable” and only “a foot and a half” away and within “arm’s reach.” Although there was obviously no prior case similar to this one, Wilson concluded that based on the facts and prior precedent, no “reasonable officer would engage in such recklessness” as Vickers did and “no reasonable officer would think such recklessness was lawful.”

But as a result of Branch’s deciding vote, no claim can be pursued against Vickers for the serious injuries he caused. Even conservative National Review senior writer David French has called the result “gravely unjust,” not only in this case, but also to other victims of official misconduct. Police officers must be held accountable for their actions, but Amy Corbitt is left with no other avenue in her pursuit of justice for her 10-year-old son.