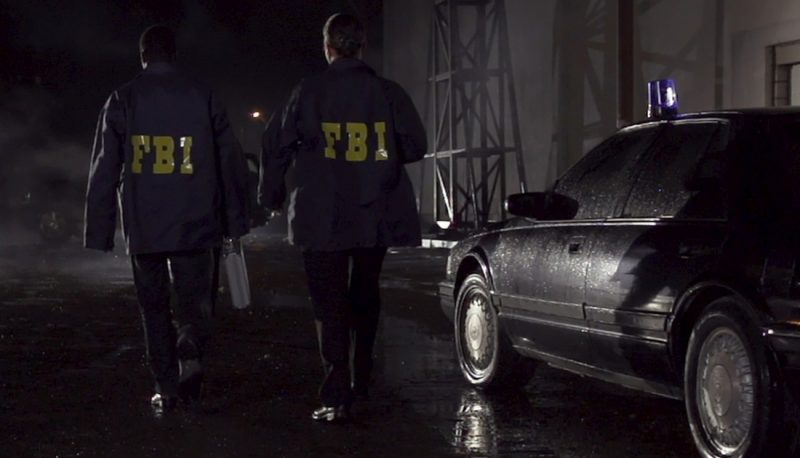 Trump 5th Circuit judge Andrew Oldham wrote an August opinion in Cantu v. Moody that affirmed the dismissal of Daniel Cantu’s lawsuit for damages against two FBI agents for lying, thus fabricating evidence that resulted in his prosecution on drug charges, from which he was eventually found not guilty, but caused him to spend more than two years in jail. Judge James Graves strongly dissented and maintained that under Supreme Court case law, Cantu should have been able to sue the agents for damages.

Daniel Cantu received a phone call from someone who turned out to be an FBI informant, asking to meet in a parking lot in his car. When Cantu arrived, the informant placed a cooler on the passenger seat of Cantu’s car with no explanation. Almost immediately, 45 law enforcement agents approached Cantu’s car, immediately arrested him and seized the cooler, which they discovered contained heroin. Two FBI agents, James Moody and Erin LaBuz, falsely claimed that Cantu had emerged from his car and himself took the cooler and put in his car. Cantu was charged with possession of heroin with intent to distribute, but a federal jury eventually acquitted him. By that time, “he had spent more than two years in jail.”

Cantu then sued several of the FBI agents and police involved for damages. Among other charges, his complaint maintained that the actions of Moody and LaBuz in lying and “fabricating evidence” against him violated his rights under the Fourth Amendment, under which he should be able to recover damages. This was based on the so-called Bivens doctrine, named after a case in 1971 where the Supreme Court ruled that damages lawsuits could sometimes be brought against federal law enforcement officers who violate the Constitution and cause harm to individuals. (Unlike state police, federal officials generally cannot be sued under 42 U.S.C. 1983). Cantu’s theory was that he was not the person who the informant had originally intended to provide drugs to and lead the FBI to capture, but after the drugs were put in his car, the FBI agents “doubled down, fabricating facts” leading to his prosecution and imprisonment.

The district court dismissed Cantu’s Bivens claims, as well as his other charges, and Oldham wrote a 2-1 opinion affirming the lower court decision. Oldham noted that although the Supreme Court had accepted Bivens-type claims in three cases, it had not done so since 1980. In a 2017 case, Oldham pointed out, the Court referred to recognition of a direct cause of action for damages as a “disfavored judicial activity” and suggested “caution” in extending Bivens to other situations. Oldham thus refused to do so in this case, pointing out that federal law enforcement officers can be sued under the Federal Tort Claims Act (FTCA).

Judge James Graves strongly dissented. As even the majority recognized, the 2017 Court decision specifically recognized that the three Bivens cases “remain good law.” Unlike the 2017 case, Graves explained, there were no special factors suggesting that Congress did not want a “damages remedy” to help in “enforcing the law and correcting a wrong.” Instead, Cantu’s case concerned “standard law enforcement operations,” Graves went on, and the claim that FBI agents’ fabrication of evidence led to prosecution and an improper two years behind bars was exactly the type of “law enforcement overreach” that the Court has emphasized can still be pursued under Bivens. The FTCA would not help, Graves noted, since it specifically “does not provide remedies for constitutional violations.”

As Judge Graves pointed out, an injunction against the FBI would not help Cantu, and it was “damages or nothing” if the agents were to be held accountable for their wrongdoing. But as a result of Oldham’s decision, there will be no accountability and no remedy for improper law enforcement action in this case, and quite possibly many others in the 5th Circuit as well.