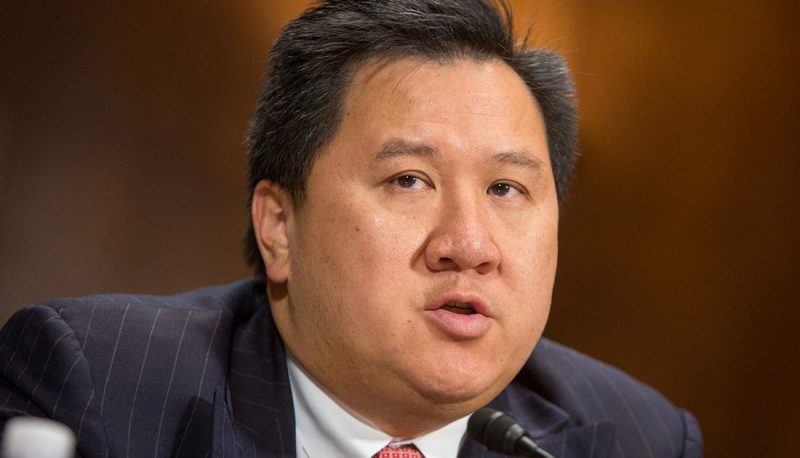 In his August dissent in Faludi v. U.S. Shale Solutions LLC, Trump 5th Circuit judge James Ho argued that a lawyer paid $1,000 per day should nevertheless be able to argue that he should be paid overtime under the Fair Labor Standards Act (FLSA). The majority opinion by George W. Bush appointee Jennifer Elrod disagreed and affirmed a lower court decision that the lawyer was not eligible. Ho primarily used the case to rail against Department of Labor (DOL) regulations and crusade for the Supreme Court to revive the nondelegation doctrine that would invalidate these and many other important agency rules.

Jeff Faludi, who had previously been a practicing attorney, took a consulting job with an oil and gas servicing company. He was paid $1,000 per day for each day that he worked in Houston and $1,350 per day when he worked elsewhere. He left after 16 months, and was paid $1,000 or more for every week that he performed work, receiving approximately $260,000 in annual compensation.

After he left, Faludi sued the company for overtime wages he was allegedly owed under the FLSA. The company maintained that he was not entitled to such pay because he was an independent contractor, because he fit under the “practice of law” exemption to FLSA, and because he fit under the exemption for “highly compensated” workers. The district court believed that there were factual disputes on the first two defenses, but found that the facts and law were clear that Faludi fit under the “highly compensated” worker exemption and granted summary judgment to the company. Faludi appealed.

In a 2-1 decision by Judge Jennifer Elrod, the 5th Circuit affirmed. Even assuming Faludi was an employee, Elrod explained, it was clear that he was a “highly compensated” employee under Department of Labor (DOL) regulations, which are “regulatory expansions of the ‘bona fide executive, administrative, or professional’ exemption” from overtime pay in FLSA itself. The parties agreed that Faludi met the first two requirements in the regulation concerning “highly compensated” employees because he received annual compensation of at least $100,000 and “customarily and regularly” performed the duties of an “executive, administrative, or professional employee.” The majority agreed with the district court that Faludi met the third requirement of being paid on a “salary basis” because, as the regulations require, he “regularly received a predetermined amount of compensation on a weekly or less frequent basis” in excess of the regulations’ minimum amount of $455 per week.

Ho dissented and would have sent the case back to the district court based on a different interpretation of the regulations. He claimed, as did Faludi, that the rule required that Faludi’s compensation be “calculated” on a weekly or less frequent basis. But as the majority pointed out, the actual text of the regulation requires only that Faludi have “received” a predetermined amount of compensation on a weekly or other basis. Ho also agreed with Faludi’s assertion that Faludi did not qualify because, under a different DOL rule, there was no “reasonable relationship” between the $1,000 per day rate and the amount he received each week, since that depended on how many days he worked. But as the majority explained, it was “irrelevant” whether Faludi’s compensation met the reasonable relationship test because that rule “does not apply” to highly compensated workers.

Ho asserted that he would have agreed with the majority if the court was “limited” to the words of the FLSA itself. Thus the real purpose of Ho’s dissent was to push for the revival of the nondelegation doctrine, which would prohibit Congress from delegating to DOL the authority to enact the regulations that Ho claimed were unclear about Faludi’s status. Ho asserted that “our Founders understood the Constitution to require” that cases like this be “limited to the statutes enacted by Congress.” He claimed, in accord with the views of at least four right-wing Supreme Court justices, that “the power to impose rules restricting liberty rests exclusively in Congress,” which cannot delegate rulemaking to DOL or other agencies. Although acknowledging that this view has not been accepted by the courts for “nearly a century,” Ho expressed strong hope that the current Court will “revive the nondelegation doctrine.”

Nothing in the majority’s opinion even hinted that the Faludi case would have been resolved any better or more easily without the DOL rules. More importantly, as Justice Kagan noted recently when four right-wing justices supported the nondelegation doctrine in Gundy v. United States, revival of the nondelegation doctrine would mean that “most of Government is unconstitutional” at the federal level, in light of Congress’ need to “give discretion to executive officials to implement its programs” concerning workers’ rights, clean air and water, occupational health and safety, and other essential protections. Ho’s view would undoubtedly benefit corporations and wealthy individuals like Faludi if adopted, even as it would significantly harm millions of ordinary Americans.