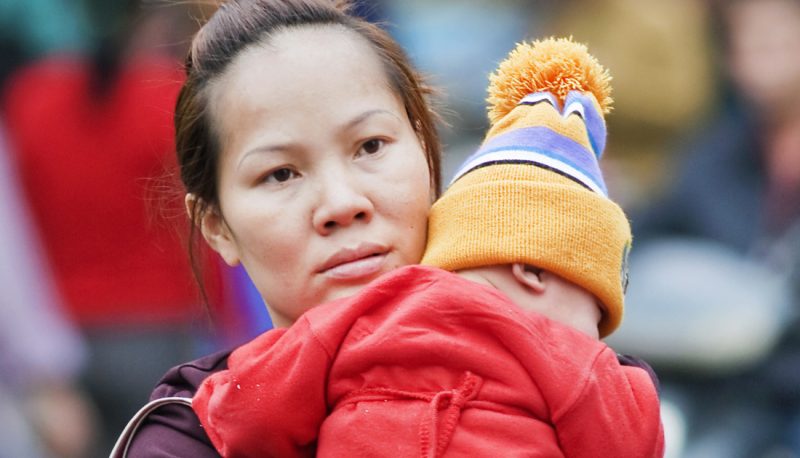 Trump 3rd Circuit judge David Porter dissented from an August decision requiring the Board of Immigration Appeals (BIA) to reopen an asylum case and meaningfully consider evidence from a Chinese immigrant about the punishment for violating the Chinese family planning mandate that Porter himself agreed had become “abhorrent.” The majority decision in Lin v. Attorney General was written by a judge appointed by President Reagan and joined by a George W. Bush appointee who was on President Trump’s shortlist for the Supreme Court.

Guang Lin and her husband Moue Zeng Chen petitioned for asylum in 2008 after coming to the U.S. from China. Lin, who had given birth to three children since entering this country, explained that she would be forcibly sterilized and otherwise punished for violating China’s mandatory family planning policies if she was returned. Her application was denied, and the 3rd Circuit agreed in 2010 that Lin had not shown an “objectively reasonable fear of future persecution.”

In 2018, Lin sought to reopen the case based on “new and previously unavailable evidence” that she contended showed the “heightened enforcement” of the family planning policies in her home province and the “clear likelihood that coercion will be used” against her if she was returned to China. The BIA denied her request, and she appealed to the 3rd Circuit.

In a decision by Reagan appointee Robert Cowan that was joined by George W. Bush appointee Thomas Hardiman, who was on Trump’s shortlist for the Supreme Court, the 3rd Circuit reversed. The majority found that the BIA did not satisfy its duty of “meaningful consideration” of the new evidence and arguments Lin and her lawyer presented, and sent the case back to the BIA for such consideration. But Trump judge Porter dissented, supporting the BIA’s claim that it had in fact “reviewed the relevant record evidence” and found that the conditions in China “had not changed” since 2008.

Judge Cowan’s majority opinion carefully showed what was wrong with the BIA conclusion that Porter supported. The BIA’s evaluation, the majority explained, did not even mention post-2008 evidence of “coerced or forced sterilization or abortion” to enforce the policy. The BIA had relied on a 2016 Chinese policy change permitting couples to have two children, but the majority pointed out that the BIA had failed to refer to any evidence that less strict enforcement had actually resulted from this announced change, which would not have helped Ms. Lin anyway since she had three children. The majority also noted post-2008 evidence not meaningfully considered by BIA that China was pursuing other “coercive” enforcement such as “heavy fines” and “arbitrary detention,” and that China was specifically pursuing such coercion against “returning parents with children born outside” the country, like Ms. Lin and Mr. Chen.

The practice of forced sterilization is a cruel human rights violation that robs women of their bodily autonomy and endangers their wellbeing and their lives. Fortunately for these Chinese refugees, Porter’s views were in the minority in this case. But the deference that he and other Trump judges continue to show to the BIA and other immigration agencies places threatens countless immigrants who are seeking sanctuary in our country, as well as the rule of law.