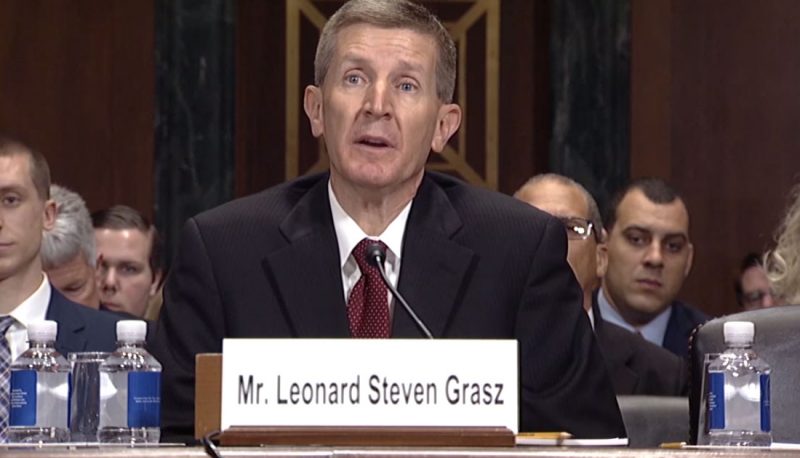 Steve Grasz, a Trump judge on the Eighth Circuit, would have denied members of the deaf and hard of hearing community meaningful access to a local theater in an August 2019 case called Childress v. Fox Associates.

For each traveling Broadway show that plays at the Fabulous Fox Theater in St. Louis, the theater provides captioning at only a single Saturday matinee, as long as it receives a request at least two weeks in advance. Maria Childress and others in the deaf community sued the theater, arguing that Fox had failed to provide them equal service as required by the Americans with Disabilities Act (ADA). Childress argued that Fox was obligated to provide captions for any performance, given enough advance notice, not just one. In a majority opinion by Judge Bobby Shepherd and joined by Judge Michael Melloy—both nominated to the court by George W. Bush—an Eighth Circuit panel affirmed the district court ruling in Childress’s favor, with Judge Grasz dissenting.

As Judge Shepherd explained, businesses must provide auxiliary aids and services to people with disabilities if they are needed in order to enjoy “meaningful access.” That means people with disabilities must have an “equal opportunity to gain the same benefit.” Under the law, businesses need not make an accommodation if doing so would cause an “undue burden.” But Fox had explicitly told the trial court it was not asserting that defense, so it could not make the cost of captioning an argument before the circuit court.

Judge Shepherd explained that, because of Fox’s policy, deaf and hard of hearing people cannot attend the theater during the week or in the evening as others in the St. Louis community can. This means they are excluded from “the economic and social mainstream of American life,” which perpetuates the discrimination Congress passed the ADA to eliminate. The court ruled that this is not the “meaningful access” required by the law.

Judge Grasz dissented. He wrote that Fox was already providing meaningful access because it “has demonstrated a willingness to work with patrons to accommodate requests for alternative dates” besides the single matinee. But that is a distortion of the facts. The theater provided captioning at an additional performance only one time, and when it did, it told the patron that it was an exception to its single-matinee policy, and that exceptions would not always be granted in the future. In fact, when a season-ticket holder asked for captioning at all of the performances she had tickets for, Fox responded by changing her tickets to the single matinee showing.