Trump Judge Tries to Deny Immigrant the Chance to Apply for Deportation Waiver and Instead Authorize Her Immediate Removal: Confirmed Judges, Confirmed Fears - People For the American Way
Skip to main content

Trump Judge Tries to Deny Immigrant the Chance to Apply for Deportation Waiver and Instead Authorize Her Immediate Removal: Confirmed Judges, Confirmed Fears 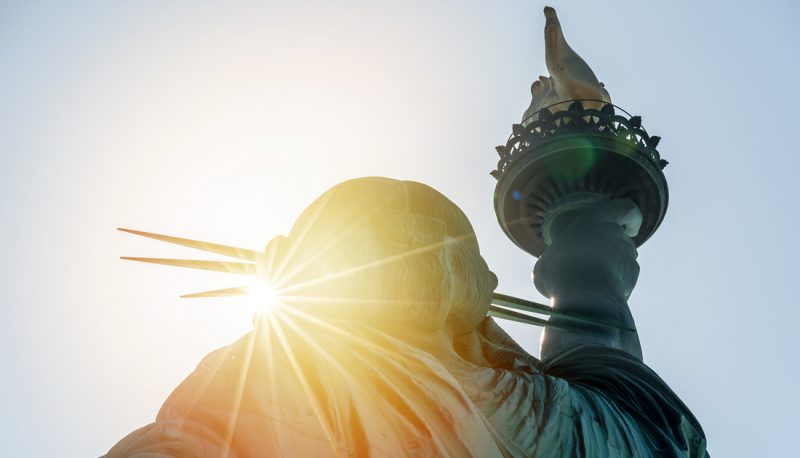 Trump 11th Circuit judge Elizabeth Branch dissented from a September decision in Camarena v. Director, 2019 U.S. App. Lexis 28724 (11th Cir. Sept. 23, 2019) and argued that Immigration and Customs Enforcement (ICE) should be able to immediately deport a woman who had legally entered the U.S. because the court claimed it had no jurisdiction over the execution of removal orders. The majority ruled that the court did have jurisdiction based on previous precedent, and that she would suffer irreparable injury if she was not able to proceed with her claim that she should be able to complete the deportation waiver application process, which the majority found was likely to succeed.

Keila Rosa Camarena entered the U.S. legally from the Dominican Republic in 2002. Later that year, the U.S. Citizenship and Immigration Service (USCIS) granted her a visa as a skilled professional based on her work as an accountant. In 2007, USCIS approved a petition filed by her employer to allow her to remain in the country permanently as a skilled professional, and she applied for lawful permanent resident status the next year. That application was denied, however, and the Department of Homeland Security (DHS) obtained an order for her to be deported in 2013. ICE put her under supervision pending the execution of the removal order.

Ms. Camarena continued to work for her employer during this period, and in 2017, USCIS approved her application for permission to reapply for admission once she is deported. Her employer planned to apply for her certification as a professional accountant, which would then allow her to apply for a waiver from deportation “on the basis of extreme hardship to her eighty-six-year-old U.S. citizen mother.” She can only apply for such a waiver while she is in the United States. Before she could complete the process, however, ICE ordered her immediate removal from the U.S.

Ms. Camarena quickly applied for relief from a Florida federal district court. The judge concluded that he could not hear the case, on the basis of a federal statute denying jurisdiction over any action to contest a removal order. Camarena appealed, and Judge Branch similarly claimed that the court did not have jurisdiction to review the case because she was trying to stay the 2013 removal order.

But the 2-1 majority in the case ruled that it did have jurisdiction, and that her deportation should be stayed pending the full review of her appeal. Relying on previous 11th Circuit and other precedent, as well as the “inherent power” of appellate courts to stay such lower court orders on appeal, the majority explained that Ms. Camarena “need only make a strong showing that she is likely to prevail” on the issue of the lower court’s jurisdiction. They went on to note that she was not challenging the validity of the 2013 order, but was arguing instead that executing it before she has the chance to complete the waiver process would “violate her regulatory, statutory, and due process rights.” In other words, she was challenging ICE’s “legal authority to exercise its discretion” to deport her before she can finish applying for a waiver, “not the exercise of discretion itself,” and so the appellate court can grant her a temporary stay given the likelihood that she would prevail on the jurisdiction issue. The majority also noted that the failure to grant the stay would cause “irreparable injury” because if she were immediately removed, “she would be stripped of her ability to apply” for a waiver, and her separation from her U.S. citizen family could well be “significantly prolonged.”

Fortunately for Ms. Camarena, she will have the chance to demonstrate that she should be able to complete the process of applying for a waiver to avoid such injury to herself and her family. But Branch would have authorized her immediate deportation and deprived her of that opportunity.