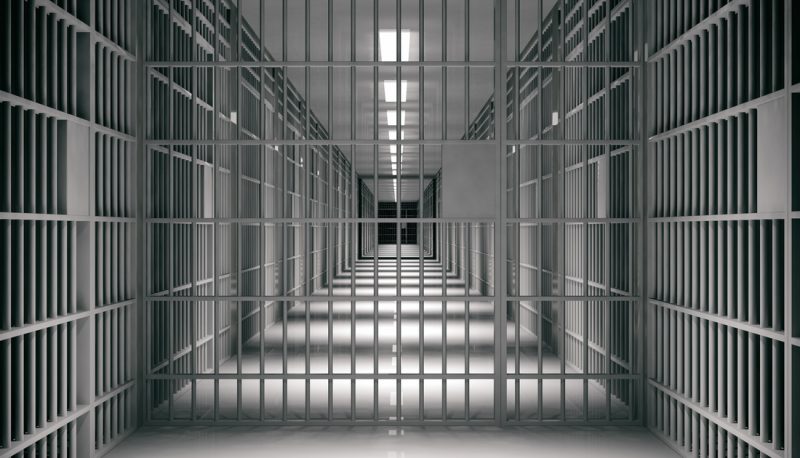 Trump Sixth Circuit judge John Bush tried to uphold a lower court decision that dismissed on summary judgment a claim of deliberate indifference against medical personnel who failed to provide timely treatment to a prisoner who had MS, which caused his death. The majority ruled there were disputed issues of fact and sent the case back to the lower court for trial in its July 2020 decision in Estate of Richie Majors v. Gerlach.

Richie Majors began serving a prison sentence in Michigan in March 2010. He informed medical staff that he had previously been diagnosed and treated with interferon for the debilitating disease of multiple sclerosis (MS) when he had been in prison in Minnesota. For the next four-plus years, however, he received no interferon or similar treatments despite numerous requests and was not given a diagnostic test to confirm or refute his diagnosis.

In the summer and fall of 2014, Majors’ condition rapidly deteriorated. For example, his speech was “consistently slurred,” he suffered “fatigue and weakness” in his facial muscles, he experienced “muscle spasms throughout his body” and required a wheelchair or walker, could “no longer remember basic words,” could not “maintain his own hygiene,” and had “severe memory loss.” In September, an MRI for Majors was finally ordered that confirmed his diagnosis, and he began to receive interferon injections in October.

Majors’ condition continued to worsen in 2015. He could no longer “use his wheelchair on his own, …  clean himself after bowel movements,” or “dress or shower independently.” In September 2015 he was discovered “lying on his cell floor in a puddle of his own urine and feces while breathing shallowly.” He was immediately hospitalized where tests revealed “highly advanced MS damage to his brain.”  He was released from the hospital, then suffered a relapse, was granted medical parole, and died of MS complications in 2016.

Majors’ family filed suit against prison medical personnel who had responsibility for Majors in the 2010-2014 period, contending that they had violated the Eighth Amendment by being deliberately indifferent to Majors’ medical condition. After extensive discovery, a district court granted summary judgment in favor of the defendants. Majors’ family appealed.

All three judges who heard the case agreed that summary judgment was proper as to a number of the medical personnel, particularly those who had seen Majors early, on statute of limitations and other grounds. In an opinion by Judge Eric Clay, however, the court majority reversed the lower court and sent the case back for trial as to two physician assistants who had been largely responsible for Majors’ care from the end of 2012 through 2014: Savithiri Kakani and Thomas LaNore. Clay explained that the record revealed genuine issues of material fact concerning their conduct, including their failure to provide interferon or comparable treatments or to order diagnostic tests for Majors until the fall of 2014, and that a jury could well find that these medical personnel had been deliberately indifferent to Majors’ condition and violated the Eighth Amendment.

Trump judge Bush dissented. Based on his view of the facts, Kakani and LaNore may have committed “mistakes”” or “medical malpractice,” but they were not responsible for “deliberate indifference,” particularly since they purportedly brought Majors’ condition to the attention of supervising physicians and followed any directions they provided.

The majority clearly disagreed. Based on previous precedent, they pointed out that a physician assistant’s failure to request an MRI in a case like this one can itself be evidence of deliberate indifference that a jury should be able to consider. They also noted that LaNore failed to order interferon for some time after an MRI confirmed Majors’ diagnosis, that his symptoms were “obvious” even before the MRI when LaNore began seeing him in 2014, and that a reasonable jury could find that LaNore was aware of a “substantial risk of serious harm” to Majors and “disregarded it.” With respect to Kakani, the majority explained that a reasonable jury could similarly find that the risk to Majors was “obvious” based on his previous diagnosis and symptoms, and the treatment she provided was “so cursory as to amount to no treatment at all.” It was for a jury, not for any of the judges, to decide whether what these medical personnel did only constituted “mistakes” or instead was  “so grossly incompetent, inadequate, or excessive as to shock the conscience or to be intolerable to fundamental fairness” and violate the Eighth Amendment.

As a result of the majority decision, Richie Majors’ family will be able to try to prove their case of deliberate indifference to his MS that clearly helped cause his death. If it had been up to Bush, however, they would have had no such opportunity and all the medical personnel involved would have been excused from any responsibility.