Trump Judge Tries to Send Individual to Jail for 5 Years for Drug Trafficking, Even Though He was Only Driving the Car Where the Drugs Were Found: Confirmed Judges, Confirmed Fears - People For the American Way
Skip to main content

Trump Judge Tries to Send Individual to Jail for 5 Years for Drug Trafficking, Even Though He was Only Driving the Car Where the Drugs Were Found: Confirmed Judges, Confirmed Fears 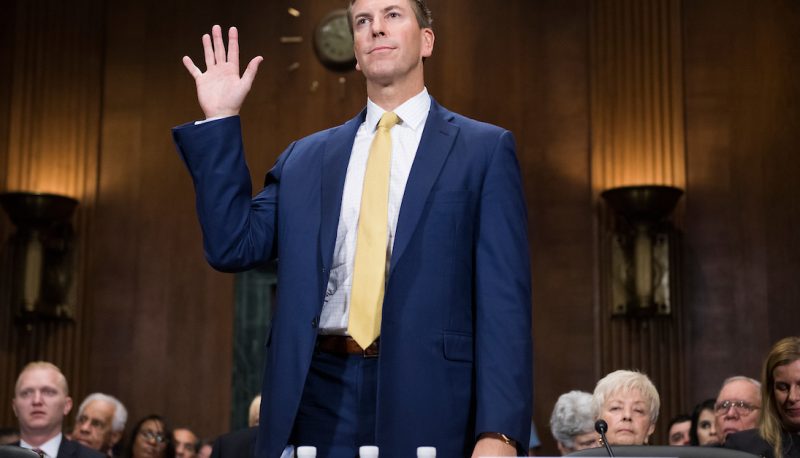 Trump 6th Circuit judge Chad Readler dissented from a September decision in US v. Catching and argued that a person driving a rental car in which marijuana was found should be sent back to prison for drug trafficking, as the district court had found. But the majority ruled that the government had failed to prove actual or constructive possession and that the decision should be reversed.

Demetrius Catching had previously pleaded guilty to cocaine possession, served five years in prison, and then began four years of supervised release in 2017. He was driving in Kentucky in 2018 in a rental car with Tekyia Whitehead, and was stopped for speeding. In the back seat, police found a small amount of marijuana, which, Catching explained, Whitehead had brought into the car with her when he picked her up earlier. No marijuana was found on Catching’s person, but he was charged by police with trafficking in marijuana, a charge that prosecutors later dropped. Later on the same day, Whitehead was driving the car with Catching as a passenger, and they were stopped again for speeding. When the police smelled marijuana, Whitehead stated that there was no marijuana in the car at that time, but that “she had been smoking in the vehicle earlier that day.” Police issued a speeding warning and no other action was taken.

A week later, however, Catching’s parole office issued a report claiming that Catching had been trafficking in marijuana, which violated the terms of his supervised release. At a hearing, Catching consistently maintained that the marijuana was not his; Whitehead said several times that it was hers, but later changed her position when she was charged with marijuana trafficking and said it was not hers, though she never claimed it belonged to Catching. The police and Whitehead disagreed on whether the 22 ounces of marijuana found was a quantity that indicated trafficking or was consistent with personal use.

The judge nevertheless found that Catching had trafficked in marijuana, which violated the terms of his release, and sentenced him to prison for five years. Catching appealed.

The 6th Circuit majority reversed the lower court ruling. In order to revoke Catching’s release, the majority explained, the district court must find by a preponderance of evidence that he knowingly possessed marijuana with an intent to sell it. All three judges agreed that the district court had improperly found that Catching actually possessed the marijuana, and the majority concluded that it had improperly found “constructive possession” as well.

Readler maintained in dissent, however, that the lower court’s finding of constructive possession should be affirmed. He relied on several Kentucky cases in which a driver of a car was found to be in constructive possession of its contents, claimed there was “no plausible theory that points to another owner” since Whitehead denied ownership at one point, and argued that the court of appeals should have deferred to the district court.

The majority clearly explained, however, why constructive possession had not been proven. The law is settled, the majority noted, that the prosecution must prove that the marijuana was subject to Catching’s “dominion and control.” But the 6th Circuit had previously found that the fact that someone “drove a vehicle in which contraband was found” is “insufficient” to establish such control, especially where someone else was in the car and shared in its possession, as in this case. And the record provided no additional “nexus” indicating control by Catching since Whitehead never testified that the drugs were his. Instead, she testified “at best” that the drugs “did not belong to her, but she did not know where they came from,” and “at worst,” that the drugs “were in fact hers.” Rather than simply deferring to the lower court, the majority ruled, the proper course was to send the case back for further action by the district court.

If it had been up to Readler, Catching would have been sent to prison for 5 additional years, even though the only specific connection between him and the marijuana was the fact that he had been driving the car where it was found. Fortunately, more proof will be needed as a result of the majority’s decision, or Catching can remain on parole.