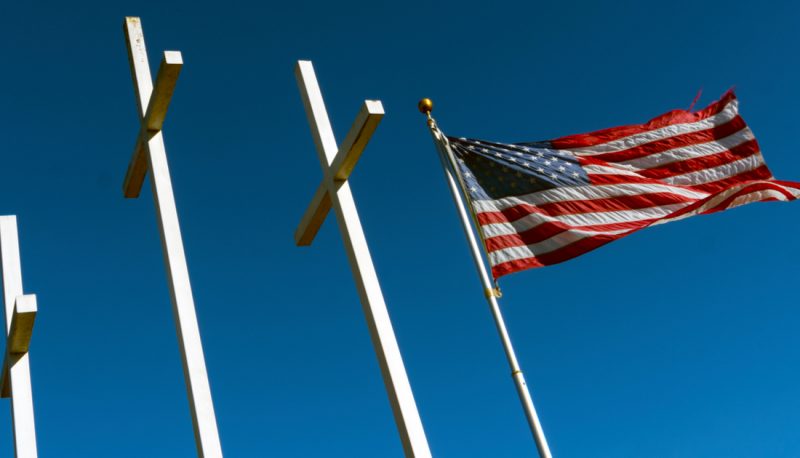 Trump 9th Circuit judge Mark Bennett voted to reverse a lower court decision that denied a preliminary injunction to a Nevada church that has protested state capacity limits related to the COVID-19 pandemic. This was despite the fact that the Supreme Court had earlier declined  to order such relief pending appeal and that the limitation has since been lifted by the state. The  unanimous December 2020 decision is Calvary Chapel v Sisolak.

As explained in an earlier PFAW blog post,  earlier this year, Calvary Chapel Dayton Valley filed suit to challenge Nevada’s limitations on church gatherings because of COVID-19. Although churches—like movie theaters—were limited to 50 people in attendance at a time, and churches were actually treated better than some other mass gatherings, Calvary Chapel protested that some other institutions, such as grocery stores and casinos, were allowed to operate at 50% capacity, although they also had other restrictions.

A district court denied a preliminary injunction in favor of the church, which sought an emergency injunction during its appeal, going all the way to the Supreme Court for such relief. Through a 5-4 vote while Justice Ginsburg was still on the Court, the majority rejected the church’s request, despite acerbic dissents from Trump justices Gorsuch and Kavanaugh.

As the appeal proceeded in the Ninth Circuit, the state ended the specific limitations that the church was complaining about due to changing conditions. Nevertheless, Trump judge Bennett voted, along with judges nominated by Presidents Reagan and George W. Bush, to reverse the district court and enter a preliminary injunction that forbids the state from “imposing attendance limitations” on religious services that are “less favorable than 25% of the fire-code capacity.”

The court suggested that the Supreme Court’s November 5-4 ruling in the Brooklyn case invalidating limits on church attendance, which occurred after Justice Barrett replaced Justice Ginsburg on the Court, “represented a seismic shift” and “compels the result in this case.” The court maintained that as in the Brooklyn case, the challenged order “treats numerous secular activities significantly better than religious worship services,” and this “disparate treatment” can only be justified if the order is “narrowly tailored to serve a compelling state interest.” Although conceding that the state’s interest in combating the pandemic is “compelling”, the court concluded that the order was not “narrowly tailored” because it could have been tied to the size of religious institutions or percent of fire code capacity. It sent the case back to the lower court after imposing its injunction, which it stated may be modified based on “strict scrutiny” review.

Although the Supreme Court’s “seismic shift” in the Brooklyn case explains much of the decision, the Ninth Circuit majority clearly went even further in several respects. The court conceded that Nevada’s limits were “less restrictive in some respects” than the New York restrictions, which could have produced a different result. In a footnote, the court acknowledged that the state’s order had been rescinded, but concluded, without any lower court consideration or detailed analysis, that “many of the issues we identify” are present in subsequent directives and justify its holding. And instead of following the usual course of appellate courts to reverse a decision and send it back to a lower court to fashion appropriate relief after considering current facts and circumstances, the court claimed it had “discretion” to act itself based on briefs and short oral arguments. Perhaps most importantly, the Ninth Circuit as well as the new Supreme Court majority has effectively ignored significant medical evidence that indoor religious services have been “hot spots” for COVID-19 outbreaks and are particularly “high risk,” compared with activities like shopping in  grocery stores, because people are in one place for an “extended” time during such services and are often “projecting” their voices.

The future of what will happen in Nevada with respect to pandemic-related health measures is unclear. As a result of Trump judges like Bennett and all three Trump Supreme Court justices, however, it appears that the courts will continue to play what Justice Sonia Sotomayor has called a “dangerous game” in “second guessing the expert judgment of health officials” on the deadly COVID-19 pandemic.