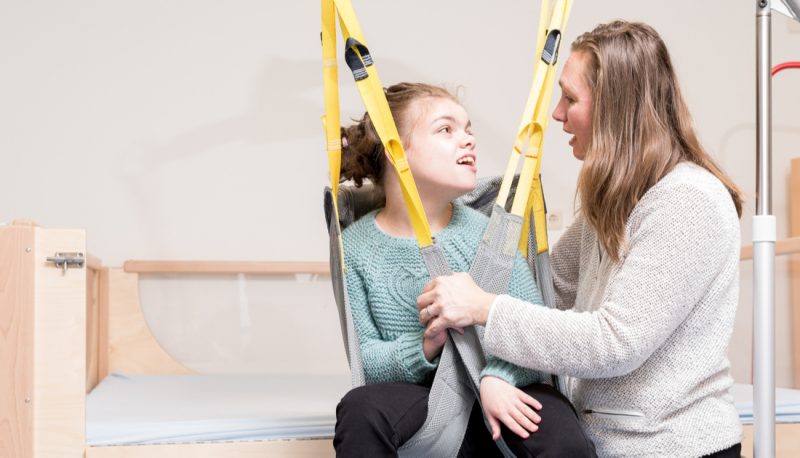 A child with her caregiver (Shutterstock)

Eleventh Circuit Trump judge Elizabeth Branch dissented from a September decision in United States v. Florida and would have held that the Justice Department cannot go to court to enforce Title II of the Americans with Disabilities Act (ADA). Title II is the section that prohibits discrimination in public services by cities and states. The majority opinion was written by Judge Danny Boggs, a Reagan appointee to the Sixth Circuit who was sitting by designation.

During the Obama administration, the Justice Department found that Florida’s Medicaid program unnecessarily and inappropriately institutionalized children with disabilities. Unable to persuade the state to voluntarily comply with the ADA, the Justice Department sued under Title II. Florida argued that the ADA does not allow DOJ to sue for enforcement, a position Judge Branch’s dissent agreed with.

The ADA establishes enforcement procedures indirectly, by saying the “remedies, procedures, and rights” relating to Title II are the same as those in the Rehabilitation Act of 1973 (which bans discrimination on the basis of disability by recipients of federal funds). The Rehabilitation Act, in turn, states that it has the same “remedies, procedures, and rights” as set forth in Title VI of the Civil Rights Act of 1964 (which bans discrimination by race, color, or national origin by recipients of federal funds).

Branch wrote that, regardless of the other statutes and their implementing regulations, Title II’s enforcement authority is limited to “any person,” which does not include the federal government. The statute says:

But Judge Boggs’s majority opinion explained that the operative phrase for establishing the rights surrounding enforcement is not “any person.” Instead, the crux is the explicit reference to the “remedies, procedures, and rights” as described in other statutes. Boggs wrote:

By cross-referencing to other statutes, Congress made a “package” of remedies, rights, and procedures available that may include enforcement by the Attorney General.

In enacting the ADA, Congress legislated in light of existing remedial statutes.

For the same reason, the majority disagreed with Judge Branch’s assertion that because Title I and III explicitly refer to the attorney general’s enforcement authority, the absence of a specific mention in Title II means DOJ has no enforcement authority for that title. Judge Boggs wrote:

But that difference should not dictate a conclusion that, absent greater specificity, we should simply assume that a single word in § 12133 ends all inquiry. Because Congress chose to cross-reference other statutory provisions to identify how Title II may be enforced, we must consider those statutory provisions.