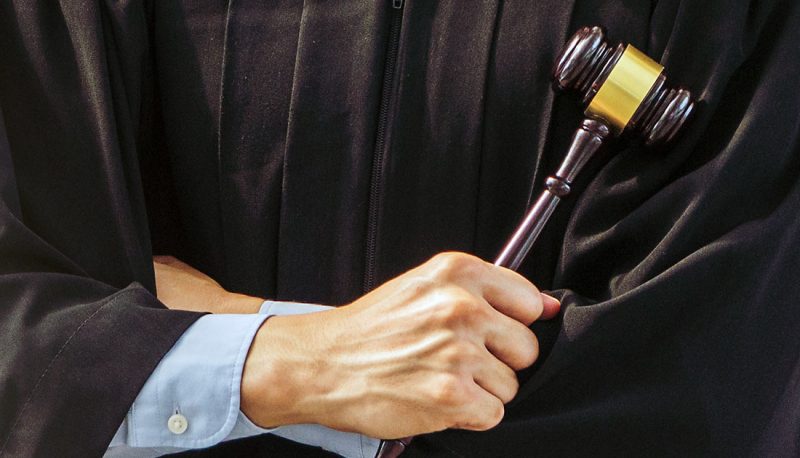 Trump Second Circuit judge Richard Sullivan tried to reverse a district court and rule that shareholders of the large investment firm Goldman Sachs (Goldman) could not bring a class action suit against the firm for securities fraud for allegedly misrepresenting conflicts of interest in its business practices. The Second Circuit majority rejected that view and, in an opinion by George W. Bush nominee Richard Wesley, ruled that the class action suit could proceed in its April 2020 decision in Arkansas Teachers Ret. Sys. v. Goldman Sachs Group, Inc.

The Arkansas Teachers Retirement System, along with other pension funds, individual investors, and shareholders, brought a lawsuit against Goldman, contending that it had committed securities fraud by making misrepresentations and concealing serious conflicts of interest, thereby artificially inflating the stock price, only to see the price fall after news of those conflicts emerged. Shareholders lost significant sums when several government investigations “revealed the truth of Goldman’s flawed conflicts management.”

After lengthy proceedings, including an extensive evidentiary hearing, a district court allowed the case to go forward as a class action. Goldman appealed, claiming that the lower court had abused its discretion in certifying the class action.

The Second Circuit majority rejected Goldman’s claims and affirmed the decision by the district court. Judge Wesley explained that since Goldman had claimed that the lawsuit could not get past the preliminary stage as a class action, it had the burden to prove that “the alleged misstatements” it had made “had no price impact” on the stock. The majority noted that the district court carefully considered all the evidence, including testimony from the shareholders that the misrepresentations maintained “an already inflated stock price,” and testimony and evidence from Goldman, which it found “not persuasive.” Rather, the majority found that the district court had “correctly applied” the legal theories in the case, and “reasonably concluded by a preponderance of the evidence” that Goldman had failed to meet its burden and that the case should go forward as a class action.

Trump judge Sullivan dissented, claiming that Goldman had offered “persuasive and uncontradicted evidence” that Goldman’s alleged misrepresentations did not affect the share price. The majority firmly rejected this assertion. Judge Wesley carefully explained that in contrast to Sullivan’s characterization, Goldman’s evidence was specifically rebutted by the shareholders, and the district court had also concluded that Goldman’s proof “simply came up short.”

The majority pointed out that Sullivan could identify “no inaccuracies or misstatements of the evidence” to support his view that the district court’s conclusions were “so clearly erroneous that they require appellate correction.” The proper question was not whether Judge Sullivan was persuaded, the majority went on, but whether the district judge was persuaded after he “heard the testimony, carefully reviewed all the evidence and analyzed the conclusions.” As the majority concluded, there was “no abuse of discretion” in the district court’s “reasonable conclusion that Goldman failed” to meet its burden of proof.

The majority sent the case back to the court, where the shareholders will now have the opportunity to prove their claims and the significant damages suffered by the class of shareholders in the case. If it had been up to Trump judge Sullivan, however, they would not have even had that chance to obtain redress for corporate misconduct.