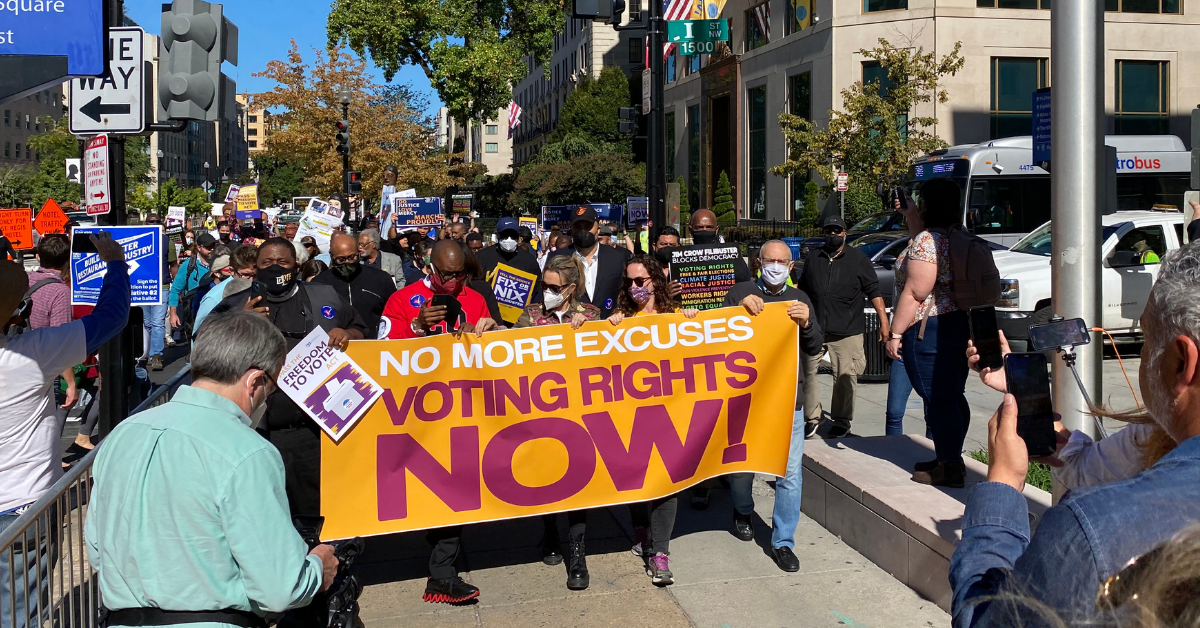 Trump Justices Neil Gorsuch, Brett Kavanaugh, and Amy Coney Barrett cast deciding votes in a 6-3 “shadow docket” order that put back into place for 2022 a Republican-drawn congressional districting map that had been ruled discriminatory.  The ruling follows the Court majority’s troubling pattern of harming voting rights, particularly for communities of color. The June 2022 order was in Ardoin v Robinson.

What led to the Court taking the case?

After the 2020 census, the Republican-controlled Louisiana legislature redrew the map concerning the state’s six congressional districts. Although the state’s Black population had increased and its white population decreased, the map did not change substantially. It continues to have only one district with a majority composed of Black voters. The Democratic governor vetoed the plan, but the Republican legislature overrode that veto.

Civil rights groups and voters sued, contending that the plan violated the Voting Rights Act (VRA).The district court agreed, finding that the state had improperly packed Black voters into a single district and spread out the rest. The judge ordered the legislature to draw up a new map that would likely include a second majority-Black district.

On appeal, the Fifth Circuit refused to stay the order as the appeal continued. The court unanimously rejected a stay in an opinion including judges nominated by Presidents Reagan and Trump. The state hoped to stop the district court’s order from taking effect before the 2022 elections. Even though the appellate court had scheduled argument in early July, the state asked the Supreme Court for a stay.

What did the Supreme Court do?

In a 6-3 unsigned order with no explanation, the Supreme Court did what the state asked. It granted review even though the Fifth Circuit had not considered the case on the merits. And it ordered the case stayed until after the Court reviews a different case from Alabama next term raising similar issues.

The Court’s order effectively reinstated the Republican-drawn map until at least after the November elections. Given that the Court will not hear the Alabama case until after the Court’s next term starting in October, that result has become virtually inevitable. The Republican legislature got what it wanted, at least for now.

What’s the significance of the Court’s action?

The Court’s order will clearly help Republicans in the November elections by freezing in place a map found discriminatory.  In addition, it becomes part of a larger pattern in which the Court majority has already harmed minority voting rights and appears set on doing so in the future. This includes decisions severely weakening Sections 2 and 5 of the VRA, the Alabama shadow docket order, and another recent unsigned opinion that summarily reversed a Wisconsin Supreme Court decision on state legislative reapportionment that had created a majority-Black district. As voting expert Rick Hasen has explained, the ruling provides “another example of a court in a hurry to roll back minority voting rights.”

The case also provides yet another example of this majority making important rulings on its “shadow docket” with no explanation. “It’s ridiculous,” lamented Harvard law professor Nicholas Stephanopolous, “that we don’t know why the court is making rulings like this.” The Court’s right-wing majority, however, appears determined to continue this pattern in the future as well. The Trump-McConnell Supreme Court justices continue to harm our rights.

What can we do to protect voting rights?

Despite the extreme Court majority, we can all take steps now to help protect voting rights!

Biden-Nominated Judge Rules that Students Should Have Chance to Seek Tuition Refund for Cancelled Classes Despite Trump Judge Dissent: Our Courts, Our Fight

Biden-Nominated Judge Rules that Activist Should Have Chance to Prove Government Officials Improperly Retaliated Against Her Despite Trump Judge Dissent: Our Courts, Our Fight