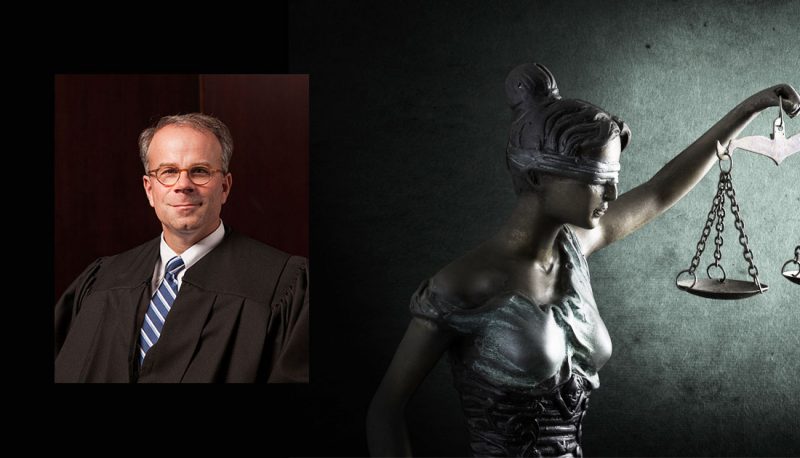 Faced with evidence that a police officer may have recklessly or even intentionally failed to disclose vital information that undercut his case for a search warrant, a Seventh Circuit panel ruled in United States v. Clark that the defendant should have a chance to contest the warrant’s validity. Trump judge Michael Scudder dissented in the August 2019 case and would have foreclosed that option.

Police investigator Todd Maas obtained a warrant to search a hotel room being used by Michael Clark. His affidavit to the issuing judge contained evidence of drug-dealing from a confidential informant, but Maas left out vital information about the informant that significantly undermined his credibility: The informant was being paid for his services. He also had two pending criminal charges against him, 15 prior convictions, and a history of drug abuse. In addition, he was hoping to receive a reduced sentence in exchange for his cooperation But none of that was known by the magistrate who issued the search warrant. A trial judge denied Clark’s motion for a pretrial hearing (a “Franks hearing”) to invalidate the search warrant, a denial that the Seventh Circuit panel reversed.

To have a Franks hearing, Clark had to make a substantial preliminary showing that (1) the application for a warrant had an omission that would have altered the finding of probable cause; and (2) Maas had left the information out intentionally or with a reckless disregard for the truth. Writing for the majority, Judge David Hamilton noted that the confidential informant was the only source of information in the affidavit specifically about drug trafficking, making the other evidence “meager” support for probable cause. Judge Scudder, however, believed the affidavit sufficiently corroborated the confidential informant’s information.

But as the majority explained, the reliability of that corroborating information was in doubt, because all of it was provided by Inspector Maas. Under circuit precedent, credibility omissions may lead a court to infer a deliberate or reckless disregard for the truth on the part of the police investigator. “Such omissions are matters for a trier of fact to weigh.” And if there is doubt about Inspector Maas’s veracity regarding the confidential informant, then there may also be doubt about the rest of the affidavit, because Maas was the only source of the corroboration. Therefore, “Clark was entitled to a hearing, one where Maas’s credibility could be addressed with evidence from both sides.”

Judge Scudder argued that the trial judge was not required to mistrust the rest of the affidavit. He would have deferred to the trial judge’s decision to find the additional information reliable. Even Scudder conceded, however, that  the search warrant application in this case, “like many others prepared by law enforcement officers in Wisconsin, omitted information about the confidential informant’s criminal history.” Because this information is “essential to a proper probable cause analysis” under the Constitution, he noted, “Wisconsin law enforcement would do well to revisit its warrant application practices.”

While the entire panel would likely join that admonition, it does not help people who law enforcement has already targeted based on faulty procedures. The constitutional requirement of Due Process is all about fairness. In the criminal justice context, fairness requires the government to give defendants a chance to contest the evidence against them. That’s what the Franks hearing is for. Had Scudder’s opinion carried the day, Michael Franks would be denied that chance.