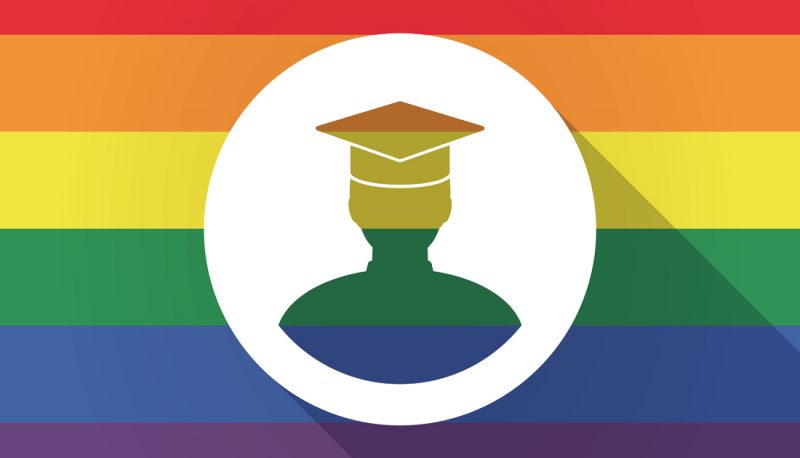 People For the American Way and allied organizations have been calling attention to the Department of Education’s current Title IX rulemaking that has the potential to gut survivors’ rights and affect almost every aspect of a school’s obligation to respond to incidents of sexual violence and harassment. PFAW is particularly concerned about the potential impacts for LGBTQ survivors, people of color, and other systemically-oppressed communities. Thankfully, final implementation cannot occur until the public has a chance to weigh in. People For the American Way’s public comment letter follows below and is available here.

I am writing on behalf of People For the American Way (PFAW) to offer comments on the Nondiscrimination on the Basis of Sex in Education Programs or Activities Receiving Federal Financial Assistance proposed rule.i Founded in 1981 by a group of civic, educational, and religious leaders, PFAW is a progressive advocacy organization grounded in the nation’s ideals of freedom, equity, opportunity, and justice. Over its history, PFAW has conducted extensive education, outreach, legislative and regulatory advocacy, and other activities to make these values a reality in the lives of all people.

PFAW and its hundreds of thousands of members nationwide strongly support the principle that promoting gender equity and racial justice is critical to achieving our vision of a vibrant democratic society that works for all of us. PFAW is thus concerned about the Department of Education’s current Title IX rulemaking that has the potential to gut survivors’ rights and affect almost every aspect of a school’s obligation to respond to incidents of sexual violence and harassment. PFAW is particularly concerned about the potential impacts for LGBTQ survivors, people of color, and other systemically-oppressed communities. We urge the Department to withdraw the proposed rule in its entirety.

The Department’s proposal will allow schools to ignore and mistreat survivors.

In many instances, schools would not be responsible for addressing students’ allegations, even when school employees knew about the harassment.ii They would be required to ignore incidents that occur outside of school activities, including most off-campus and online incidents, even when they directly impact a student’s education.iii They would have to wait until the harassment becomes so severe and harmful that it denies a student educational opportunities.iv They could treat survivors poorly as long as they follow various procedures in place, regardless of how those procedures fail to help or even harm survivors.v Their supportive measures would not be held to a high standard, allowing weak or even harmful survivor supports, including those that cause undue burden, e.g. an assailant may be allowed to stay in the same class or dormitory while the survivor is forced to either remain in close proximity to them or move.vi

The Department’s proposal will allow schools to distort the principle of freedom of religion.

Religious exemptions that obstruct access to basic services distort the principle of freedom of religion—twisting it from a First Amendment shield into a sword that harms others. Here, the Department proposes even greater latitude for religious schools that wish to violate Title IX, allowing them to claim religious excuses in refusing Title IX compliance without written notice to the Department, even after the discrimination has occurred.vii Not only do survivors depend on written notice for a full and fair understanding of the cases they are pursuing, but all current and prospective students should have the opportunity to make determinations about school selection and attendance based on full information regarding an institution’s ability or intent to discriminate against them.

The Department’s proposal will deny survivors’ due process rights in the rare cases where schools are required to respond.

There would be no clear timeframe for investigations, and schools would be able to delay taking any action if there is also an ongoing criminal investigation.viii They would be required to presume that no harassment occurred.ix Many would have to use an inappropriate and more demanding standard of proof to investigate these claims than they use to investigate other types of misconduct.x They would have to grant survivors unequal appeal rights in the provision of sanctions,xi and could also pressure survivors into mediation with their assailants.xii Survivors attending colleges and graduate schools would be required to submit to live cross-examinations by their assailants’ advisors of choice.xiii

The Department’s proposal will have a particularly devastating impact on LGBTQ survivors.

The National School Climate Survey examines the experiences of LGBTQ students in K-12 schools who are at least 13 years old.xiv In 2017, more than eight in ten reported having experienced sexual violence or harassment.xv They had lower grades, were more likely to have missed school, and less likely to be pursuing postsecondary education.xvi Doubts that they would get the help that they needed and fear of their situations getting worse led them to not report to school staff.xvii The Department should be working with LGBTQ survivors and their schools to bridge these gaps. Instead, the Department’s proposal will exacerbate the challenges that LGBTQ survivors face by lowering the standards for federal intervention.

The Department’s proposal will endanger people of color and survivors from other systemically-oppressed communities.

In addition to LGBTQ survivors, other systemically-oppressed communities that rely on Title IX protections have a lot to lose with the proposed Title IX changes. Harmful race and gender stereotypes have lead schools to ignore, blame, and punish young Black women, and other women and girls of color, who report sexual violence or harassment.xviii Pregnant and parenting youth who also face stereotypes are kissed or touched without their consent, forced to have sex, purposefully injured by a partner, and get into fights at school.xix Students with disabilities are more likely to be sexually assaulted.xx They are also less likely to be believed due to stereotypes and may have greater difficulty describing their experiences.xxi The Department should also be working to address these students’ concerns—indeed, the concerns of all students—but here again the proposal will exacerbate an already difficult situation.

The Nondiscrimination on the Basis of Sex in Education Programs or Activities Receiving Federal Financial Assistance proposed rule is in direct conflict with the Department’s commitment to “[p]rohibiting discrimination and ensuring equal access to education.”xxii We strongly urge you to withdraw it in its entirety.