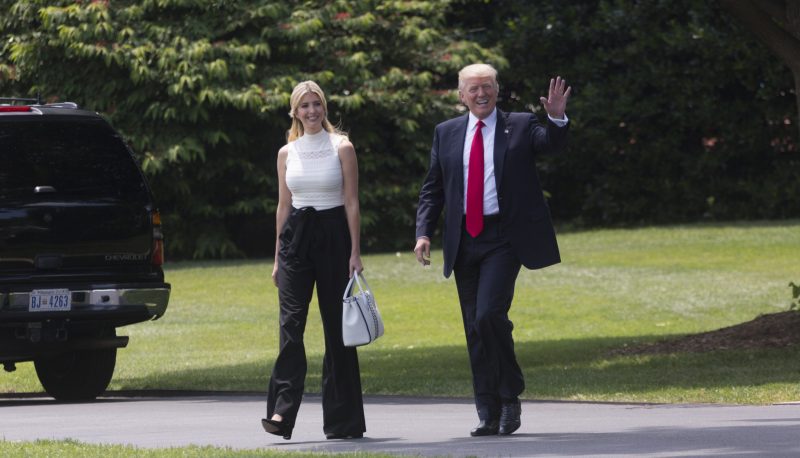 Americans deserve far better than what we’re getting from President Trump and his administration. Our health and rights need strong safeguards, yet Trump is committed to making the federal government work for people like him at the expense of everyone else. For the women and working families among us, the president’s empty promises include a paid leave plan that fails to serve those who need paid leave most.

People For the American Way and PFAW’s African American Ministers In Action are opposed to the unacceptable Trump plan, and today we joined the National Partnership for Women & Families and 340+ other organizations in voicing our concerns with Congress:

Policy details matter tremendously. Disparities in access to leave, changing demographics and the realities working families face today require that any meaningful national plan be comprehensive and inclusive. Responsible governance requires that any plan be affordable, cost-effective and sustainably funded with new revenue, not with cuts to existing programs. Any plan that fails to meet these tests—and especially one that does so in the context of a budget proposal that would do irreparable damage to the health, nutrition, income stability and well-being of millions of people across the country—is unacceptable. Paid leave in name only will serve no one.

PFAW, AAMIA, and our allies clearly outlined what a real paid leave plan would look like:

PFAW sent a similar message directly to the Senate Appropriations Committee, who recently heard from Labor Secretary Alexander Acosta about the Department of Labor’s budget for next year. PFAW, the National Women’s Law Center, and others argued against the department’s misplaced priorities:

[S]everal of the proposed cuts target programs specifically aimed at ensuring fairness and opportunity for women at work — including slashing the Women’s Bureau budget by nearly 75 percent, eliminating the Office for Federal Contract Compliance Programs (OFCCP), and eliminating funding for the Women in Apprenticeship and Nontraditional Occupations Act (WANTO) program. The proposed creation of an inadequate and unfunded paid parental leave program does not compensate for these draconian cuts and threatens to undermine already-fragile unemployment insurance programs in the majority of states; the proposed parental leave plan would also fail to meet the needs of millions of people who take family and medical leave each year by excluding family care and personal medical leave. The Administration also continues to devise new strategies to delay and weaken an updated Department of Labor final rule expanding access to critical overtime pay for millions of working people.

We spoke in strong support of returning the department to its core mission:

The Department of Labor interprets and enforces laws vital to women’s economic security and right to be free from workplace discrimination, including the Fair Labor Standards Act, the Family and Medical Leave Act, the Affordable Care Act, and executive orders prohibiting employment discrimination by federal contractors and setting labor standards for federal contractors’ employees. The Department of Labor is responsible for implementing policies and programs that help close the gender wage gap; remove barriers to women’s employment opportunity, including sex discrimination; raise women’s wages; allow women to meet caregiving responsibilities while succeeding at work; and ensure women’s health and safety so they can continue to support their families.

These letters follow another recent push by PFAW, NWLC, the National Partnership, and others to marshal congressional support for the Schedules That Work Act:

The Act provides all workers with the right to request a schedule change without fear of retaliation. For those who need a schedule change to fulfill caregiving responsibilities, to work a second part-time job, to pursue education or training, or to attend to their own medical needs, employers are required to accommodate their requests unless there is a bona fide business reason for not doing so. For nonexempt retail, restaurant, food service, and building cleaning employees, the bill also provides:

Fair scheduling is a critical component of PFAW’s efforts to counter attacks on women’s equality, along with supporting real paid leave and holding the Trump administration accountable when they leave women and working families behind.