SIGN NOW: No Vote on New Supreme Court Nominee Until AFTER the Election!

On Monday, July 9, Donald Trump is expected to announce his nominee to replace Justice Anthony Kennedy, who is retiring from the U.S. Supreme Court on July 31. Trump’s first Supreme Court nomination, ultra-conservative Neil Gorsuch, who was confirmed after Majority Leader Mitch McConnell and Senate Republicans hijacked the vacancy from President Obama for nine months, has already changed the course of history on workers’ rights, religious liberty and discrimination, money in politics, voting rights and more. Whomever is confirmed to Justice Kennedy’s seat will serve for life, and the values they bring to the job will shape our country for generations. People For the American Way has serious concerns about Trump’s shortlist of nominees.

Each nominee on Trump’s shortlist was hand-picked by the ultra-conservative Heritage Foundation and Federalist Society. No matter the Trump-GOP lies, each judge on the list satisfied a litmus test to automatically gut Roe and dismantle the Affordable Care Act’s coverage for pre-existing conditions. For these reasons, the Religious Right is already celebrating this vacancy. No one can confirm Trump’s selection with certainty, but many reports suggest that Trump has it down to six finalists.

PFAW is calling on activists to be ready to fight because in addition to the issues of reproductive freedom and health care, each of these candidates would bring dangerous and extreme political agendas to the bench. Get to know the finalists better: 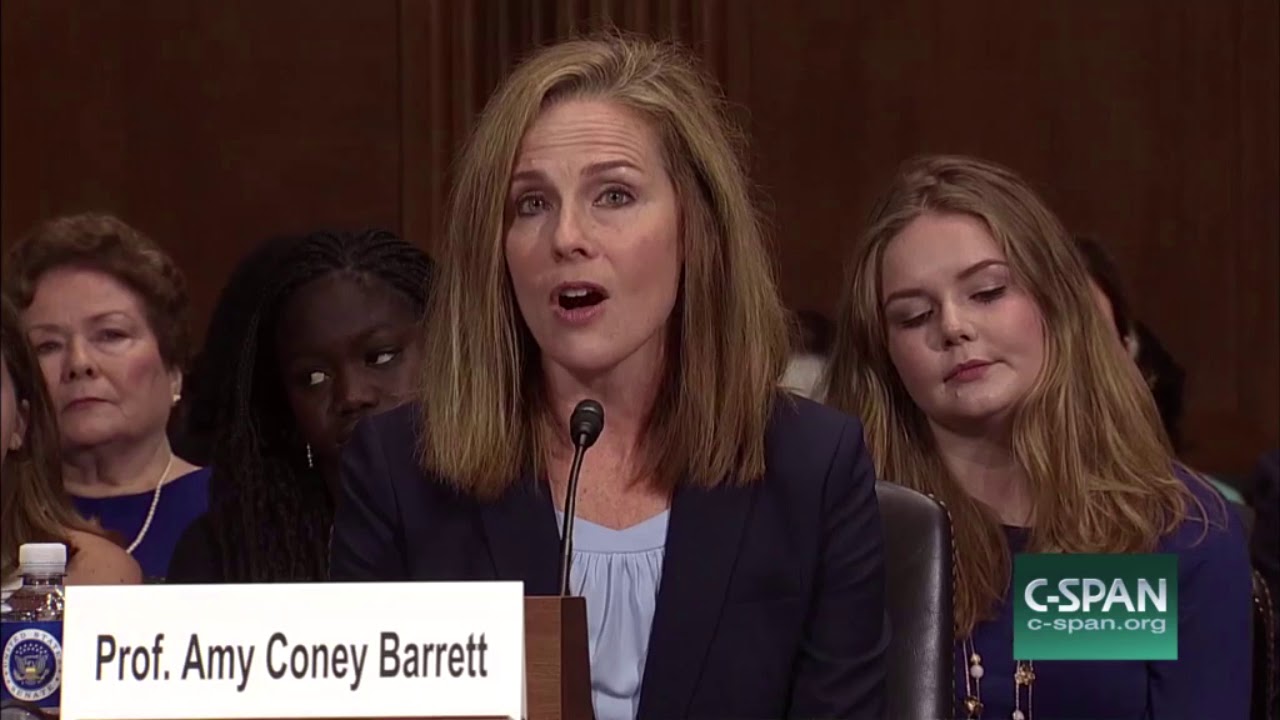 Amy Coney Barrett currently serves as a judge on the U.S. Court of Appeals for the Seventh Circuit. Before becoming a judge, the relatively young Barrett has criticized decisions that uphold a woman’s right to choose and celebrated decisions that chip away at health care access. She argued that Chief Justice Roberts “pushed the Affordable Care Act beyond its plausible meaning” in NFIB v. Sebelius and signed a statement of protest calling the contraceptive coverage policy in the ACA an “assault on religious liberty.” And any person who argues that she wouldn’t overturn Roe v. Wade is ignoring a history of Barrett’s scholarly writings suggesting that Roe is an “erroneous decision” that “creat[ed] through judicial fiat a framework of abortion on demand.” She is a narrow-minded elitist who has argued that judges are not bound by long-standing precedents. Since becoming an appeals court judge she has attacked workers’ rights and a defendant’s right to counsel, and even voted not to review a three-judge panel’s ruling allowing racial segregation in the workplace. 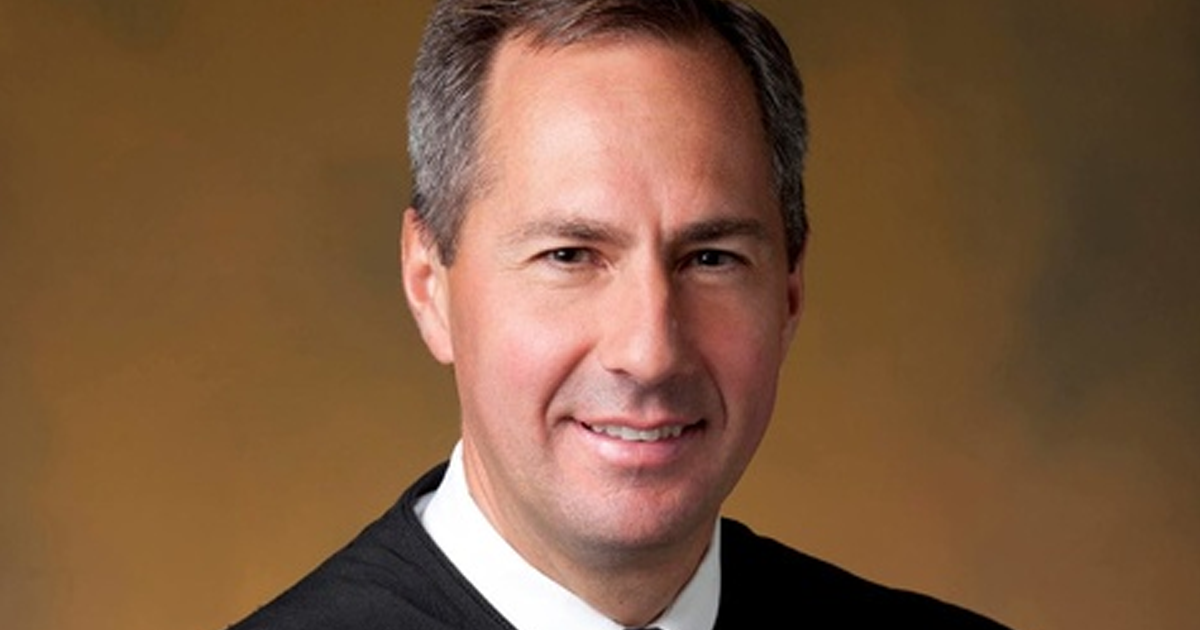 In 2017, Trump reportedly narrowed the field to two candidates before nominating Neil Gorsuch; the other potential candidate was said to be Thomas Hardiman of the U.S. Court of Appeals for the Third Circuit. Since joining the court in 2007, Hardiman has made his far-right views explicit: He upheld humiliating strip searches of people arrested for minor offenses. He suggested in one case that citizens do not even have an enforceable right to videotape police officers at a traffic stop. In a number of dissents, he has disagreed with decisions of his colleagues protecting individual rights and has ruled on several occasions to harm such rights. For example, he argued in one dissent that the Philadelphia airport could ban an NAACP billboard. In another, he argued that against allowing a school district to permit middle school students from wearing bracelets designed to increase breast cancer awareness. He has also tried to significantly limit federal legal protections for children with learning disabilities and their parents; as the majority explained, Hardiman’s view would have allowed school districts to “hold parents hostage” on what is appropriate education for their children. 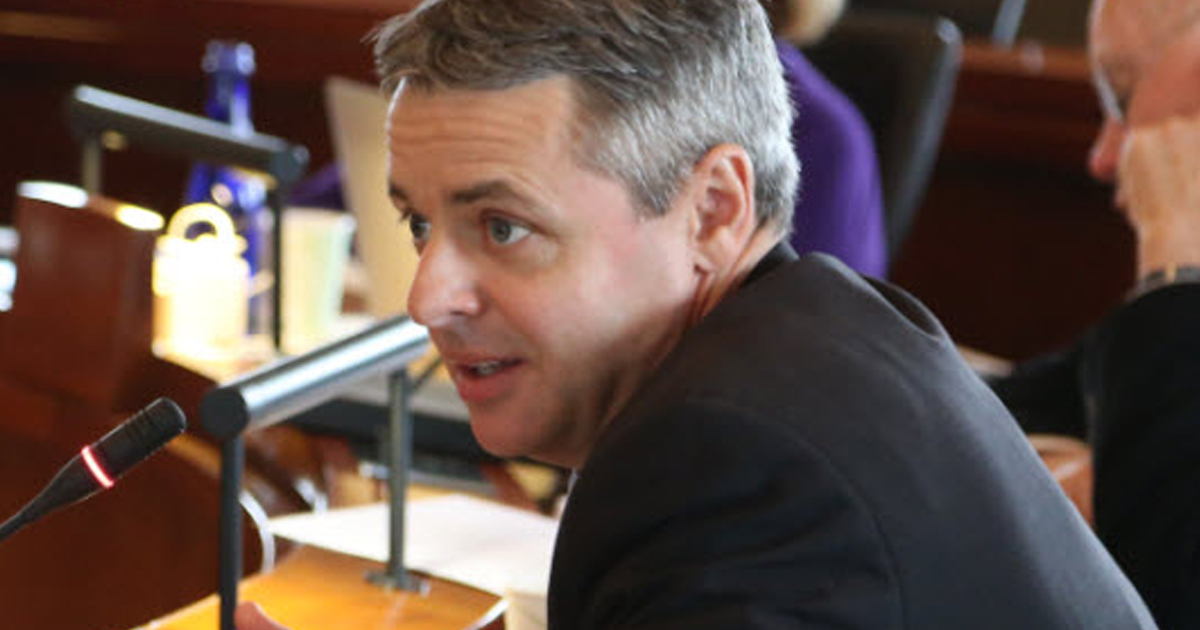 Raymond Kethledge’s record on the U.S. Court of Appeals for the Sixth Circuit reveals similar extremist right-wing views. When the Ohio Republican party sued to prevent up to 200,000 votes from being counted in the 2008 election, Kethledge wrote a concurring opinion siding with the state GOP. That decision was quickly reversed by the Supreme Court. He is generally hostile to the rights of workers, as shown by several dissents in which he disagreed with the majority and would have sided with employers. For example, in one case, he argued that volunteer firefighters who get substantial pay when they respond to calls should not even be protected by the Family and Medical Leave Act and the Fair Labor Standards Act. In another, his view would have prevented a worker whose employer had made negative comments about his being there for so long from having the opportunity to prove an age discrimination claim. In another, Kethledge upheld a law that Michigan teachers argued was passed to retaliate against them after they exercised their rights to organize. Writing for the majority of a divided court, he ruled in one case that the Sierra Club and several individuals could not even bring a lawsuit challenging an Ohio official for failing to enforce emissions regulations under the Clean Air Act; the dissent noted this was contrary to precedent within the circuit. 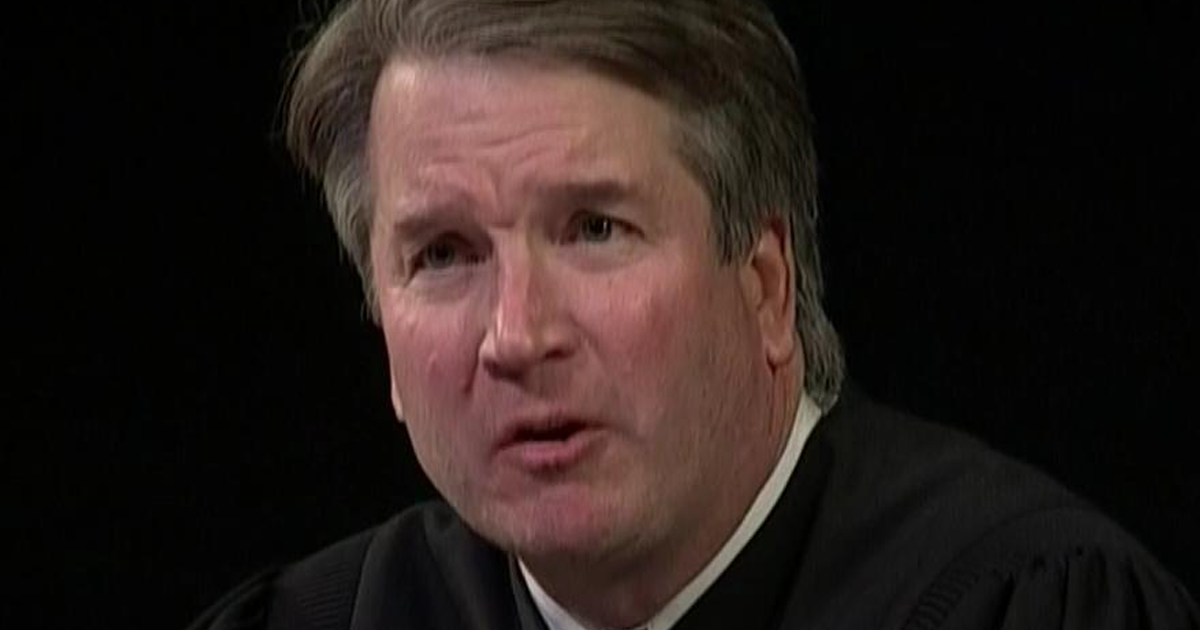 Brett Kavanaugh, a judge on the U.S. Court of Appeals for the D.C. Circuit, is well known for consistently voting to reverse protective actions and regulations by agencies like the EPA, Occupational Safety and Health Administration (OSHA), and the National Labor Relations Board (NLRB) that safeguard public health, safety, and welfare. In one decision, on a small panel later reversed by the full D.C. Circuit, he ruled that the Consumer Financial Protection Bureau (CFPB) was unconstitutional because the president could only fire the CFPB director for cause, a view that the en banc majority explained “flies in the face” of Supreme Court precedent. Kavanaugh has also been praised by right-wing commentators for his efforts to limit or overturn the Chevron doctrine — a rule which hands over power to agencies to interpret ambiguous parts of the law rather than judges as Congress intended. In one dissent, he argued that the Federal Communications Commission (FCC) rule providing for net neutrality, a law which required internet providers offer equal access to all web content, was improper and beyond the FCC’s authority. In another case, he tried to reverse an EPA fine against a company that had improperly shipped a corrosive chemical without taking proper precautions. Demonstrating the extremism of his decision, he was outvoted by two other very conservative Republican appointees, who noted that the EPA action would help prevent “significant risks to public health.” 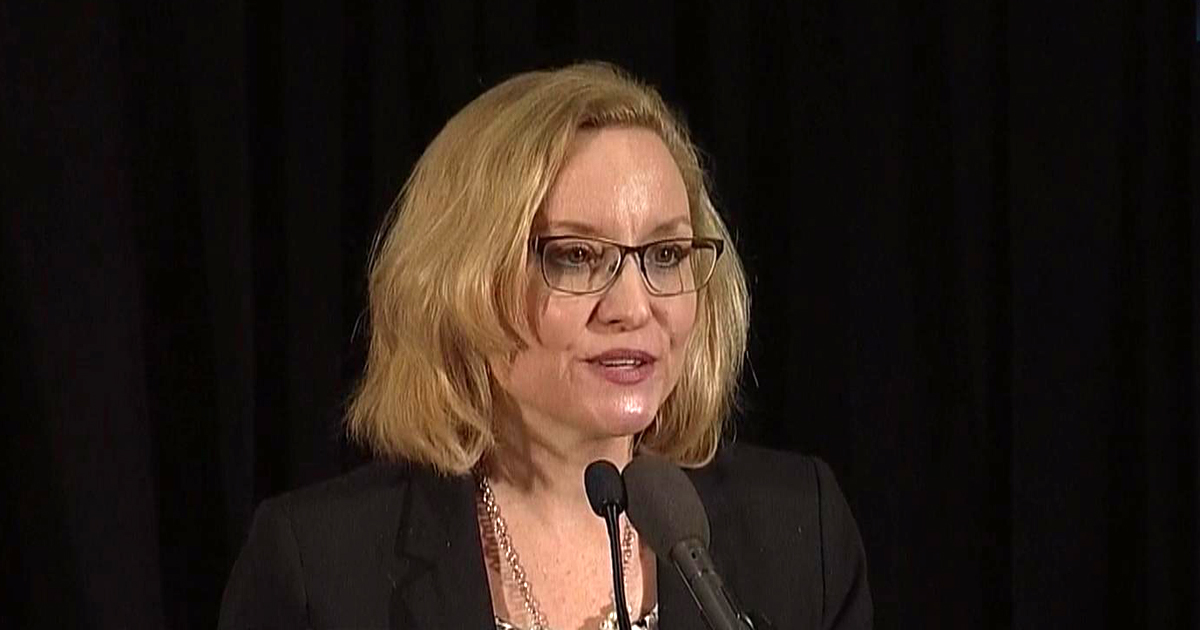 Joan Larsen, who was confirmed to the U.S. Court of Appeals for the Sixth Circuit in 2017, is also known for her troubling views, particularly on executive power before and during the Bush-era. She defended President Bush’s use of signing statements to nullify laws passed by Congress to enable the use of torture as “the president’s independent vision of what the Constitution requires.” She approvingly wrote that “if the circumstances arose in which the law would prevent [the president] from protecting the nation, he would choose the nation over the statute.” She is also known for her contempt for Supreme Court rulings that have expanded the rights of women and people who are LGBTQ. During her 2016 campaign for the Michigan Supreme Court, her website included coded language used by ultra-conservative jurists that signals a willingness to weaken access to abortion and LGBTQ rights. 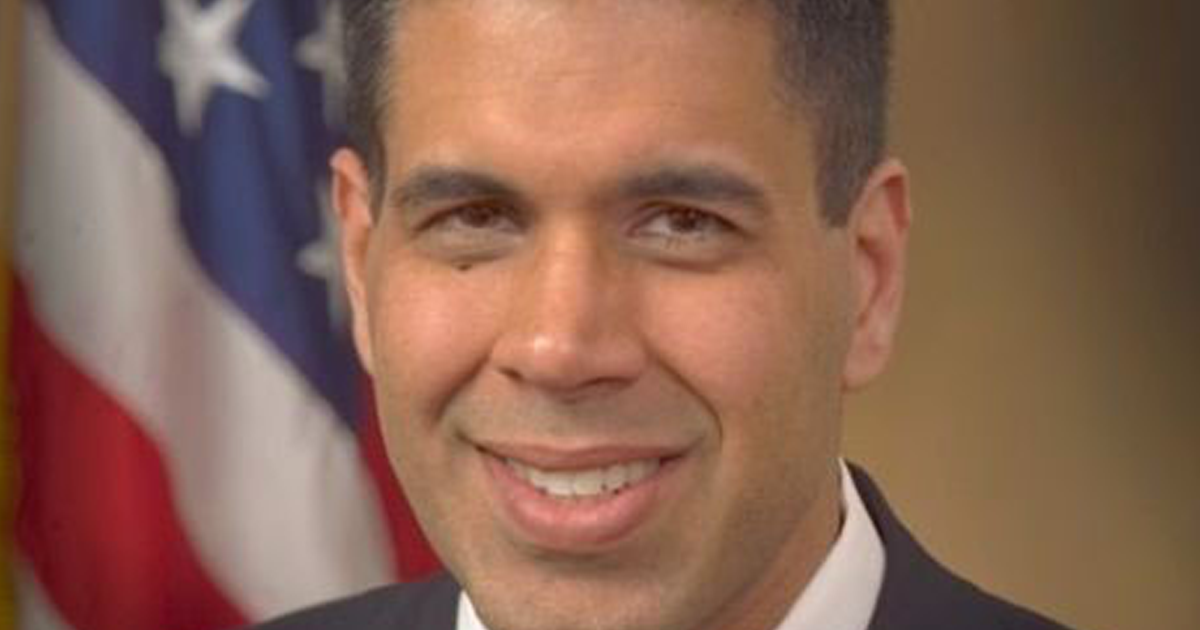 Trump’s first nominee to a court of appeals seat, Amul Thapar immediately raised deep concerns on the U.S. Court of Appeals for the Sixth Circuit for his judicial activism around money in politics, made especially clear in a case in which he used a severely flawed First Amendment analysis to strike down Kentucky’s ban on state judicial candidates contributing money to political organizations or candidates. Thapar’s distorted ruling in Wasek v. Arrow Energy Services is also particularly disturbing in the context of the #MeToo movement. In the case, a man working on an oil rig in Pennsylvania accused another member of his four-man crew of sexual harassment and bullying. Thapar authored the panel opinion saying that the victim could not take his case to trial because he could not prove that his tormentor was gay.