Turning Up The Heat: PFAW Canvass in Pennsylvania

Pennsylvania Republicans’ strategy to rig the Electoral College rests on their pushing their plan through quietly, without voters realizing what they’re up to. They know they can’t win if people are paying attention, because rigging the game isn’t fair, it isn’t popular, and it isn’t right for Pennsylvania. We’re not going to let their deception defeat Pennsylvanians’ democratic rights. We’re turning up the heat on the State Senate Majority Leader, Dominic Pileggi, who introduced the bill to rig the Electoral College. Last weekend, we led 14 Pennsylvanians on a canvass in Pileggi’s district to show him that Pennsylvanians know what he’s up to, and that he can’t get away with these underhand tactics. 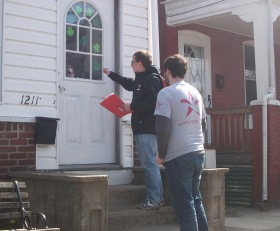 Our volunteers knocked on over 1500 doors and talked to hundreds of voters- but we’re just getting started. More canvassing and phonebanking shifts are scheduled this week, and we’ll keep this up as long as state Republicans keep trying to rig the game. We’re showing Dominic Pileggi that Pennsylvanians know what he’s up to, they know what his plan would do to their state, and that they won’t stand for it. 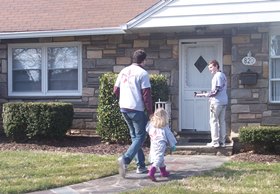 If you can, donate to our campaign here>>

The Republican Electoral Rigging Plan Is Back