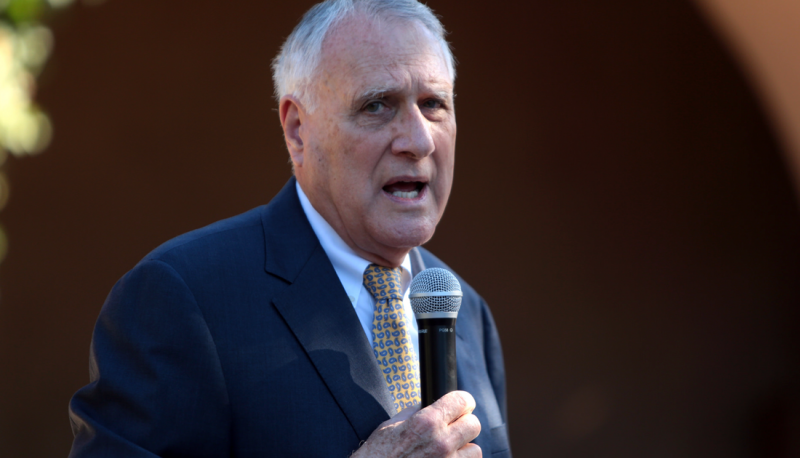 That choice wrecks the integrity of that process and of the as-yet-unidentified nominee.

Back in 2011, as part of the GOP’s effort to shut down the government over funding Planned Parenthood, Kyl said that abortion services are “well over 90% of what [Planned Parenthood] does.”  When it was pointed out that his figure was way off, he did not correct himself.  Nor did he apologize.

Instead, he responded that his assertion “was not intended to be a factual statement.” That manifested a disturbing contempt for honesty and a brazen willingness to lie in order to advance his political ideology.

But the integrity of the confirmation process rests on the nominee telling the truth to the Judiciary Committee.  Hearings would be nothing more than a dog-and-pony show if nominees didn’t tell the truth when questioned under oath by members of the committee.

Sadly, in the Trump era, that is exactly what judicial confirmation hearings have become, both for now-Justice Gorsuch and for the ultra-conservative elitists Republicans are stacking the nation’s circuit and district court with. And though it was less blatantly farcical when the other far right Supreme Court justices had their confirmation hearings, their records on the bench show that their assurances to committee members were little more than words.

But today’s news degrades the confirmation process more than ever before.

It comes as no surprise that Donald Trump’s White House would select a liaison with such demonstrated disregard for honesty.

But our expectations should be higher for a potential Supreme Court justice.

What would it mean for a nominee to let themselves be introduced to senators by someone with such a casual disregard for the truth?  Could there be any more obvious signal that the nominee’s hearing testimony cannot be trusted?