Unhappy 5th of July: Trump Judges’ Decisions in Four Cases on the Day after Independence Day Show the Danger of His Takeover of the Courts - People For the American Way
Skip to main content

Unhappy 5th of July: Trump Judges’ Decisions in Four Cases on the Day after Independence Day Show the Danger of His Takeover of the Courts 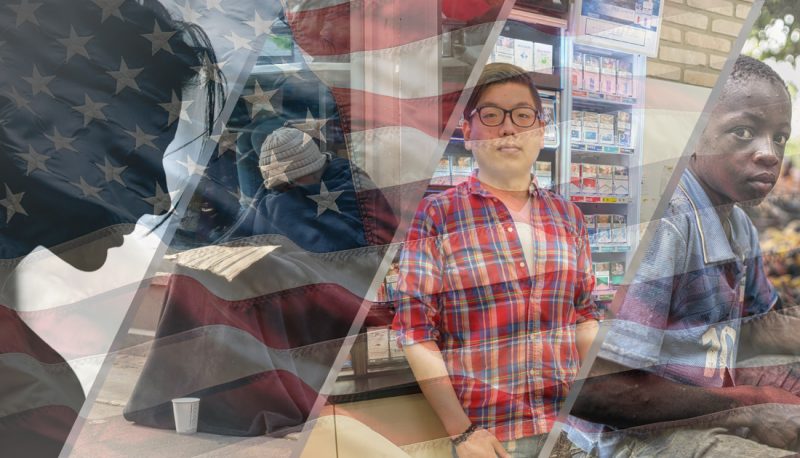 Much has been written already about the impact of the 45 lifetime appointments so far by President Trump to the Supreme Court and federal courts of appeals. For example, the PFAW “Confirmed Judges, Confirmed Fears” series has already reported on more than 150 decisions involving those judges.

But as the nation honored our independence on the Fourth of July, four different appellate courts issued separate decisions on a variety of subjects on July 5, each of which show that Trump-appointed judges threaten the values that we aspire to and celebrate every July 4.

The Eighth Circuit released a 2-1 decision on July 5 in United States v. Flute in which Trump judge David Stras cast the deciding vote to reverse a lower court and allow prosecuting a woman for manslaughter because her prenatal drug use caused the death of her newborn child. Judge Steven Colloton, a George W. Bush appointee who was on Trump’s Supreme Court shortlist, issued a strong dissent.

Colloton pointed out that the 1909 federal manslaughter statute should be interpreted to incorporate the common law principle that manslaughter did not include “prenatal neglect by a mother that later caused the death of her child born alive.” As he explained, it is Congress that should decide such “profound moral and policy questions” such as whether to “extend federal criminal liability to a mother whose drug use during pregnancy causes the death of her child,” not the judiciary.

In fact, the implications of the majority’s ruling are even broader, as the district court had pointed out. If Ms. Flute’s actions constitute manslaughter, women could also be charged with assault or manslaughter if they “consume alcohol during pregnancy” or “use chemotherapy to treat cancer” or “negligently drive an automobile and cause an accident” that result in injury or death to their as-yet unborn children. Stras’ deciding vote threatens to create such far-reaching results.

Also on July 5, the Ninth Circuit released a revised panel decision and determination not to rehear en banc the ruling in Doe v. Nestle. The panel ruled that a group of former child slaves could pursue a suit against Nestle USA and Cargill Incorporated Company under the Alien Tort Statute (ATS) for aiding and abetting slave labor of children forced to help harvest cocoa in the Ivory Coast. The court described the situation as a “pervasive humanitarian tragedy” in which the plaintiffs had been “kidnapped” and “forced to work” on the cocoa farms “for up to fourteen hours a day without pay.” They also witnessed the “beating and torture” of other child slaves who tried to escape.

Although the Ninth Circuit voted not to grant Nestle’s petition to rehear the case en banc, Trump judge Mark Bennett strongly dissented, joined at least in part by Trump judges Ryan Nelson and Bridget Bade, along with six others. Bennett argued that under a 2018 Supreme Court decision, neither domestic nor foreign corporations can be sued under the ATS, even though the Court’s 5-4 decision was limited to foreign corporations and both the panel and an international law expert have explained that the Court’s decision “preserves” possible ATS liability of domestic corporations. Bennett also claimed that the alleged conduct by the corporations in the U.S. should not be considered as “aiding and abetting” the child slave labor, despite contrary rulings in the Ninth Circuit and elsewhere. With a few more Trump judges on the Ninth Circuit, however, the court could well have prevented the former child slaves from going forward with their claims.

Again on July 5, Trump judge Allison Eid cast the deciding vote in a 2-1 Tenth Circuit decision to approve a city ordinance in Sandy City, Utah that banned all speech on most street medians. The ordinance also effectively stopped a man who is homeless from continuing to seek charitable contributions, even though he had won a challenge to an earlier ordinance banning panhandling. In Evans v. Sandy City, the Tenth Circuit majority, including Eid, affirmed a lower court ruling granting summary judgment to the city, holding that the ordinance did not place a “substantial burden” on speech.

Judge Mary Beck Briscoe strongly disagreed, explaining that the city had not “carried its burden” under the First Amendment to prove that the ordinance was “narrowly tailored to serve a significant government interest.” In particular, she disagreed with the majority’s conclusion that the ordinance did not place a “substantial burden” on speech, noting that it bans “all speech on affected medians at all times” and that it applies to a “substantial number” of medians “throughout the city.” She pointed out that the record did not contain the required “substantial evidence” to warrant the ordinance’s application to a large amount of city territory, noting that the determinations of which medians would be covered were made “anecdotally” and that problems arose only “infrequently and in a single area.” Eid’s vote to the contrary, however, clearly weakens the First Amendment, at least in the Tenth Circuit.

Finally, a 2-1 Sixth Circuit decision written by Trump judge Joan Larsen in Kutite v. Excell Petroleum affirmed a summary judgment ruling against an individual who had tried to lease a gas station from an oil company, and that ordered him to pay over $80,000 in damages. A strong dissent was filed by Judge Helene White, who was appointed by President George W. Bush, noting that the individual had suffered “substantial economic detriment” in reliance on promises made by the oil company and other defendants.

Specifically, Judge White pointed to a representation to plaintiff Mohammed Kutite by defendants’ field representative that Kutite could install an ATM of his choosing at the gas station, a representation that defendants “could have, but did not” correct “before the Assignment of agreements were to take effect on October 1, [2012].” Instead, White explained, it was only after the agreements were to take effect “and after Kutite began operating the store that Defendants first raised the ATM agreement.” In light of the fact that the defendants “sprang the ATM agreement” on Kutite after he had returned the requested forms and began operating the gas station, White concluded, a “reasonable jury could find that Kutite reasonably relied” on defendants’ representations and “suffered substantial economic detriment” as a result. But due to Larsen’s 2-1 opinion, Kutite’s case will not be heard by a jury, and he will be required to pay the oil company and other defendants, rather than the other way around.

The large number of continuing troubling opinions by Trump-appointed judges may make it difficult to appreciate their impact. These four cases, spread throughout the country but all decided on the day after Independence Day, provide a fitting reminder. The freedom and liberty that we all celebrate on the 4th of July are increasingly at risk from the decisions of Trump federal judges and Trump’s continuing takeover of the federal judiciary, aided and abetted by Mitch McConnell and Senate Republicans.