Update From the Field: Fighting to Preserve Our Gains in Wisconsin!

I’m here in Wisconsin with PFAW’s Political Director Randy Borntrager, helping get out the vote to defend Democratic State Senators Jim Holperin and Bob Wirch in today’s recall election. Yesterday we spent the day canvassing in Jim Holperin’s district, starting in We Are Wisconsin’s campaign office in Antigo, who sent us to into Shawano County. We spent almost 8 hours driving around the area, delivering literature and knocking on doors to make sure people know how important these elections are. We met some fantastic folks in the predominately Mohican community of Bartelme, including the local medicine man, who said he’d been telling all his friends to vote for Holperin and would be giving rides to people who needed them to get to the polls. The enthusiasm out there is so inspiring: we saw dozens of Holperin for Senate signs, in towns and on country gravel roads, and the folks at the We Are Wisconsin office in Antigo were working hard to keep Jim Holperin in the Senate defending Wisconsin’s working families.

Having driven the 300 miles from Holperin’s district to Wirch’s district, we’re setting up in Kenosha right now, ready to help get voters to the polls. We’ll be working hard until polls close at 8pm tonight.

Some pics from the field — canvassing and campaign offices … 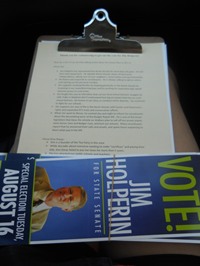 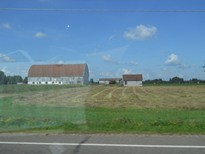 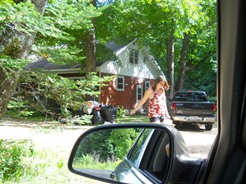 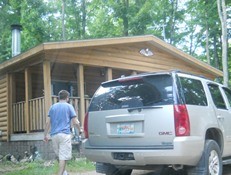 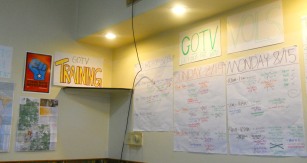 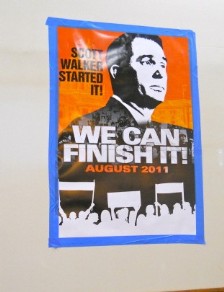