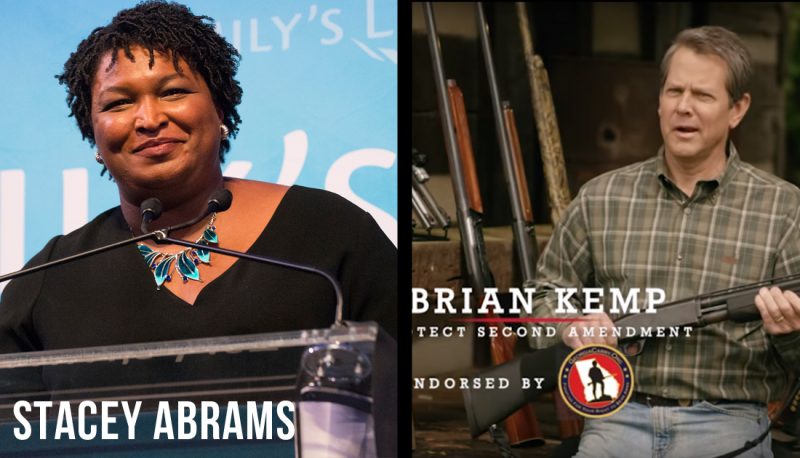 Behind the scenes, in a campaign deeply rooted in Jim Crow segregation, Republicans have been targeting people of color through voter registration purges, misinformation and fearmongering, shutting down and moving voting locations, voter ID laws and more in order to suppress their vote. And before the 2018 midterms, at a time when progressives are fired up and ready to vote, they have ramped up their efforts.

On Tuesday, October 9, the U.S. Supreme Court refused to stay a lower court ruling allowing North Dakota’s voter ID law to go into effect one month before the election. Residents will have to show identification with a current street address or other proof of residence in order to vote. People who live on Native American reservations often use P.O. boxes and tribal identifications that don’t qualify. Native Americans are also overrepresented in the homeless population who, by definition, do not have a residential address. In areas where the stresses of poverty make it difficult to put food on the table, acquiring the right ID over the span of just a few weeks could be impossible. As Justices Ginsburg and Kagan wrote in a powerful dissent:

The risk of voter confusion appears severe here because the injunction against requiring residential-address identification was in force during the primary election and because the Secretary of State’s website announced for months the ID requirements as they existed under that injunction. Reasonable voters may well assume that the IDs allowing them to vote in the primary election would remain valid in the general election. If the Eighth Circuit’s stay is not vacated, the risk of disfranchisement is large.

Meanwhile in Georgia, Republican gubernatorial candidate Brian Kemp, who is running against PFAW-endorsed Stacey Abrams, refuses to step down as Georgia’s secretary of state. If Abrams wins, she would be the first Black woman governor in the country, but she is fighting against a system that oppresses voters like her. Her opponent has a history of voter intimidation—purging an estimated 1.4 million voter registrations since 2012 and launching a series of investigations over the years into activists who had registered a total of nearly 200,000 Black, Latinx, and Asian voters. Now for his own November midterm election— in which he is the candidate and oversees the election—he has placed 53,000 registrations on hold through an arbitrary “exact match” registration verification process like the flawed system promoted by Kansas Secretary of State and gubernatorial candidate Kris Kobach. The program has been known to suggest registration purges for errors as small as a stray comma under the guise of so-called security. Two-thirds of those registrations belong to African Americans. The voting machines, voting locations, and even the voter information website in Georgia are all managed by Kemp’s office. According to Sara Henderson, executive director of Common Cause Georgia, he is “going to self-select his own voters.”

Voters are enraged and ready to show up to oust the people who don’t hold the current president, his administration, and Republicans in Congress accountable. Many are thinking about the dozens of travesties that have taken place under Trump, including child separation at the border, repealing DACA, dismantling of the ACA, Muslim bans, rolling back of LGBTQ rights, the confirmation of 84 Trump judges (including newly-minted Justice Brett Kavanaugh), extreme far-right cabinet appointments like Betsy DeVos and Scott Pruitt, Trump’s abhorrent treatment of foreign allies, his response to Charlottesville (“both sides”), support of known sex offenders, attacks on the media and partaking in ongoing corruption.

What is also on our minds is the upcoming redistricting after the 2020 census that will determine the future of district voting lines for a decade. In 2010, Republicans used their state-by-state power to draw partisan congressional and legislative districts that favored conservatives. Only by winning back crucial local, state and national offices will Democrats be positioned to correct these injustices.