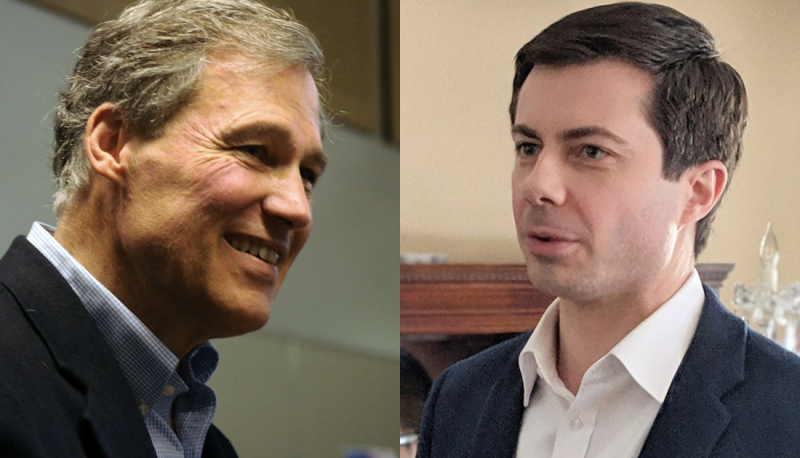 As part of its #VoteTheCourts2020 campaign, PFAW is asking Democratic presidential candidates’ to discuss their plans to nominate and confirm fair-minded constitutionalists to the bench.

During campaign stops in Nevada in late March and April, Washington Governor Jay Inslee and South Bend, Indiana Mayor Pete Buttigieg were asked about which qualities they would look for in judicial nominees.

Governor Inslee said, “The first thing that I would look for is a sharp practitioner of law, who understands law. They have to understand the historical place of the judicial system in American democracy … I will look for people that will understand that critical nature that you have to stand up for our civil liberties, against sometimes the majority. I would look for diversity because we want more diversity throughout our democracy.”

We want it to be clear that we expect every Democratic candidate to say clearly that they would nominate fair-minded constitutionalists. Want to help? Tweet us using the hashtag #VoteTheCourts2020 when you see or hear candidates emphasize the courts on their websites, social media, and in their speeches.