#VotetheCourts2020: Elizabeth Warren Calls Out Corruption in the Courts - People For the American Way
Skip to main content

With the 2020 presidential election fast approaching, it’s important to keep the importance of the courts and of appointing fair-minded judges to these courts at the forefront of the debate. Since he took office, Trump has been appointing narrow-minded elitist to the bench at a ferocious rate, putting the rights of all Americans at risk. This is why PFAW has launched its VoteTheCourts2020 campaign encouraging Democratic hopefuls to commit to appointing fair-minded judges to the Supreme Court and to lower courts who will protect the rights of Americans everywhere.

Last month, during a New York City presidential rally, Sen. Elizabeth Warren addressed the current bias of courts populated with Trump’s narrow-minded elitists, where the interests of corporations are valued over the rights of everyday Americans.

To a crowd which proved to be her largest turnout of supporters, she said, “Right-wing groups have spent millions of dollars to ram through aggressively unqualified nominees who are likely to advance their causes. No one should be surprised that public confidence in our federal courts is at an all-time low.”

Warren went on to say, “We will rewrite the basic code of ethics for federal judges, and we will appoint a whole new generation of judges with diverse background and a wide range of legal experiences. Judges who actually believe in fundamental principles like rule of law and civil rights and equal justice.”

PFAW’s insistence on appointing fair-minded constitutionalist judges has been one of our most critical priorities. We need judges who favor justice and equality for all rather than those who side with only the rich and powerful. 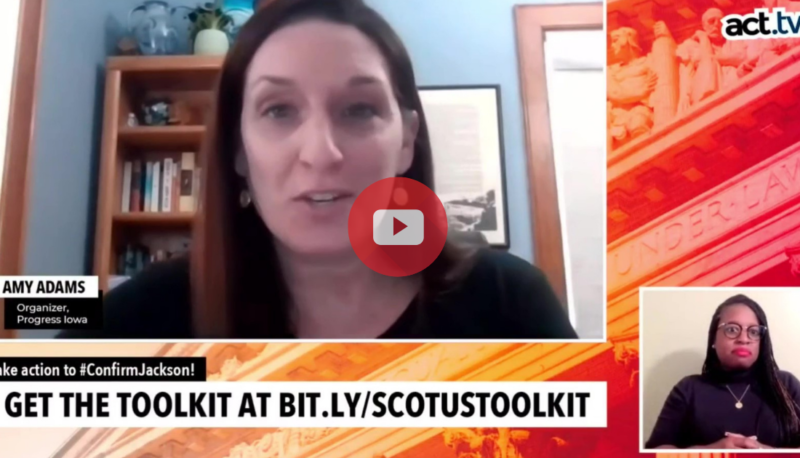 How We Fight for a #JusticeForAll: Write a Letter to the Editor