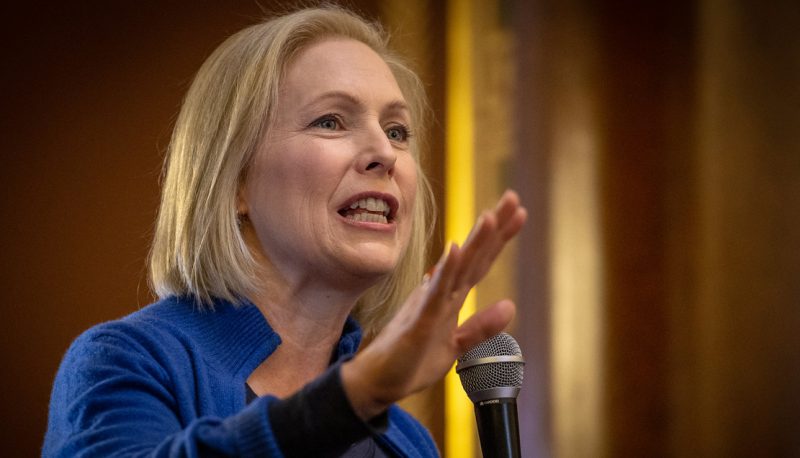 On May 7, Democratic presidential candidate Sen. Kirsten Gillibrand, D-N.Y., sent a clear message that as president, she would nominate fair-minded constitutionalists who value equality and justice.

In an op-ed posted on Medium, Sen. Gillibrand wrote that “as president, I will only nominate judges – including Supreme Court justices – who will commit to upholding Roe. v. Wade as settled law and protect women’s rights.”

Sen. Gillibrand continued, “Women deserve a president who understands the real stakes in this fight for the judiciary. President Trump is appointing circuit court judges at a record pace, not to mention making two Supreme Court appointments. The impact of those appointments on Americans – and on reproductive rights in this country – will extend far beyond the end of his presidency. We have to fight back … And as president, I will protect our courts from ant-choice extremists.”

Sen. Gillibrand also spoke about her plans to nominate fair-minded judges at a Nevada campaign event in April. She described her criteria for nominating judges and Supreme Court justices who are “smart. Honest. Fair. Qualified.”  She continued, “We don’t really have that with President Trump. It’s a challenge … I voted against more judicial nominees and cabinet nominees than any other Democrat in the U.S. Senate, because most of his nominees are either unqualified or corrupt.”

PFAW welcomes our members and activists to share submissions of Democratic presidential candidates discussing the importance of the courts on their websites, on social media, and in their speeches using the hashtag #VoteTheCourts2020.