Why Is Jeb Bush Courting Pat Robertson? - People For the American Way
Skip to main content

Jeb Bush, battling slumping poll numbers, will travel to Regent University this Friday for an interview with the school's founder, televangelist Pat Robertson.

Jeb's decision may be mystifying, particularly to millennial voters who knowRobertson mostly as a televised buffoon given to outrageous and embarrassing comments, bad advice, faulty predictions, and personal conversations with God about presidential politics. But while Robertson's influence has diminished over the years, he has had a lasting (and damaging) impact on American culture and politics.

Like the late Jerry Falwell, Robertson was a pioneer in the use of television to build a Christian ministry, and Robertson joined Falwell and other televangelists who teamed up in the late 1970s to create the Religious Right political movement. Falwell was a fundamentalist Baptist and Robertson a charismatic Pentecostal, but they found common ground in promoting a sustained, religion-based attack on separation of church and state, feminism, gay rights, unions, and other enemies of the right-wing political strategists, like Paul Weyrich, who recruited them into politics.

Robertson actually ran for the Republican presidential nomination in 1988. He didn't get very far as a candidate, but he built a huge list of supporters. Political operative Ralph Reed turned that list into the Christian Coalition, which at the beginning of the 1990s set itself the goal of taking working control of the Republican Party.

Pat Robertson, in other words, helped create today's polarized politics — a Republican Party that is much further to the right than Ronald Reagan's and far less willing to engage in the compromises required to govern, and a Religious Right movement that continues to poison our political climate by treating politics as spiritual warfare and political opponents as demonic enemies of faith and freedom.

A memorable example of that attitude came just after the 9/11 attacks, in which Robertson joined Jerry Falwell in blaming the attacks on gays, feminists, defenders of church-state separation, and People For the American Way. But we can hear the same attitude from GOP candidates and right-wing activists every day.

Regent University, where Jeb Bush will speak on Friday, is part of the massive cultural and political infrastructure that Religious Right leaders like Robertson have built in recent decades. Religious Right schools of government and law produce people like Michele Bachmann and former Virginia Governor Bob McDonnell, who see public office as a way to make America conform to their "biblical worldview."

Another part of Robertson's infrastructure is the American Center for Law and Justice, which he created to be a Religious Right counterpart to the ACLU. The ACLJ has undermined church-state separation in the U.S. and promotes a global culture war through offices in Europe, Russia, and Africa. While it portrays itself as a champion of religious freedom, the ACLJ fought bitterly against the building of a Muslim community center that was falsely dubbed the "Ground Zero Mosque."

ACLJ founder and chief counsel Jay Sekulow is scheduled to moderate the audience Q&A at Bush's appearance. He may or may not mention that his son Jordan, executive director of the organization, was hired earlier this year as an adviser to Jeb's Right to Rise PAC.

Jordan Sekulow's hiring was seen as a signal that the Bush campaign was serious about competing for conservative evangelical voters who might initially be more excited about other candidates. Bush's pilgrimage to Regent University is another sign that even "establishment" Republican candidates are dependent on the Religious Right activists who make up a big part of the party's base.

And Bush, whose plans to run as the financially dominant above-it-all powerhouse were derailed by Donald Trump, is back to the GOP primary slog. And he's looking for support from Religious Right leaders with their own political agenda, one that threatens the rights of women, LGBT people, religious minorities, and anyone who doesn't meet their definition of a real American. 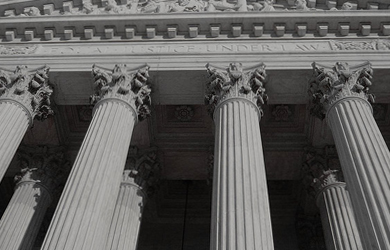 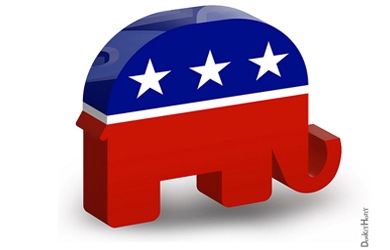 Bush Will Back GOP Nominee, Even If It’s Trump