Why the Defeat of Arizona’s “Right to Discriminate” Bill Matters

Last week, Arizona Governor Jan Brewer vetoed SB 1062, a bill that would have made it legal for businesses and employers to discriminate against lesbian, gay, bisexual, and transgender people if it was due to a “deeply held religious belief.” Many Arizonans and national leaders on both sides of the aisle vehemently opposed it, including members of affiliate People For the American Way Foundation’s Young Elected Officials (YEO) Network.  US Representative Kyrsten Sinema (AZ-09) and Arizona State Senate Democratic Leader Anna Tovar spoke out on MSNBC. Tovar also said in a statement:

SB 1062 permits discrimination under the guise of religious freedom. With the express consent of Republicans in this legislature, many Arizonans will find themselves members of a separate and unequal class under this law because of their sexual orientation.

Supporters of SB 1062 and legislation like it have argued that it is necessary to protect the “right” of business owners to deny services to LGBT Americans. Why does fighting this flawed assumption matter? Why would LGBT Americans want to patronize a business that is trying to discriminate against them?

It matters because our values define who we are as a people.  Do we want to be an America that permits discrimination because we disagree with someone? An America that legislates away the dignity of a group of our fellow citizens? The desire to have and feel dignity is something that reaches into our very core. It is why African American students refused to get up from lunch counters during the civil rights movement. Though the circumstances behind those heroic acts were different, at least one of the core motivating factors is the same – the desire to have dignity and be valued as a human being.

We as a nation decided to set precedent as a result of the civil rights movement, that we would not allow ourselves to be defined by hate and ignorance, and that discrimination based on race, gender, disability, national origin, and religion would not be tolerated. Why would we hold love to a different standard? Like religion, it is deeply personal and central to who we are, and our freedom regarding that area of our lives is recognized as basic to the very concept of liberty. And we can no more change who we love than change our race, sex, or national origin.

Unfortunately Arizona was not alone in proposing a bill that would allow businesses to deny services to LGBT Americans. In all, 12 states had similar bills simultaneously working their way through their state legislatures. In the fallout from SB 1062, most of these states quietly killed these bills with little fanfare. But a few states like Idaho, Mississippi, and South Dakota are still considering similar legislation, and Oregon is even considering a ballot initiative.

It is time for us as a country to be bold and unapologetic about our rejection of discrimination. It is important for us to have conversations about why our brothers and sisters, sons and daughters, and neighbors and friends deserve dignity and equality. We must not be afraid to speak out in opposition to these bills if they are introduced in our state, and we must exercise our right to vote by removing elected officials from office that choose to support legislation that diminishes the dignity of others. 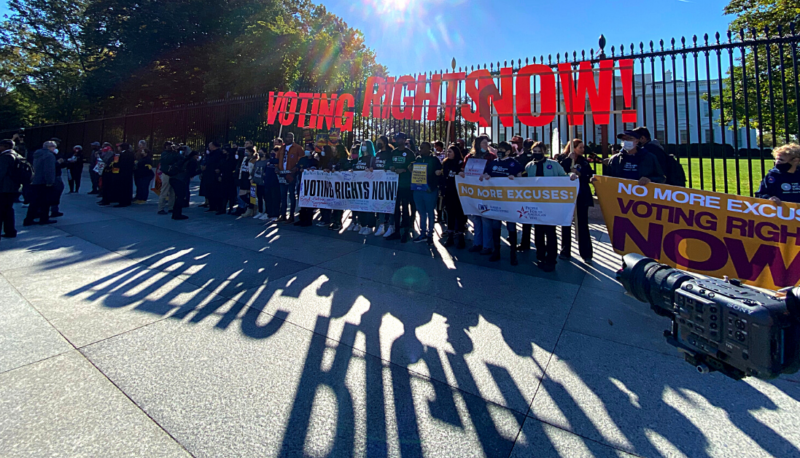