Why the National Conversation on Immigration Reform Is about My Family

I am a 24-year-old, proud Floridian. My parents came to the U.S. from Colombia many years ago, looking for a safe and opportunity-rich place to raise their daughters. From the time I was a toddler, I have spent my whole life here in Florida. I received a great public education, participated in sports, and served as a member of a Christian youth group. I am also an undocumented American.

What does that mean in my day-to-day life?  It means that despite my top grades in high school, I can’t get financial aid to go to college. It means that no matter how hard I study traffic rules or parallel parking, I don’t qualify for a driver’s license.  It means that though I am proud to have been raised here in America, there is no waiting list I can join to one day become a U.S. citizen.  The path is simply not there for me.

The Senate “Gang of 8” includes my senator, Marco Rubio, who has said he believes in a path to citizenship. “But,” I asked in an Orlando Sentinel op-ed last month,

“when push comes to shove, will Rubio support a meaningful path to citizenship? It can't be a path in name only; it must be clear and direct, not tied to arbitrary metrics around border security, like he has proposed. The path to citizenship can't be full of hurdles and trap doors, and it can't require a decades-long wait in line. No one should be blocked from citizenship and relegated to a lifetime stuck in second-class status.

Rubio's parents left Cuba and came to the U.S. for economic opportunity – the same reasons my parents left everything they knew, making sacrifice after sacrifice for my family's future. Would Rubio deny my family the same opportunity his family had?…It's time for Rubio to truly represent Florida – the immigrant families who came here seeking a better life and everyone who believes in a common-sense solution that doesn't involve deporting millions of hard-working men and women or forcing them into a permanent underclass. It's time for Rubio to step up, on behalf of his mother and my mother…”

And thousands of other mothers and fathers out there.  My parents had a dream that I could grow up in the United States and get a world-class education. My dream for my parents is that they can see me and my sisters thrive and fulfill our potential – and for them to be part of the American dream, too. Right now that dream seems distant for my mom, who was stopped while driving without a license over six years ago and is back in Colombia. My dream is now my parents' dream. A dream that immigration reform will include family reunification and that my mom will return to the United States. I miss her every day.

I’m a Young People For Fellow, a member of the United We Dream Network, an undocumented American, and most importantly a daughter to the most courageous woman I have ever known. I hope that no other family has to endure the separation that mine has, but I know that so many others are suffering the same heartbreak. 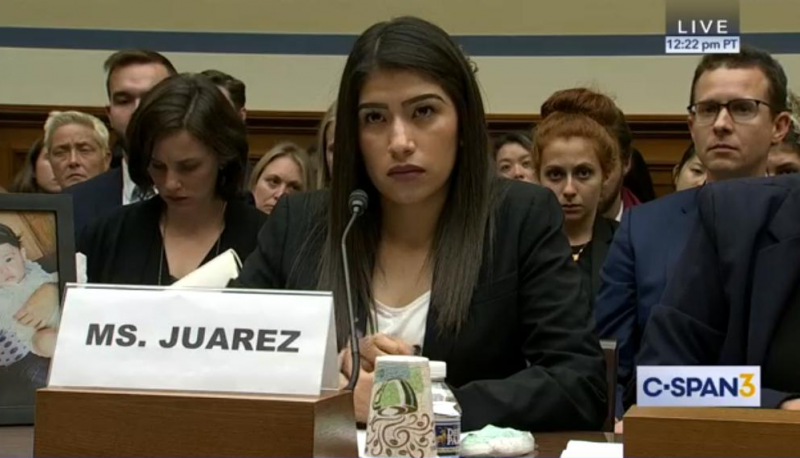